Industry » Safety & Security » Private Security: A Race to the Bottom?
« BACK

Private Security: A Race to the Bottom? 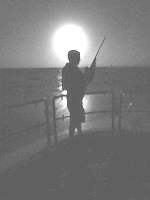 The private maritime security industry has been in a state of flux for years. It has grown exponentially, rising to meet the needs of a moment but growing well beyond the actual threats represented by piracy off East Africa. It has been the subject of both praise and criticism. It has evolved in technique, adapted to the times. It has benefitted from loose – some might even argue nonexistent – regulation and oversight, while also falling subject to harsh interpretations of local laws in many instances.

All the uncertainty has led both government organisations and security companies to seek out some stability. This has manifested itself mostly through calls for higher and uniform standards throughout the industry, with the most universal approach being handled by the United Nations’ International Maritime Organisation (IMO). The IMO has received a set of standards from the International Organisation for Standardisation (ISO). However, according to the head of one such U.K.-based private security company, the push for standards has actually had a somewhat inverse effect on the industry, given that there is no international body to enforce the standards. So, while established private maritime security companies (PMSCs) invest in meeting higher standards, others establish themselves with the deliberate intent of undercutting them in price by  ignoring standards altogether.

“The issue, I think, with standards is that the operations that are undercutting the legitimate operations are not fly-by-night; that’s their whole business plan. Long-term, it's to have low standards and go ahead and continue to operate,” said the head of the PMSC, who asked to remain anonymous. This has generally taken two forms: either they will operate with only two armed guards, “which is not terribly safe,” or they will employ foreign nationals that aren’t trained to a very high standard.”

Despite the haphazard approach, this has become quite popular among many operators, according to the director. A sort of mystique has developed around having armed guards on board. Perhaps it’s the tangible nature of seeing a guy holding a gun, but the gut reaction to arm ships has been widespread – a worrying notion for the IMO.

“The whole maritime security industry hasn’t really developed past getting armed guards. There’s not really all that much offered by the companies and there’s not much demanded by the industry,” said the director. “One of the issues from the other side – from the crew – is that they won’t travel at all without armed guards.”

Since no vessel carrying armed guards has been successfully taken, the mere presence of armed guards seems to be enough to put even the wariest sailor’s mind at ease. There has even been talk of a scarecrow technique being used – placing men on the deck with oversized wooden guns, or mannequins holding fake Kalashnikovs.

Due to this fact, many ship owners are wondering what exactly is the need for highly trained armed guards.

“One of the reasons is the lack of necessity to actually do anything,” said the director. “So you could have just a guy with a wooden gun or model actually having a good deterrent effect. So any untrained person who’s willing to stand on the back of your ship for a couple of quid is doing a good enough job.”

“Since ships aren’t getting attacked as soon as they have any kind of armed guard, ship owners are increasingly questioning why they need to have such high standards,” he continued. “They’re saying: Okay, do you really need someone who can put out fires and who has been highly trained as a marksman and has a decent optic on their sight on their weapon? Increasingly, it’s just that they’ll put someone on the back of their ship with an AK47 and a very low level of training and poor communication skills.”

Often, these guards are being drawn from places like Kenya, Sri Lanka and the Philippines, and earning £10 a day, said the director, whose company has done a number of both yacht and merchant trips. “And you could argue that they’re quite good,” the director added, noting that the Philippines has established a whole training scheme to capitalise on the trend. In the end, if there is rarely a call to action, “what is the point of using U.S. Special Forces?” the director asked.

“Literally, we’ve sat in meetings with some very prominent oil companies,” he said, “and they’ve said: Just tell us how much it is, and we’re only interested in armed guards. We’re not interested in any difficult weapons systems. We’re just interested in a guy on the back of a ship who’s insured. How much is that everyday?”

Well, that depends on which PMSC you employ. As an operator within the U.K., the director said he found the process to be illegal. “Fundamentally, we’ve found that the whole process was illegal by British law,” he said. “ You need to use a floating armoury, but you’re not allowed to use a floating armoury by the terms of your general export license.”

“Although the British government said they’d turn a blind eye to those sorts of issues – and I actually heard officials say that to me – I wasn’t prepared to accept that,” he said.

Largely for this reason – but also because of burgeoning success in other sectors – the director and his company have decided to back out of the armed guards business, describing what he has seen as a “race to the bottom.”

“We didn’t want to continue to operate in a cheap part of the market, and I could see that whole downward pressure on maritime security was going to continue for quite some time,” he said.

“I think that the core issue is that price being the main driver is bound to bring low standards, and that is probably being made worse by the lack of international regulation,” the director said. “So, any nation – or any single nation, like the U.K. - that has lots of armed guards and that tries to raise standards; actually that has the effect of lowering standards internationally.”

The deterioration of standards does not account for the entire industry – and certainly not in yachting, he said.

“With yachting there’s kind of a more established market,” he said. “ It’s a little bit harder to get into and I think it’s less price-sensitive.”

In an interesting observation, the director said he’s seen weapons dealers will sell directly to the yachts. “So the weapons are owned by the yacht and the crew can be trained-up to carry weapons when necessary,” he said. They can either be hidden in special compartments or logged as sporting weapons to avoid major complications.

his company has been pushing for a more subtle approach to security, offering vessel-mapping and monitoring systems that they thought would be a reliable alternative to armed guards. However, the maritime sector hasn’t taken up the technological advances, preferring instead to rely on the cheaper option of armed guards.

Are you seeing the same thing on board? Or do you disagree? Let us know your thoughts by using the comments box below.