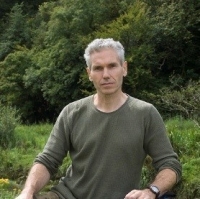 Dr. David Irons, a director at Ocean Medical, is a general practitioner and emergency medicine doctor with a special interest in remote medicine. He has also been teaching MCA/STCW95 medical courses since 1994. Here he discusses the obvious and sometimes less obvious causes of hypothermia and how to treat it.

Hypothermia is caused by cooling of the body to below 35 degrees Celsius (95 degrees F). The cause may be obvious, such as man overboard (MOB), and can happen very rapidly depending on the sea temperature, the amount of clothing the person is wearing, their build and their fitness.

However, the cause can frequently be less obvious and may be overlooked as the reason why other problems later occur. A common scenario might involve someone suffering from seasickness who can only feel relatively comfortable above decks. They will usually be reluctant to go below for warm clothing. This can lead to a degree of hypothermia accelerated by older age and dehydration, which could result in a stroke or heart attack. The hypothermia trigger is often overlooked when this happens but the resultant condition could often have been avoided if the person was kept warm and if they were treated for the condition that might have lead them to be sitting out in cold weather.

Hypothermia may also be caused by other conditions, such as heart attack, and people who develop hypothermia for no obvious cause need a full medical assessment along with treatment for the low body temperature. Another more dramatic reason for hypothermia is that of extensive burns, which will be covered in a future article.

To understand treatment in hypothermia it is important to understand the changes that occur in the body when the core temperature drops. As the body cools down, its response is to minimise warm blood circulation to the 'non-essential' areas. This means reducing blood flow to the skin, then muscles, and then intestines and stomach. The aim is to keep warm blood in the vital, core areas, such as the heart, lungs, brain and kidneys. To achieve this the body tries to fit its entire circulation (perhaps 5-to-6 litres of blood) in a core circulation of down to perhaps 3 litres. In order to do this, the kidneys are told to offload fluid (called Diuresis), which results in the passage of a lot of urine.

The result is a core circulation which is hyper-concentrated (because we can't offload blood cells, only the fluid around the cells) and obviously low volume. Out of interest, if the cause for hypothermia is immersion in water, this process is also accelerated by water pressure on the body.

The first step, if the cause is MOB, is rescue. The person should always be rescued in a horizontal position using, ideally, an MOB system such as Markus Net or Jason's Cradle. The reason is simple: if they are lifted straight up and out of the water, blood concentrated in the core can drop, due to gravity, into the loose veins of the legs and suddenly drop the core blood pressure and cause shock, cardiac arrest or stroke.

The aim then depends on the severity and fitness of the person. The severity is not usually obvious and it is wise to assume the person has a more serious condition until proven otherwise.

If the person has a low and thickened blood volume and they are treated in a way that would divert blood to the skin or muscles by overheating, overstimulation, too much movement, etc., the result could be shock, heart attack or stroke.

The aim, therefore, is to allow the 'non-essential' areas to open up their circulation slowly while replacing fluids. So the more serious the situation seems to be, the gentler the treatment needs to be!

Fluids – and particularly warm fluids – are ideal. However, in serious cases the person may not be able to take fluids by mouth (due to unconsciousness, confusion, drowsiness, etc.) and even if they theoretically can take oral fluids, the fluids might not be absorbed because the stomach may be an area that is 'switched off' and could lead to vomiting.

The only way, therefore, to replace fluids would be intravenous (but there will be no obvious vein to find even in the unlikely situation that someone is trained in this procedure) or intra-osseous (into a bone). The latter is the perfect solution. It is an easy technique and can deliver warmed sterile fluids directly into core circulation. The treatment should always be managed by a professional 24/7 medical advice service, even if the person's condition doesn't seem serious.

The general rules of treatment are:

If unconscious and not breathing, assess for DR ABCDE (resuscitation protocol) and start CPR and defibrillation as advised by a defibrillator and your assessment (which can go on for hours whilst gently warming    the person. There are continuous CPR devices such as Zoll Autopulse, which can dramatically help in this scenario.

Dr. David Irons is a director and owner of Ocean Medical International (OMI), which has been supplying medical kits and equipment, radio/telephone medical advice, and crew medical training since 1991. He is a working general practitioner and emergency medicine doctor with a special interest in remote medicine. He has also been teaching MCA/STCW95 medical courses since 1994, and has been designing and supplying medical kits for yachts and merchant vessels since 1993.

For more information on Ocean Medical International, visit www.oceanmedicalinternational.com. You can contact Dr. Irons at doctor.david@omi2.com.