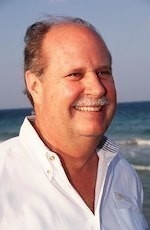 Hurricane Katrina was not kind to the Gulf Coast. Therefore it was not kind to Trinity Yachts or the company’s vice president, William S. Smith III – better known in the industry as Billy. Mr. Smith, John Dane III and Felix Sabates bought the company in 2000 with the purpose of building a new generation of superyachts. By 2005, they had done just that and made quite a name for themselves. But then came along a storm called Katrina.

In August 2005, Hurricane Katrina severely damaged the company’s shipyard in New Orleans. In need of a new space, they bought a yard in Gulfport, Mississippi, and resumed work. But the seller made one condition: Trinity had to sign a non-compete agreement to work solely on yachts until 2010.

The limitations did not seem to slow Trinity down in the least. They were employing around 1,000 workers around the time of the economic collapse in late 2008 and early 2009. In late 2012, they had 650 people working for the company and were looking for 100 more. They have benefitted from the expiration of the non-compete agreement and are working in four markets now – yachts, patrol boats, off-shore vessels and inland oil barges. “We’re in four markets and we’re still not the size we were just in the yacht market in ’09,” he said. The military and commercial work has kept them busy, and the yacht operations have been moved back to the rebuilt New Orleans shipyard because of the backlog of commercial work.

OnboardOnline sat down with Mr. Smith for a while during all the commotion at the Fort Lauderdale boat show and discussed the market conditions, politics and the demonization of wealth. Too intrigued to let it end there, we called Mr. Smith back in January to finish up the conversation.

For purposes of continuity, the following is a mixture of the two conversations. OnboardOnline: So how are things going at Trinity for the moment – and in the industry as a whole, as you see it?

William S. Smith: “We’re finishing up some boats. The other yards are all suffering a huge decline in inquiries and contracts. And the contracts being signed, if any – I haven’t heard of any being signed so far in the new year – but the contracts are being signed at little or no profit, I’m sure. We have been fortunate that we did sing a contract for a 59m [193 ft.] yacht in Feburary. This helps, but we need additional orders to maintain our skilled workers.”

OO: How rough was the Recession on your operations?

WSS: “It’s been slow the last four years. Since September of ’08 – that’s when the crash hit. We’ve delivered yachts in that period, but we’ve not been selling very many. We expect that to change. We expect a slight bump after the [U.S. presidential] election, no matter who gets elected.”

OO: Where do you see that now? Do you think it will be coming around anytime soon?

WSS: “I have a feeling there’s a recession fatigue and the buyers are going to get on with their lives. But it’s a shame that this whole political class warfare, the ‘one percent,’ attacking the rich, has driven a lot of these owners underground. We’ve lost – well, there was one potential contract, a huge contract, that we lost because the guy eventually said, ‘I can’t be seen building a boat.’”

OO: He gave up on the idea of a new yacht because of how it might look?

WSS: “This is true life – attacking the guys who create the jobs. So what this guy did: He quietly bought a yacht, second-hand, under the radar, but the 200 to 300 guys that he would have employed in that new construction, they didn’t get that work. So, he’s still yachting. Attacking the ‘one percent’ didn’t hurt the one-percenter, but it did hurt the other 99 percent. And that’s the whole fallacy of attacking the wealthy.” OO: Do you think that will continue?

WSS: “We hope the country will get over this political warfare – it’s crazy. It’s the rich guys that generate jobs. As one commentator said: ‘I’ve never gotten a job from a poor man.’”

OO: A similar thing happened with private jets in the U.S. after bailed-out auto executives showed up in Washington, D.C., in jets. Has it been similar?

WSS: “It’s very similar, very similar. Okay, so the guy sells his private jet and then signs up with NetJets, or a similar private jet service. The politicians are not hurting this guy, but they are hurting all of the blue collar workers and the companies that build private jets. These people going after the wealthy just don’t get it. It’s stupid and shallow. And it hurts the workers they claim they are trying to help. The industry needs to get the point out that these are manufacturing jobs here in the US and that we can compete against China. There are not many U.S. manufacturing jobs where you can successfully compete against China, and you can compete on a worldwide basis, without any subsidies from the US government. And yet we do this on our own. We do it on the basis of design, the basis of quality and luxury because these ‘one-percenters’ will pay for quality.”

OO: And so ramifications of this attack on wealth are having real consequences for Trinity employees?

WSS: “Well, between ’09 and ’12, we lost over 300 workers just because of the slowdown in the yacht market. These were highly skilled workers and, you know, they have enough skill to probably find something else. But the luxury yacht market is a manufacturing business that we can still compete against the Chinese. Fortunately, we’re not competing solely on price. We’re competing on quality…And astute owners will pay the difference. They will not pay the difference in tennis shoes or whatever. Most people know there are not many manufacturing jobs where the U.S. can compete against the Chinese. It’s a shame that one of the few areas where people are willing to pay for the quality and the prestige and the brand name are now being demonized and, as a result, they feel like they shouldn’t be caught building a boat right now. It’s a shame. It never hurts the rich guy; it always hurts the worker.” OO: In other words, they’re not looking to just build a yacht on the cheap.

OO: What kind of annual salary are we talking about for some of these guys?

WSS: “Typically, a worker out of high school that knows how to weld can come to work for us if he can pass our welding test and our welding requirements. He should be able to make $55,000 per year or greater within the first two years. As we are non-union, we promote on merit and we’ve been fortunate enough to attract good people.”

OO: Do you have a sense of where the market is heading?

WSS: “All of that is extremely hard to measure. When people are optimistic, they’ll spend money; when they’re pessimistic, they won’t spend money. Whether the glass is half-full or half-empty is a matter of opinion. The glass may be at 50 percent; how you view that level has a lot to do with how you’re going to behave. If you think the glass is half-empty and getting emptier, you tend not to spend money. If you think the glass is half-full and getting fuller, you tend to spend more money. And I don’t think anybody right now – even though the stock market is doing fine – I just don’t see a lot of people out there that are very bullish on the next couple of years. And I think that’s reflected not just in our lack of sales, but in everybody’s lack of sales.”

OO: What do you think led to the massive growth in the industry over the previous two decades?

WSS: “One of the things that really drove the growth of the market back in the ‘90s was the advent of enhanced communications. Most of these owners are working wealthy. They don’t have to work anymore, but they enjoy working and they’re going to remain working. So they discovered that, if they have communications, then they can work on the boat.

“They had watermakers back in the ‘80s – which enabled them to extend their cruising. And then after that was the zero-speed stabilization – the improvement in stabilization and other systems that improved the quality of life on board. So, those are the things that made yachting a lot more comfortable and possible, and this led to more people enjoying the experience. “Then you had the emergence, at the same time, I believe, of the cruise industry, which exposed a lot of people to the ocean lifestyle. And certainly the ability of the idea of chartering these yachts has exposed a lot of people to luxury yachting. So now, instead of having the risk of buying a yacht to experience yachting, they can now charter to see if they enjoy the lifestyle. There was a study that seemed to indicate that approximately 20 percent of these people that charter heavily will go on to purchase a yacht.

“So the exposure of a lot of people to yachting has led naturally to some buying. That’s how a lot of the Russians got into yachting by chartering first and then going out and commissioning big yachts.”

OO: Having it spread within a social circle is important…

WSS: “Their sphere of influence definitely impacts their decisions, as well as the decisions of their friends. I mean, we just had a Russian buy a 50m [164 ft] Trinity and, in speaking with him we learned he’s buddies with a lot of the other guys that have yachts. So he’s just kind of joined into that club. So, the emergence of the Russians, the Indians, South Americans and to a lesser extend the Chinese – these are all people that are being exposed to yachting and quite a few can now afford yachts. And also you’ve got the second-generation wealthy in the Middle East and they’re buying some yachts now.”