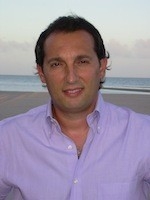 Two giants in the yacht interior industry – Genesis and Yachtline – merged in 2001, and the manufacturing company has been a force to be reckoned with ever since, having worked on more than 100 yachts. In this time, they have spurred innovative techniques and diversified their business.

From the start, Pisa-based Genesis Yachtline built full-scale mock-ups of interiors for clients to review and to ensure quick installation. In 2005, the company developed a fit-lock wall and panelling system that makes the yacht more manageable and easier to maintain. In 2010, they began using barcodes to identify every component installed, making installation and replacement simpler still.

Roberto Lottini, one of three owners, has been there from the beginning. Having grown up in Viareggio, he started Genesis in 1994 and continued on after the merger – moving to Florida to manage the local showroom and shop. Even through the economic downturn, Genesis Yachtline has been able to stay busy and even expand its operations.

Lottini sat down with OnboardOnline to speak about his company’s success, how it’s managed to continue to grow and why it is that Italians make such great craftsmen.

OnboardOnline: What did you hope to do by merging Genesis and Yachtline back in 2001?

Roberto Lottini: “When we started this company, we wanted to change the way the interiors for yachts are built. And the most difficult part, which is the most time-consuming – and also the most difficult part because it’s when you need to achieve quality and timely delivery – is the installation on board the yacht…And a yacht is not like a house. There are systems – the shape of the hull and regulations you must follow. So, we decided – and we were like pioneers at that time – to expand our technical office and invest money in the engineering of this project, bringing it to a level that we started building a full-scale mock-up in our factory of each interior that we do.” OO: What is the advantage of the mock-ups?

RL: “The mock-ups are very important. They allow the clients and the designers to see their interiors even before the boat has started construction. And it allows the owner to see the interior at a stage that, if he wants to change it to an extent, some changes can still be done at no cost or little cost, compared to what the cost would be of changing an interior on board the boat. You know, I always use the example: We were building a beautiful boat – a 150-footer. The boat was in Spain; we are in Italy; the client was American. He didn’t realise from the drawings that the shower in the master bathroom was too narrow for him. So when he came to the factory and he walked through the interior to the actual shower, he said: ‘Wow – it’s too narrow here. I need it to be a little wider.’ And at that time, we could do that, because the marble floor was not marble yet; it was a wood template. The ceiling was not lacquered yet. Everything was linked. But at this stage, we could change it at no cost.”

OO: And you developed the fit-locks to accommodate that duplication of construction?

RL: “This is a device that we use on all our interiors that makes the process easier because each piece can be taken apart. And there were other clips in the market, but none of them had this feature that you can adjust the clip after the panel is fit in place. So, we came up with our own device. We developed it ourself, and we patented it and now we sell it to competitors. Because it’s really for marine uses. And we started with one type and then we developed other types, like the stainless steel one, which we developed when we did our first SOLAS project where we couldn’t use plastic.”

OO: What is the role of bar-coding components?

RL: “You know, especially with these large yachts and working far from the factory, we thought that we needed to find an easy way to track panels. In the past, companies like our company used to ship containers to the final destination where the ship is, and then you have to go inside the container and find the cabinet or the wall or ceiling panel, or whatever…And especially when you do a project like the 400-footer – it’s 120m – that we are doing in Greece… “The barcode, we started two years ago when we signed the contract for the 400-footer. We had been thinking about doing something like that for a long time, but at that point it became a necessity. Because if you think, this project is 2,280-square-meters. Normally, a 150-footer or 50m, is like 500-, 600-, 700-square-meters. So this project is like three or four times bigger. And a normal interior for a 50m is 30,000 components. So, an interior that is four-times that size is – we haven’t counted. Maybe 120,000 pieces…

“So, we started developing this aspect as a need for our business, but it happened to be very good for the client, because the barcodes allow the final user to easily replace one panel if it gets damaged, for example. And you can go with an iPhone and scan the barcode on the back, send it to us and we can send the same panel.”

OO: What can you say about the 120m project in Greece?

RL: “We have done a series of projects, and the most important one is this 400-footer – it’s 120m – that we are doing in Greece. It’s a confidential project, so we cannot disclose too much information, unfortunately. But it is 120m and a SOLAS boat and over 36 passengers.”

RL: “When we signed that contract, we acquired another space. We bought another facility in the same area – in Pisa. So, now we have two facilities. So now we have more than 10,000 square meters of space. And we had also to hire more people.”

“We signed for this project in 2010, so it was when the recession was at its peak – and especially in Tuscany. And Tuscany has a long tradition of interior craftsmen – carpenters and cabinet-makers. So, there were a lot of people looking for a job. And it was good for us, because we could find more easily than normal the people we needed. And it was good for the area because it was jobs that would have otherwise been lost. We are now still working on that project; it is a big project and it’s not completed yet.”

OO: Working now in the U.S., what are the differences you see between Italy and America in terms of maintaining a skilled labour force in the crafts?

RL: “We have been investing in recruiting and training the young generation a lot…And I have to say, in this case, we are lucky because Italy is a country where the tradition of continuing a father’s business is still happening. So, we have quite a few carpenters who, their father was a great carpenter – and we have a few of them working for us. And eventually we hire their children… “In this country, it’s not the same thing. And, personally, I live here in the U.S. and travel back and forth to Italy, and I am responsible for the facility we have here in Florida. We have done a few big-sized projects here and so I had to face this situation of finding local people like skilled carpenters, and this is always a problem. Unfortunately, in this country from what I have understood, young people – the young generations tend to feel a real job is a manager or working in marketing, and not learning a business or a job you do with your hands…

“In Italy, a carpenter or a plumber or an electrician, at the end of the day at 5 o’clock when he goes home, he’s proud of what he does. He doesn’t feel like he’s doing a secondary job...It’s not even in the back of his mind, because you can be a good carpenter and you make the same money as an accountant or a manager a lot of times.

“Here it is not happening because of the cultural thinking... Yeah – this is a problem.”

OO: The past couple of years have tested the industry. How do you plan to retain everyone you’ve taken on for the Greek project?

RL: “We are a company that has worked 90 per cent of the time with yachts and 10 per cent of the time with residential business. And this 10 per cent was almost always a client that had the yacht and asked us to do the interiors for their villa, mansion, whatever. So, for us it’s easier to work on a house than a boat, because a boat is the most difficult interior to do. So, basically, we are trying, in the market that we have, to differentiate by expanding to residential…And also, we got an order – we are working with a U.S. company that sells furniture on the internet. They do a lot of furniture for the house. So this is a company that we have started doing business…

“So, this is what we’re doing – we’re differentiating. We think of the future. And there is one more thing that we are doing now, which is in the aviation industry. We have been to the air show in Geneva last May, and we are in contact with people in the industry. And also one of our clients is a guy from New York that owns a fleet of private jets. And we want to be able, equipped, and have the certification, to offer our clients to work for them for any need for interiors they have, if it’s for their home, for their boat or for a jet.”