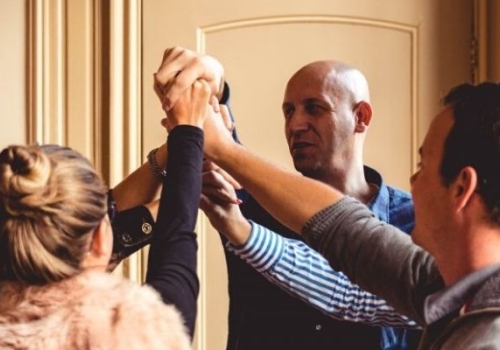 When you’ve worked on some of the world’s most innovative and impressive superyachts, using everything you’ve learned to create a pioneering new business is a natural next step.

So began the journey of Luxury Hospitality founder Peter Vogel, who went on to develop one of the superyacht industry’s leading development enterprises focused on delivering the ultimate guest experience.

At the heart of it all is a desire to deliver the best possible results for everyone he works with, a mission that began as small boy who adored organising parties for his parents. ‘I was very much a party planner and organiser as a child,’ he recalls. ‘Even now, it’s always me who gets the call with the date and ‘you’d better be there’, as Mum knows I will go wild, decorating the hell out of the place!’

Having quit business studies to work at a restaurant in his hometown of Hardinxveldt, near Rotterdam, Peter’s interest in boats was first piqued by the owner’s daughter, who worked for the legendary Royal Viking Cruises.

‘I knew that would be my world even at 17, it was a calling,’ he says. ‘I saw a newspaper advert for cruise ship crew, went to Amsterdam for an interview without telling my parents and they offered me a job on Royal Caribbean. I said no, I want to work for Seabourn because they were number one in the industry. I got a call a week later from Seabourn and broke the news to my parents as the 25- page contract rolled out of the fax machine!’

Within five years, Peter had worked his way from runner through to being an assistant maitre’d, and it was at this time that he was head hunted as second steward on Lady Moura, which in 1997 was the world’s third largest private yacht.

‘I thought I would learn a lot but I ended up handing in my resignation after just three weeks. The chief steward was not inspiring and there was no operational manual or any procedures. After explaining my reasons for leaving, the captain said, ‘give me a moment, I’ll be back’. He spoke to the owner and came back to tell me, ‘you’re the chief steward now.’ It was a pivotal moment in my career.’ 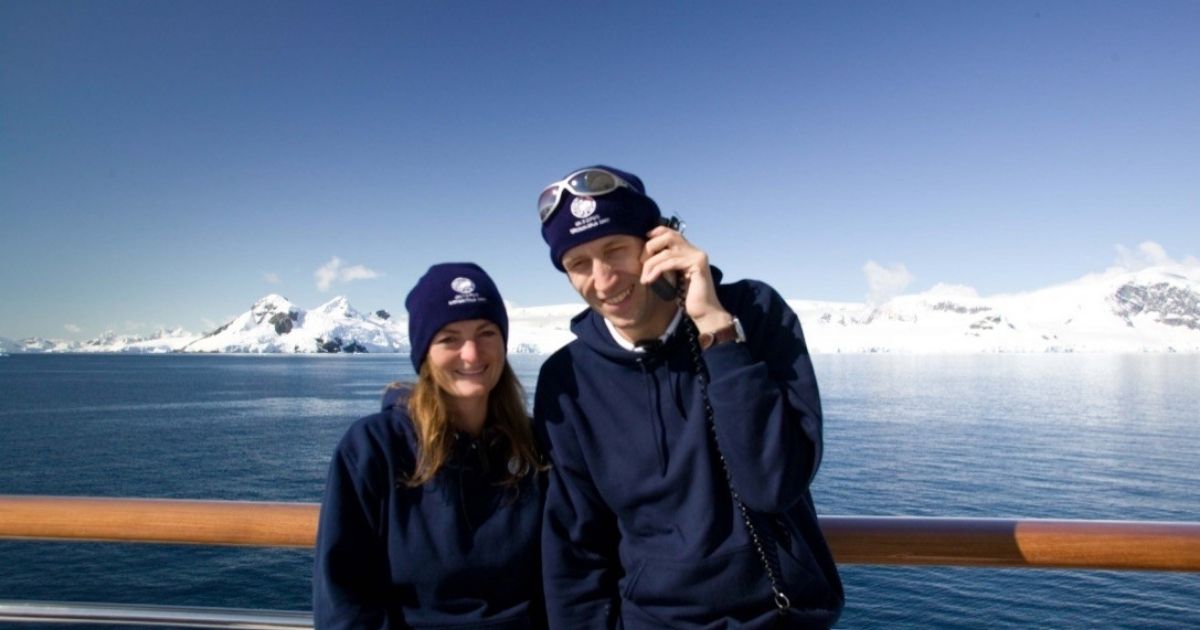 Peter spent the next two and a half years running Lady Moura through the summer season, setting up the Saudi owner’s homes around the world and working as a butler during the winter season. However, he tired of never having a day off and eventually moved to the 57m motor yacht Chamar (now Bad Girl) in 2000.

‘The owner’s wife was amazing, she taught me everything about service,’ he recalls. ‘She was incredibly clear on how she wanted things, the service and food were impeccable and working with her helped me grow as a person. It wasn’t an easy ride - they’d got through seven chief stews before I arrived - but I stayed for almost three years. After 10 years spent on large boats, working on a smaller yacht with a family-like team made me understand the industry better.’

Peter’s next role was a major leap up the ladder. Following seven interviews over an eight-month period, he was hired by Microsoft co-founder Paul Allen to join the build team for the 126m MY Octopus, at the time the largest boat ever built for a private client.

‘I joined the interior build at Lürssen in Germany, creating a boat no-one had ever seen before which gave me great insight,’ he recalls. ‘The collection of boats included MY Tatoosh (92m) and the Feadship MY Meduse (60m) and three weeks after starting, I was flown to Portland in Oregon, USA to reset Tatoosh with a new crew. I wanted to become the first fleet hospitality and event manager for all three yachts from Vulcan Maritime. I had to prove myself on MY Octopus first but two years into it, I made it.’ 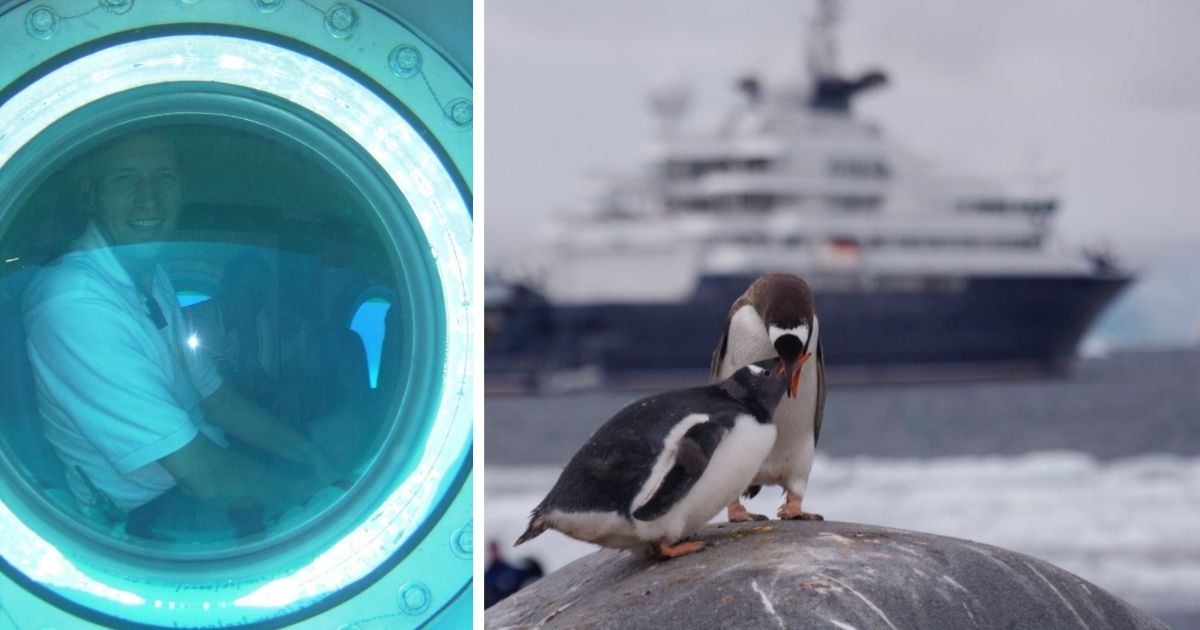 Peter has fond memories of his former boss, who died of cancer in 2018. ‘Quite simply, Paul was the best owner I ever worked for. He would never yell or raise his voice. One of the things he imparted to me was having a reflection of the world on board his yachts. He didn’t care if you were young or old, he wanted to see different ages, nationalities, and backgrounds on board. It wasn’t about being a certain size or having a specific hair colour, it was all about giving him a personalised service he felt proud of, which made him happy to bring his family and friends on board.

‘What I learned from Paul above all was respect. He enjoyed being with all kinds of people and he loved the memorable spectacles we would create at our events. He was calm with a big vision and he made me believe that anything is possible if you think big enough. We were allowed to create whatever extravaganzas I came up with. He told me to spend what I needed but he didn’t like to see his money wasted, he wanted it spent wisely.’

Working for one of the world’s most dynamic and powerful businessmen and philanthropists was challenging at times and Peter and the entire crew were by Allen’s side when he collaborated with SpaceShipOne, the first privately funded, manned rocket ship to leave the Earth’s atmosphere in 2004.

‘It was incredible. We helped him really enjoy that event and others like his Seahawks and Trail Blazers sports team victories with live streaming onboard. We would have 500 guests for themed events which involved the whole crew. It involved every crew member’s individual contribution for days, in advance, during and after the event to bring it to life. It was a truly magnificent place to work. As a team we made magic.’ 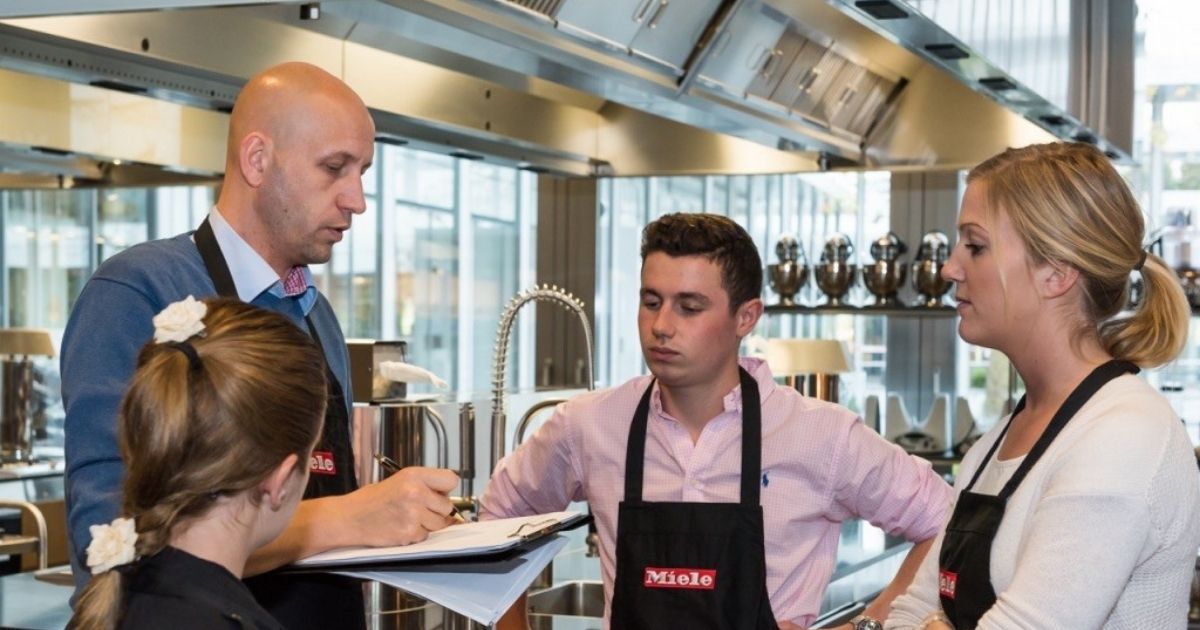 ‘I remember Beyonce and Jay-Z arriving for a party onboard,’ he says with a chuckle. ‘No one knew she was coming except me. They called ahead to say they were starboard but we couldn’t see them because they were on the smallest dinghy with no lights and only their PA was with them. Half the guests didn’t even know they were there.

‘I once had to turn Lindsay Lohan – the biggest drama queen – away from a yacht in St Barths. We saw her approaching the boat surrounded by paparazzi and she wanted to get on board but she wasn’t invited, so we informed her accordingly. She made a scene and after a while she disappeared with the paparazzi in tow (secretly I quite enjoyed that episode!).’

It was while working for Mr Allen that Peter developed his signature style of personalised service training. ‘At certain stages in my career on board I experienced the ultimate feeling of everything being ‘in sync’ and that’s the feeling I wanted to create in the Vulcan Fleet. Together with Jill Sullivan, Mr Allen’s long-time service confidante, we developed our own in-house training programmes and made sure that they were applied across all the yachts, villas and planes. 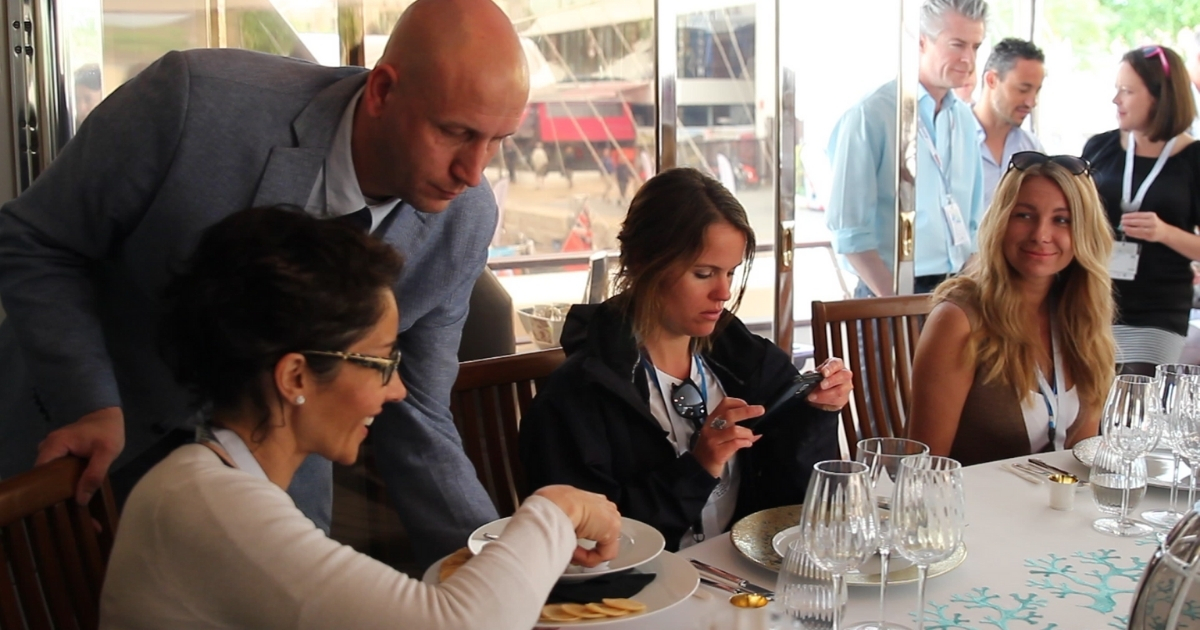 ‘I could see the potential for doing the same for multiple owners, assisting captains and crew, and Paul was hugely supportive when I told him I was leaving to do that. He said, ‘go for it and if you ever need any help let me know.’ I continued to run his events and support with interior recruitment for the next two years so he was my first freelance client, closely followed by Roman Abramovich’s fleet.

‘I met a lot of resistance in the beginning because captains didn’t understand why training the interior was necessary. I launched too early, before there was a demand or understanding, and almost lost my company. The relevance of leadership training was also poorly understood, yet leadership and team building now represent 40% of our business. It took two years for people to see the value in what we are doing.

With a relatively new partnership (since 2018) with Nepa Shipping taking care of the financial and business administration and a flying start in 2020 which has seen the business expand despite the COVID-19 pandemic, Peter is excited and optimistic about the future of Luxury Hospitality.

‘Our team is incredible; we have great energy and we speak from experience. We’ve helped small businesses grow and large businesses become more effective by working with like-minded people. Our mantra is ‘focus on the mechanics of your business and the money will follow.’