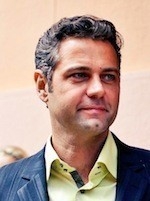 It took a while for Nicolas Fry to find his way to yachting. A student of marketing, he experienced the rise and fall of the Dot-Com Bubble while working for a startup selling ski holidays – a company that went from 10 employees to 80 in a year before going belly-up. He then worked for Stade Français, the Parisian rugby club, for a year before deciding to drop everything and travel for a year with his girlfriend.

Upon returning, the two married and decided to move to the Mediterranean. The couple had grown up in Lille, in the north of France, and were looking for brighter weather. They didn’t immediately find it, however, and after a few unsatisfying sales jobs and a rough patch that included a divorce, Fry’s father bought a 25m (83 ft) sailing yacht. He asked his son to help market the boat and manage its charters. Through this, Fry met a woman called Wilma who was looking for someone to do the same with some of her boats in Antibes. It was a small business, but good, he says.

“Any introduction into yachting is good,” he says. “Working with Wilma was particularly good because I came to know about different boats and the heart of this business: yacht charter.”

Fry moved around among the smaller businesses in the industry, working as a charter broker, a yacht manager, a crew manager and a charter manager. The more he worked with captains, the more he felt the need to get out to sea. “Around this time, I started to tell myself: ‘Okay, you’re a yacht manager and you need to advise and support captains, and you don’t really know anything about what they’re experiencing,’” Fry says. He spent the next six months getting his Captain 200 license.

That still wasn’t enough for him. “I did this. It is a good thing. But now I need to experience work at sea. I need to be part of a crew,” he says. So, in May 2012, he and his new wife, who is a cook, joined a sailing yacht as crew for the charter season. “That was a great experience where I learned a lot,” he says. “I learned a lot before, but everything came into place. It gave sense to all that I learned before.”

Upon returning, he found work as a charter manager with Camper & Nicholsons in Monaco. Now that he better understands the strains of working onboard, he says he is able to incorporate that into his job.

Fry sat down to discuss his career with OnboardOnline over lunch in Antibes. Later that afternoon, he had an appointment on a new yacht in his fleet. Shortly after, he was headed to Imperia to meet up with another crew. OnboardOnline: A large part of your job now is just knowing the boat and maintaining a good relationship with the crew, isn’t it? Is that what the Imperia trip is about?

Nicolas Fry: “It’s just a quick visit. It is because there is a boat in my fleet over there and I am a friend of the crew and they invited me to go and see them and I said, ‘Okay, I will show you the best pizzeria that I know in Imperia.’ It’s just for fun and to have a good relationship with them. It’s very important for our job to have a good relationship with all the crew – because it’s not just the captain, but the chief stewardess, the chef and all of them. It is really important for me to get to know them so that I know what I am selling. It’s not just a boat, but it’s also the crew and the service and the cuisine and all the whole experience they provide to the clients.”

OO: How do you figure out what makes a good program, a good crew, or a good captain?

NF: “By experience. Of course, you meet some people, people talk, you exchange experiences. But at the beginning I didn’t know much, like everyone starting. So, of course, I made some mistakes. I sent the wrong clients to the wrong boat and I gave my confidence to the wrong crew – of course, it happens. You can’t know everything.”

NF: “Generally, if you have confidence in the captain, it’s generally easier. Because if you have a good captain, you trust who he will choose as his crew. And he will usually pick a good crew. Of course, sometimes he hires a chef and the chef is not willing to work in a little galley in a sailing boat and after two months he leaves the boat. It happens.”

OO: What did your time working in yacht management teach you?

NF: “I was the intermediary between the yacht management, which is done in Luxembourg – the fiscal, the legal and all that – and what is happening onboard with the crew, with the charter guests, with the owner. So I opened this agency in Antibes for Magellan Management and Consulting. And so at that time, I was yacht manager, crew manager and charter manager, because I was the only one in the office. But of course you cannot do everything, so I was mainly concentrated on the crew placement – I did a lot of crew placement on the yachts we managed – in April, May, June. A lot of charter management in July and August. And some yacht support during the winter months.”

NF: “So a captain would call me and say, ‘I need a berth in Saint-Tropez,’ and so you need to have a good contact and make the booking for him. And, after that, from October to March, it was more yacht management – visiting shipyards, checking that the boat is following the flag regulations, the class visits, all the security and everything like that. And that was really interesting, and that really gave me a lot of information and a lot of experiences inside the yachting industry.” OO: But you felt like you didn’t know enough…

NF: “Around this time, I started to tell myself: ‘Okay – you’re a yacht manager and you need to advise these captains and you don’t know anything about what really needs to be done, because you don’t know the boats – I mean, I sailed, but I never went to follow the construction, I didn’t know the technical side of things. So I said, ‘I need to have training.’ So in six months in the winter, I did a Captain 200 license. So that was a nice thing to do because I met with many captains – or deckhands who would like to be captains – and it gave me a lot of information about regulations, what is the job of a captain on board, electrical mechanics, how to take a boat in and out of the port.”

OO: This is a common complaint from captains about management companies.

NF: “It is true that sometimes Captains may feel that there is something lost in translation between their experience and requirements and the advice of their management company. A captain’s license doesn’t give you all the tools to understand everything, but at least you better understand their job, what they have to do and what troubles they have to face with all the admin and the regulations.”

OO: So, after having completed the course, did you feel as if you knew what you were talking about?

NF: “Not really.  I said, ‘I did this. It was a good thing I did it. But now I need to experience work at sea. I need to be part of a crew.’ Because if I just did the captain’s course, and I don’t get to know what is really the job on board, it’s just going to be some ideas but not the reality. So then after this training, I decided to work on board as a crew."

OO: It only presented you with more questions…

NF: “Yes. And so last summer, I left Magellan and in June 2012, I joined a sailing boat as a steward. So last season – June, July, August and September – I was crew on board and I was working as a steward. I wanted to find a job as a deckhand, but I wanted to go on board with my wife. She was a chef, and on this boat there was a position of chef for her and steward for me, and so we took it. And that was a great experience where I learnt a lot. I learnt a lot before, but everything came into place. It gave sense to all that I learnt before.”

OO: Coming back, what were you looking for?

NF: “First, I was looking to work in a big yachting company, because I needed to have credibility in this business and I had been working only for small companies, and people didn’t know these companies. So I was looking for this and also to be in an international environment. The first companies I worked in I dealt mainly with French captains and crew, and the majority of this business is not with French people – maybe only 5 percent. So I was not recognized by all the British and Anglo-Saxon people as a real professional.” OO: Isn’t that a point of contention – the Anglo-centrism of the industry, while most of it takes place in France and Italy and Spain?

NF: “It comes from the history of yachting. It all started mainly in Great Britain. And then the French – okay, they have this coastline and they have these superyacht ports and everybody likes to come here – and everyone came here but the business was already created by the anglo-saxon companies… French don’t have the same roots in yachting.”

OO: What is the most important aspect of your job?

OO: Is there anything you wish was different?

NF: “Unfortunately, we don’t spend enough time with the yachts. We should be more often out of the office meeting the crew and really getting to know the yachts. During the peak season there is way too much administration to deal with which prevents us from getting to see our yachts as often as we would like. So, although I’m not travelling a lot, I try to travel as much as I can to see the boats…If you don’t meet the crew, how can you effectively promote them?”

OO: What is the best marketing for yachts?

“We do some events in port to maximize attendance but it doesn’t have the same effect.

OO: What is the top destination for you?

NF: “It would be the British Virgin Islands in the Caribbean, Corsica and Greek Islands in the Med, and the Whitsunday Islands in Australia. That’s from what I’ve seen. And so far I’ve not been all around. But those are my first choices – but one, two, three, I cannot say.”