Industry » Interviews » Monaco Marine: A Study in Growth
« BACK

Monaco Marine: A Study in Growth 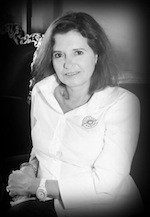 On the hour-long train ride from Antibes to Monaco, four of the stops along the way have shipyards managed by Monaco Marine. This is no accident.

The company has expanded methodically along the French coastline since its founding in 1995, slowly building up yard space and, more importantly, a trusted reputation within the super-saturated Mediterranean market.

However, it’s been Monaco Marine’s two latest acquisitions that offer a hint into the wider ambitions of what has been, to this point, a regional company.

Its most recent acquisition was in Antibes itself – in Port Vauban, the heart of yachting in the Med. It was a place where the yacht maintenance and repair company had long wanted to be, according to Chantal Lemeteyer, the company’s secretary general. “It was really the target of Monaco Marine to expand in Antibes because it’s the biggest superyacht marina in the south of Europe. It’s a very interesting place,” she says, “and for the group it was very important to be there.” Not only did the company expand into yachting’s largest hub in the Med, but it helped spearhead the redevelopment of the La Ciotat shipyard, which opened in 2007. The La Ciotat shipyard has been redesigned to service the largest superyachts around, with no size limitations.

These two latest acquisitions have helped increase the company’s annual turnover to around  50 million. And they’re not planning on slowing down any time soon, Lemeteyer says.

“Our idea is to develop a network just to guarantee a very good level of quality service to our clients,” she says. “So, from Monaco to La Ciotat, we have six shipyards and we want to expand not only in France, but now in Italy and Spain.” Throughout an hour-long interview, Lemeteyer also mentioned Turkey, Dubai and Abu Dhabi as locations where Monaco Marine is looking to expand its brand.

“We really want to have the best facilities for our clients,” Lemeteyer says. “We want to focus on high quality and good location ­– five-star locations for our clients.”

A Concept of Controlled Growth

Michel Ducros founded Monaco Marine in 1995. His idea from the beginning was to set up a network of service shipyards for yachts so that clients could go to any one of the shipyards run by the company and know exactly the standard of service that they would receive.

To do that, however, clients would have to automatically associate the brand with the highest possible level of service. What so often happens is that the desire to grow trumps any long-term growth strategy. So quality and brand image take a back seat to numbers and short-term profitability.

This is not how Ducros managed the growth of his company. The group first acquired Power Boat, which had been servicing yachts in Monaco’s famed Port Hercule. This first acquisition is limited by the size of the facilities and can only service boats up to 20m (65 ft). The company also manages 45 berths in the port.

Shortly thereafter, Monaco Marine acquired the shipyard in Saint Laurent du Var, which is ideally located only a few minutes from the Nice Côte d’Azur airport and less than 30 minutes from Antibes. Similarly, the shipyard’s capacity was limited in scope, and only able to service yachts up to 25m (85 ft). So, in 1997, the company invested in the shipyard at Beaulieu sur Mer, which doubled the size of yacht the company could service in everything from basic refits to complete refits.

At this point, the company was content to simply perfect its craft, develop a strong list of subcontractors, and let their reputation build the brand.

It wasn’t until an opportunity opened up in the Golfe de Saint Tropez in 2002 that Monaco Marine decided it was again ready to expand. The location, so near one of yachting’s most illustrious ports of call, established the company as a serious force of change in the industry. At 28,000 square meters, the yard also more than doubled the group’s available surface area to service yachts.

It was poised to grow even more in the coming years with a major investment – taken at great risk – in the long-abandoned service yard at La Ciotat.

La Ciotat has a long and rich history steeped in the servicing of ships – from the development of new designs to the creation of innovative new techniques. This continued into the 20th Century as the yard became one of the most important shipbuilding facilities in the Mediterranean, producing everything from bulk carriers to tankers to passenger ships. It produced the world’s first ship built entirely of welded plate, whereas previously rivets were the standard.

In 1940, the Chantier Naval de La Ciotat took control of the yard and experienced a period of significant growth for nearly forty years. But the shipyard experienced problems in the 1980s and was eventually closed and left untouched after more than 100 workers went on strike in 1987. It remained that way, the facilities falling into disrepair, until around 2002.

It was around this time that Ducros and Monaco Marine were looking to do something big – something that would change the scope of refit and service options for yachts in the Mediterranean. Ducros called Vincent Larroque, who was at the time managing a shipyard in Toulon. Ducros described his plans for La Ciotat and offered Larroque the opportunity to manage the yard and its development.

“It was an opportunity that comes only once in your life,” Larroque says of the call from Ducros. “I don’t hesitate long to say, ‘Yes.’” The idea was to create the largest superyacht refit and maintenance facility in the Med by repurposing and rebuilding the decaying port infrastructure. But the project had its critics. Larroque said a number of people considered the company’s decision to invest so much money in La Ciotat to be a foolish enterprise – that the city and the labor union made the whole prospect of investing far too messy.

But there were advantages. The city was looking for investment and the government was willing to partner in the development. In addition, its close proximity to both Marseille and Toulon – about 30 minutes to each by car – meant that they would have a high concentration of skilled and knowledgeable subcontractors to draw from.

Perhaps most importantly, however, was that the existing infrastructure allowed a relatively benign investment to reap enviable facilities.

“When we arrived in La Ciotat in 2002, it was completely a desert,” Larroque says. The company spent three years conducting all the necessary technical and environmental studies and in performing all of the due diligence that was required, Larroque says. Then came two years of construction.

While Composite Works also operates out of the shipyard, Monaco Marine was the first to come forward with the money to build. It partnered with the French government for a total investment of  45 million, of which Monaco Marine put up  25 million.

The biggest dry-dock is actually too long for the yachting industry, concedes Larroque. For that reason, they are hoping to add a chamber door in the middle, so they have more control over the area. For any yachts that fit inside the first chamber, Monaco Marine will still be able to utilize the rest of the space in the second chamber without sacrificing it as unused. For any yachts too big for the first chamber, they would still be able to accommodate them by using both chambers. The site also boasts a 90m-tall enclosed paint shed.

At first, it was difficult for Larroque to bring in business, he admits. “It was not so easy, because we need to convince the captains to come here and we have no references,” he says.

Management companies were hard-pressed to send their yachts to the yard. But Larroque called some of his old customers and convinced them to visit the new yard. The first to be serviced at La Ciotat was M/Y Kiss the Sky (52m).

“Now it’s a different story,” Larroque says. “Now we have five years behind us, references, letters from captains and now we can show that to the management companies.”

Monaco Marine has leased its space for a period of 50 years. But the port is operated by the local port authority, which owns and operates all of the lifting equipment. For this reason, it is important for Monaco Marine to maintain a close relationship with the “city politique,” Larroque says.

The yard is still halfway deserted and the company wants more subcontractors established on-site. In addition, the city itself leaves something to be desired. The waterfront is beautiful but visitors are limited in terms of where to go and what to do in town.

“The crew is important, because if they say they don’t want to go to La Ciotat because there’s nothing to do, for us it would be a mistake to stay in this position. We need to develop some activity for the crew,” most of whom stay on board throughout their time in the shipyard, Larroque says.

They have been speaking with the city about improving the options. And so far, things have changed for the better. When Monaco Marine first arrived in La Ciotat in 2002, the restaurants around the port left quite a bit to be desired, Larroque said. “But each year, you can see the quality go up.” Now the shipyard is completely full between February and May. The company is looking for more dry-dock area and to develop promotional packages to increase traffic during the low period – essentially mid-November through January.

“At the end, everyone wants to come at the same time and at the end we have to refuse,” he says. Larroque’s vision for the shipyard is bold and ambitious, and he states it bluntly, without hesitation:

“For me, La Ciotat is at 50 per cent of the potential of the development,” he says. “And I’m sure we can say now that Viareggio, or maybe Palma of 20 years ago, was the capital of yachting. But I’m sure La Ciotat will be in the next five or 10 years.”

Lemeteyer joined Monaco Marine for the development of the project as well, and has stayed on since. But her fondness for La Ciotat comes through when talking about the project. “I think we were all very proud to participate in this rebirth of La Ciotat,” she says.

The expansion to Antibes has only increased Monaco Marine’s visibility and turnover. It now boasts that it services around 3,000 yachts annually. And it is looking to expand even more – and perhaps for the first time beyond France and the Côte d’Azur.

“Now we are looking for new opportunities to develop the company,” Lemeteyer says. “We really want to have the best facilities for our clients. We want to focus on high quality and good location.”

Their searches are focused primarily around the Mediterranean – in Italy and Spain, and perhaps in Turkey. But Lemeteyer talked also about the Middle East, the growing appetite for yachting in that region and the growth potential that exists in places like Abu Dhabi and Dubai. “There are some places like this where the market is growing,” she says. And it is in these emerging markets that Monaco Marine is looking to continue its model for calculated growth.