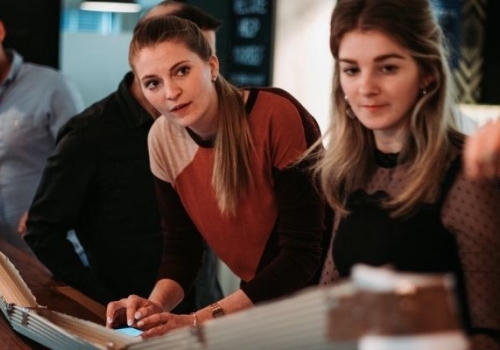 Growing up far from the sea where a superyacht was never to be seen, how does an A grade student in Germany become the chief stew on one of the world’s most iconic vessels?

As Svenja Halligan would say, everything happens for a reason, but hard work can also make us lucky. Now a specialist trainer at Luxury Hospitality, Svenja tells us how it all came about, reflecting on the highlights and how she transitioned ashore.

What made you choose to work in hospitality?


During high school in Germany I had to complete a three week internship in a company of my choice, so I chose a small 2 star hotel. I liked it so much that I decided after high school I would go back to hospitality, this time as an apprentice in a 5 star hotel in the center of Berlin.

You then pursued formal training with the prestigious Chamber of Commerce and Industry of Berlin – what did you study?

I studied for three years as a hotel specialist, it was a mix of school and industry placement, so one week at school and three weeks in the hotel. This included working in the restaurant, doing breakfast service, housekeeping, banqueting, reservations and front office.  I was then offered the opportunity to work for a further three years at the Sofitel Berlin Gendarmenmarkt, a 5 star luxury boutique hotel.

How did you get your first job on a superyacht?


My mum encouraged me to explore where else in the world I could work. She said, “Learning hospitality and just staying in one city, what a waste, you should go and see the world!”. I couldn’t decide on a city, so she suggested I consider a career in the air or on water. Since I’m a water sports enthusiast, I decided to give my CV to an agency recruiting for 5-star hotels and cruise liners, but I didn’t know that they were also recruiting for private superyachts.

A week later I received a call from the captain of a 100m superyacht saying he would like to meet me in Hamburg for an interview. Twenty minutes into the interview he asked if I could travel to Athens the next day to start working on board! In Berlin private superyachts don’t exist so I had no idea what my next adventure would bring. 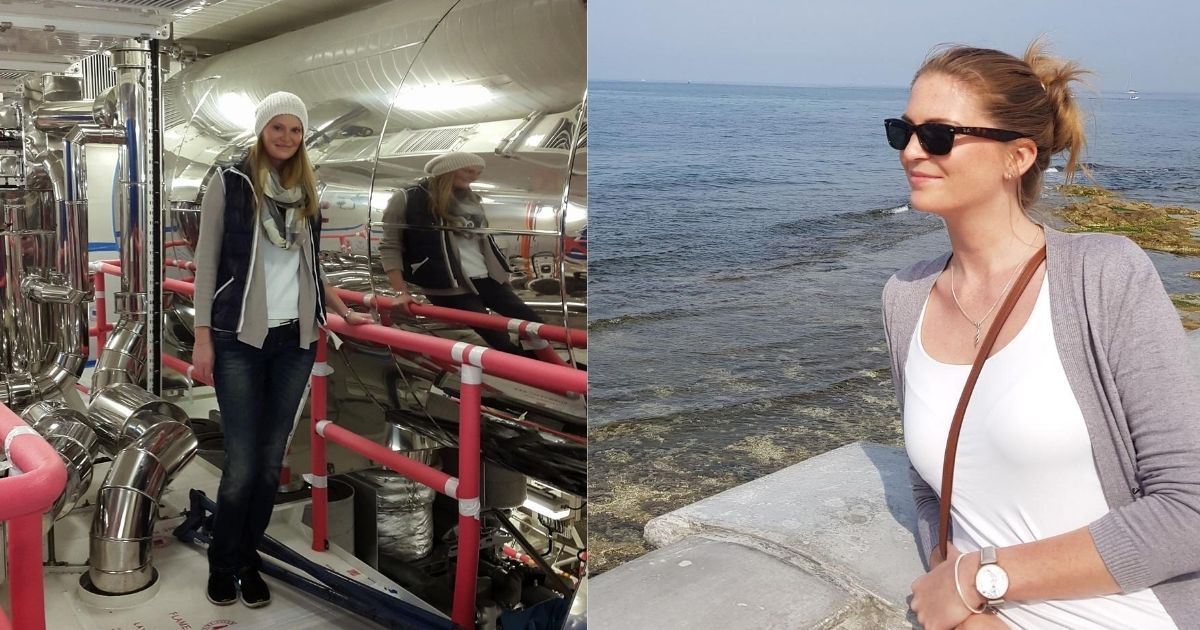 How would you describe the experience and what were some of the highlights?

I started as a junior housekeeping stewardess which was perfect but I had no idea what to expect. I had never lived with so many different people and nationalities, never sat in a crew mess, or shared a cabin or slept in a bunk bed, and I had never seen so much luxury in my whole life. From the start it was a busy operation as the owner and their family were on board a lot.

The interior department consisted of 11 stewardesses split into service, housekeeping and the owners’ team. Once I had settled in and knew the boat and the crew, I wanted more, so I worked hard to show what I’m capable of and it paid off – I was promoted to head of service.

I met so many people of all nationalities, made some lasting friendships and travelled to some amazing places. I had the chance to jump into the water in the middle of the Med and the Black Sea, to do water sports, to sunbathe on the helipad – there were so many highlights I could go on for hours!

You later joined one of the world’s most high-profile superyachts as chief stew – what was a typical day?

Every day something different happened. Guests were always arriving or departing, we travelled between numerous destinations and we never knew if we would have two or 20 guests at the table for lunch or dinner!

Where did you find inspiration for table themes and personal touches to wow the owner and guests?

It always depends who is on board. For example, I would go with a pink, purple or flowery theme if a lot of ladies where at the table, but it must always fit the guests at the table. Luckily, our owner and guests loved colour, so we went crazy with colour combinations and decorations. We had to set up lots of tables every day and it was impossible for me to do them all myself. It was a challenge for my team to come up with different ideas every day, but I wanted to involve all the stewardesses and give them the freedom to decide which colour or theme we would go for. 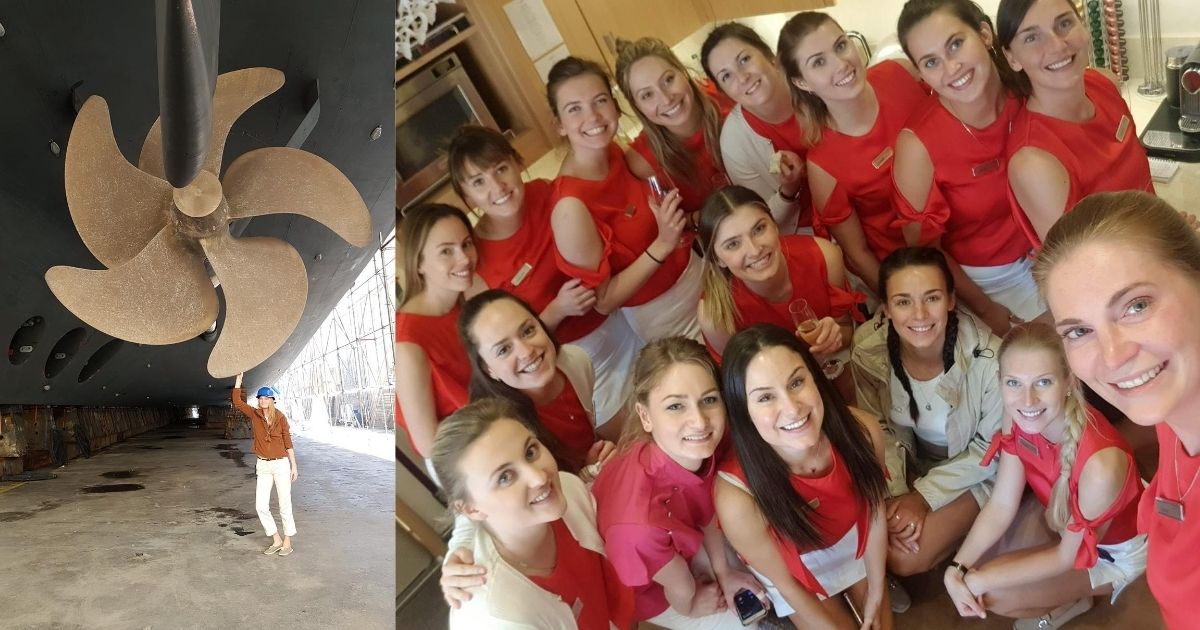 Once a new stewardess joined our team and set up the table. It was a crazy day and I just had 20 minutes to check it before we started lunch service. I was in shock when I saw the bright red table runner, orange placemats, pink napkins and purple flowers, so after that I asked them to run their ideas past me first!

In your opinion, which qualities must a chief steward/ess possess and what defines a great interior team?

I would say the most important qualities for a chief stew are honesty, fairness and leadership skills. For the interior department I would say respect, hard work and teamwork.

What prompted you to move ashore and when did you join Luxury Hospitality?

My then boyfriend, now husband! We decided that I would quit yachting to prepare for our wedding and our future life, while he was still working on board. I do miss it from time to time, but I enjoy being at home, travelling to the yachts and being able to leave at the end of the day to sleep in my own bed.

I joined LH at the beginning of the year and I now deliver technical training in service and housekeeping. Previously I had been on the receiving end of many LH training courses and developed a close bond with the team, so when I was invited to join the company as a trainer I jumped at the opportunity and I haven’t looked back.

Who has most inspired you in your career so far?

There have been many influential people I have worked with over the years, and I struggle to name one person in particular, but I developed my skills from exposure to a wide variety of nationalities which has definitely helped me move forward.

Everything happens for a reason. Live it. Love it. Learn from it.