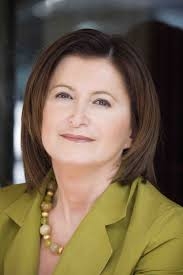 Fresh from the success of her opening speech at METS 2014 in Amsterdam, Carla Demaria has an irrepressible energy and optimism about her.

It’s hardly surprising given that Carla is one of the few women to reach the very top echelons of the industry and the first female to chair the prestigious Breakfast Briefing in the show’s 27 year history.

In her capacity as President of Monte Carlo Yachts, she delivered a well-received keynote address to maritime industry leaders from all over the world about the importance of adaptive evolution in a post-recession marketplace.

Just 48 hours later, Carla made time in her hectic schedule to chat exclusively on Skype with OnboardOnline about the current challenges she and the rest of the industry face and revealed just how the Bénéteau Group has managed to increase turnover and raise staff levels during the global economic downturn.

‘It was interesting to be in a position to give the speech at METS,’ she says. ‘It’s been a long time coming. I felt a big responsibility and pressure on the day of my speech because there are not so many women at this level. There were a very high number of attendees this year (over 21,000 visitors) and the message seems to have filtered down through the guys who attended.

‘After the speech, I visited a few stands. People are tired because six years of heavy crisis have put many at the corner but I was pleased to see  some  interesting innovations and talked to their open minded manufacturers. To try and wait until the crisis is over and recovery begins is a big mistake. There have been rapid changes within the industry and the situation will never be the same again. We have to try to understand the deep meaning of the changes. The common attitude and approach should be to try and look ahead. Predictions are extremely difficult so the only thing you can develop is an attitude and an approach to react and shorten the time of reaction. It’s not easy but it is a state of mind.’ The proof of this strategy is in the astonishing volte face achieved by the Bénéteau Group since the crisis started. In 2008, turnover was €1.015 billion but this figure plummeted to €659 million the following year. By making rapid decisions and employing the adaptive evolution strategy, turnover increased to €921 million in 2011.

Carla is keen to point out that she was a small part of a big team in effecting such a remarkable and rapid recovery in the company’s fortunes. ‘At the time, I was the President of Monte Carlo Yachts and I assisted what the shareholders of Bénéteau were doing,’ she adds. ‘It was vital to react as fast as we could. I wasn’t on the board then (she is now) so I saw it from the outside and it was interesting to watch.

‘They were extremely pragmatic. Bénéteau has had a vision for 130 years and they saw that the crisis was far worse than people initially thought. They decided to take a radical decision in terms of making a reduction in costs by laying off a number of employees, which is something manufacturers have been doing every year. We just did it once at the beginning of the crisis and from the year after, the number of employees started to increase.

‘It was a short term measure rather than a long term solution. It impressed me and I have full respect for everybody for that pragmatism. With this vision, we put the company in the right condition to survive these tough moments and the number of employees now is higher than it was in 2008. We are proud of our results.’ Carla’s dynamism and desire to act decisively is much admired by her peers. Born and brought up in Turin, after finishing her studies, she started working for the family’s industrial soundproofing company.  ‘My father passed away when I was 13 and my mother sold the company,’ she recalls. ‘Then I was lucky enough to have the possibility to work at Azimut for 20 years. I live on the seafront now but my roots are always in Turin.’

Being a woman in a world which is still for the most part dominated by men causes few problems according to Carla.  ‘I get asked this a lot,’ she says with a smile. ‘In 20 years at Azimut, I didn’t experience so many problems within the company. They trusted me despite the fact that I was a woman! I have not seen drawbacks although in some markets where women are not usually in such high positions, it can be difficult. I hope that competence will prevail. And the group I am in now is owned by a woman so that makes it easier!’

Carla met Bénéteau ‘grande patronne’ Annette Roux in rather unusual circumstances in 2007, when a French magazine editor invited the five most powerful women in yachting to Mauritius for a few days on the understanding that the magazine was allowed to listen in on their conversation. Very quickly, Carla and Annette realised they had a huge amount in common.

‘In less than an hour, I realised that Madame Roux comes from another planet and she found me quite brilliant,’ she laughs. ‘We were being so open in discussion that we never allowed the magazine to publish the article! It was the start of an interesting friendship among the five of us and she became a friend.

‘In 2007, I was approached by a private equity fund and asked to manage a company they were about to take over. It was a new challenge but it was difficult for me to leave the Azimut group after so many years. I sent an email to Annette asking for her advice and she told me to come to Paris. A few days later, I was in her apartment and when she heard I was considering leaving Azimut, she told me she had a great project for me. That was the night we founded Monte Carlo Yachts.’ Launching the company - which is based in the Gulf of Trieste - within months of the global economic crash cannot have been easy. To listen to Carla, however, you could be forgiven for thinking it was a blessing in disguise as she talks of the excitement of creating a unique template for yacht building. ‘The crisis put so much pressure on us but we really work at our best at times like this and we express our ideas. The Bénéteau Group was already the European market leader for boats up to 15 metres when the crisis started. When it became clear that the big giants were in trouble, we realised that Monte Carlo Yachts needed to be totally different otherwise we would just be another company building very nice Italian yachts, which would not be enough to see us through.

‘When it comes to design and creativity, we defend our position in Italy. We decided that innovation would be our key factor and we took on board extremely talented creative designers who were world renowned. We also developed an innovative production and construction process. The result is a boat that is reliable and very high quality but produced in almost 50% of the production hours using materials that you usually find on much larger mega yachts.

‘Starting from scratch without any guidelines is a risk but the crisis proved that the effects of the excesses, starting with the finance ones, can be very bad! It made us step back and find a new balance. Our idea was to build a product which lasted longer. The customer who is earning less money is more careful about spending it. Our pay off line for Monte Carlo Yachts is “future classics”, and our idea was to create the classic of the future.’ It seems they have achieved that ambition with the super sleek MCY 76, the first boat that Monte Carlo Yachts has built from scratch and currently the most awarded yacht ever created. ‘We are so proud,’ beams Carla. ‘The awards have come from Hong Kong, the US, all over the world. It’s mandatory to be global and have a product that is extremely well accepted in other markets but it’s expensive too.’

With new product investment remaining at €40 million a year across the group - the same level as during 2008 when turnover was at its highest point - yet emerging markets in China and South America not performing as predicted and political turmoil affecting Eastern Europe, Carla defends the idea that continued investment is the right path.

‘The situation is not easy but the answer is not to reduce investment,’ she asserts. ‘We expected moderate growth in 2014 but the political situation in Russia, Turkey and the Ukraine has been troublesome and the market has not responded. But still there is growth in China and South East Asia, and customers from the Middle East are back. The International Monetary Fund predicts a world growth of more than 4% and in Europe, the highest rate is for the UK so we are hoping the market will return to an interesting level.’

With Bénéteau now the second-largest boat manufacturer in the world and the number one sail manufacturer, it seems that the Carla and her fellow executives at the group have created an enduring recipe for success.