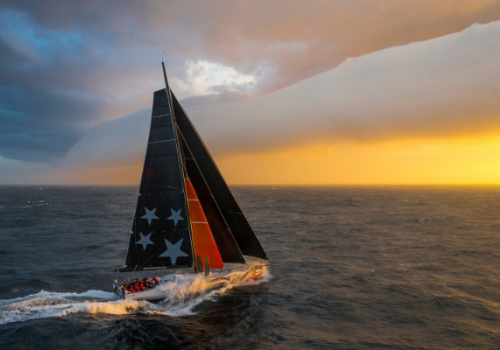 It is always a massive pleasure talking to a grand master, and if there's one thing Carlo Borlenghi is, it’s a master of the art of yacht photography. It was a delight for him to take time out of his busy schedule to grant us a Skype interview from his photography agency office in Milan.

Carlo was born in 1956 on the edge of Lake Como, a place he says is very much still his spiritual home, despite work having prompted the move to Milan. He started photography as a hobby, however it was soon noted that he had an eye for on-water photography after he started covering some local regattas. He was soon picked up by the magazine Uomo Mare Vogue and, though still very young, was flown all over the world to cover different yachting events. He is extremely modest about his start in the stellar rise of international photography, but it’s clear that it wasn’t simply a case of being in the right place at the right time. The list of accolades he has won over the years is proof of that.

Carlo started playing with the big races in 1983 when he became the official photographer of the America’s Cup boat Azzurra and has covered the last nine Cups, with BMW the last boat he was attached to in 2017. Next year he will be packing his bags and heading down under to follow Prada in her adventures in New Zealand - perfect timing as while it is summer down under, it’s winter here in Europe and so a much quieter time for him.

I ask if this means he’ll be backing a Southern Hemisphere team, but he stays tactfully quiet. There is definitely a twinkle in his eyes though, and it’s not just the races themselves that he photographs - he also goes into the yards to cover the construction and subsequent sea trials as well as all the teams. In fact, he’s just returned from shooting Prada in Sardinia. 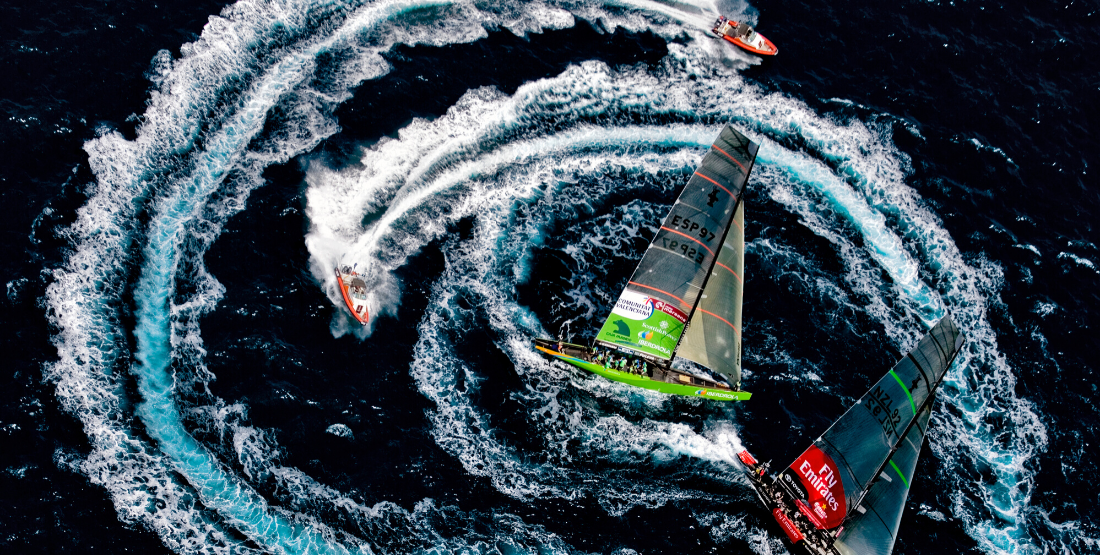 Carlo says the evolution he has seen over the years, from the early 12 metres to the Js and the catamarans, is amazing, and is now looking to next year’s AC75s, or ‘flying’ yachts as they are known.

Whilst the leaps and bounds in technology aboard have made the sailing even faster than ever before, he says it has actually made it more difficult to showcase that speed on film, as the boats often look stationary as they glide or ‘fly’ over the water. Explaining that while it’s unfortunate, it’s actually when the errors occur that you get the best pictures as water is kicked up and you can see the speed, despite it being a two-dimensional picture.

And this is where Carlo’s talent really lies - in making the boats feel as though they are literally sailing out of the photographs. There is a depth and three-dimensionality that make you feel as though you are there, feeling the cold sea on your face and the wind whipping through your hair. 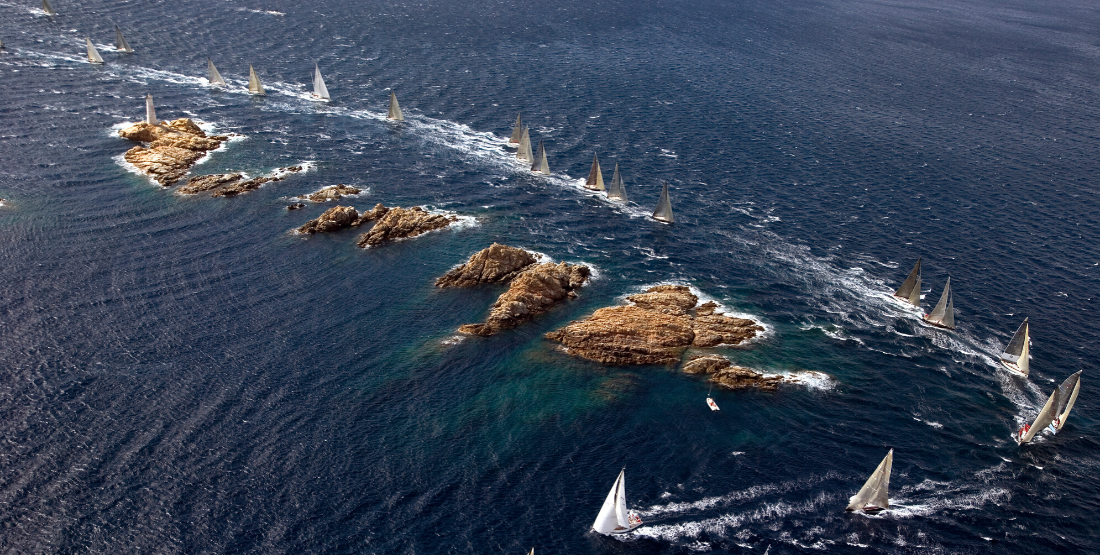 It doesn’t stop with the America’s Cup though. Carlo has gone on to be official photographer for all the Rolex nautical events both national and international. From 1989 to 1998, he was the official photographer of the Whitbread Round the World Race, better known as her most recent incarnation of the Volvo Ocean Race which he photographed in the 2001-02 edition.

With all this sailing happening around him, I ask if he himself has ever raced. At this he gives a hearty laugh and tells me with some pride that no, he never has. In fact, he says chuckling, he can’t even swim. The closest he comes to boats is his small one back at his home lake of Como which he takes out for the occasional fishing trip. I say I hope he wears a life vest. His thing is the mountains and skiing, which he tries to fit in as often as possible.

It wasn’t always boats that interested him. His real photography passion was reportage and storytelling, and he has had countless numbers of these printed in international newspapers and magazines including one about a group of crazy people at Stonehenge. He says that he used to have time to do these for himself, but now the magazines want your work for free and his yachting commitments mean he simply doesn’t have time. I ask what he does in his spare time and with a wry smile, he says he takes photographs. It is abundantly clear that this medium is his absolute life’s passion, and to him it is priceless. Even his wife works in the office as Office Manager, organising his day-to-day meetings and travel details which, he states, makes his life easier. 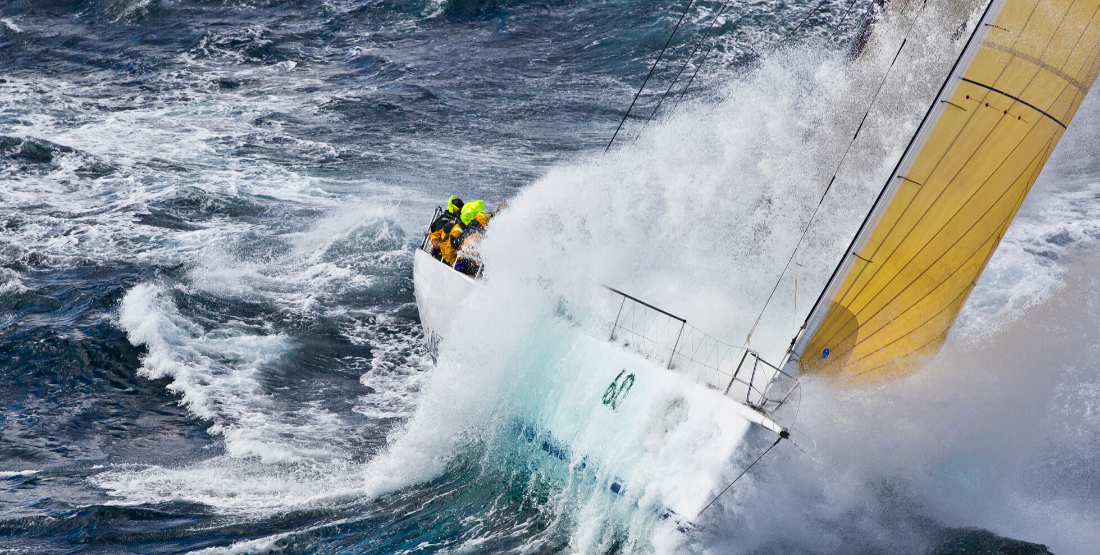 I ask which boat is his favourite and I get a typically Italian answer: ‘Asking which boat is like asking which woman. Impossible.’ And I suppose with the sheer number of boats Carlo has shot over the years, to pick just one would indeed be like picking just one woman, though I’m sure his wife may disagree with that one.

Next up is the St Barths Bucket that he’ll be travelling to with his fellow photographers, Stephen and Luca. He says having a team of three allows you to reach many different angles - from the water, the air and also the land. They meticulously storyboard every detail beforehand, however, as is the way with racing. You have to expect the unexpected and often the perfect money shot comes when you least expect it. Now they also have drones as part of their arsenal, and Carlo says it is great to have yet another aspect to photograph from and that some of the most stunning photography taken during the Volvo was in 8 metre seas and 45 knots of wind. He says he has no idea how they managed to land them, but boy was the coverage epic. 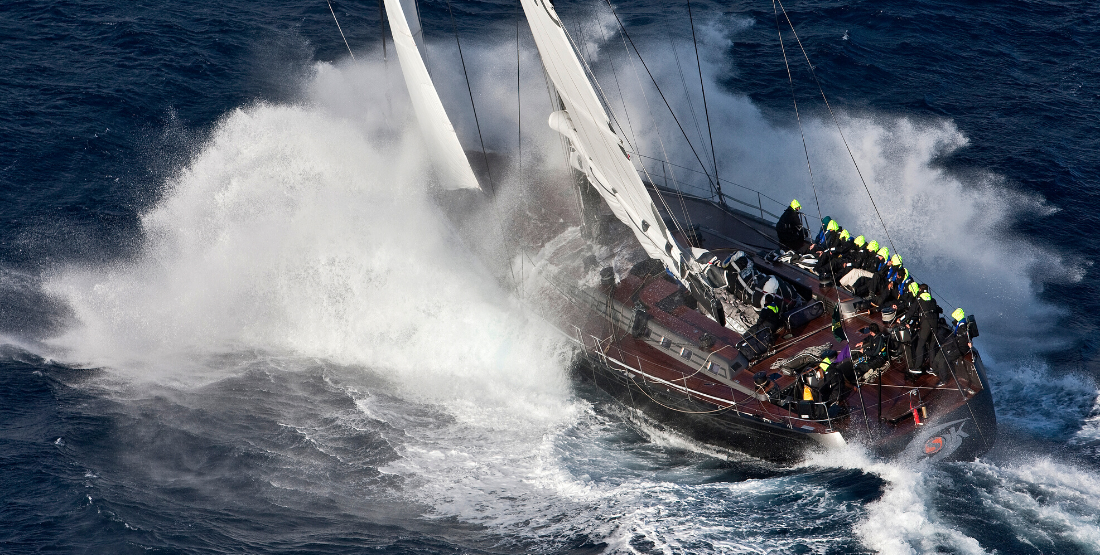 I ask if the advent of Instagram has changed the world in which he works, but he says that he likes it as it encourages old and young alike to get into photography which is never a bad thing. He’s not a fan of the selfies and cups of coffee, however, and says that there is an awful lot of talent that wouldn’t necessarily have had a voice without the advent of social media. I check his Instagram account and it’s clear his 37,000 followers also feel he is someone worth watching.

It’s with some regret that I call the interview to a close, as he is a busy man and I have already taken up so much of his time, but I feel I have only just scratched the surface. I’m pretty certain there are many more stories and anecdotes to be unearthed and I hope that when he is next over in Palma he allows us the pleasure of his company so that I can hear many more of them. I leave his disarming smile and infectious laugh to go and charm his next fan, just as he did me.