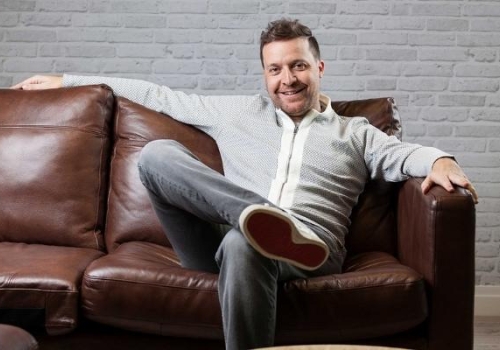 Ian Flanagan has a talent for spotting gaps in the competition’s strategy.

On the back of a brief but successful tennis career, he made the leap into superyachting where he’s served the industry an ace in the form of his Voly accounting software.

With a portfolio of over 600 superyachts and counting, Ian and his team continue to deliver a grand slam in value, cost savings, control and transparency, the likes of which the yachting industry has never seen before.

But Ian isn’t your typical tech start-up founder. Born and bred in a rural village in Wales in the UK, he had a well-rounded upbringing alongside his older brother, with whom he fought, “like cat and dog,” but all in good brotherly love.

He soon took a liking to tennis, a hobby that would change his life forever.

Ian’s love affair with the sport quickly turned into a professional career that eventually saw him compete at Wimbledon and at Queens, beating many top players. Many of those went on to become some of today’s tennis greats.

Sadly, his tennis career came to a sudden end thanks to an elbow injury but, according to him, that competitive spirit that took him to the top of tennis still drives him today in his leadership of the Voly Group: “Professional sportsmen have a real will to win,” he said. “You’re born with a strong work ethic that involves training hard and doing the right thing. That competitive spirit, the drive, commitment, the will to win and my hatred for losing, has carried through to my business life today.”

Serving a volley into Voly

Following the end of his tennis career, Ian was looking for new opportunities when a friend introduced him to what appeared to be a gap in the yachting market: “My friend showed me what was possible and that the companies in the space were only doing about 5 per cent of what the yachting market needed,” he explained.  “I realised that with the right team, I could do it better. So I founded Voly Group with a mission to provide a solution to the yachting space first. Making money was never the initial priority.” 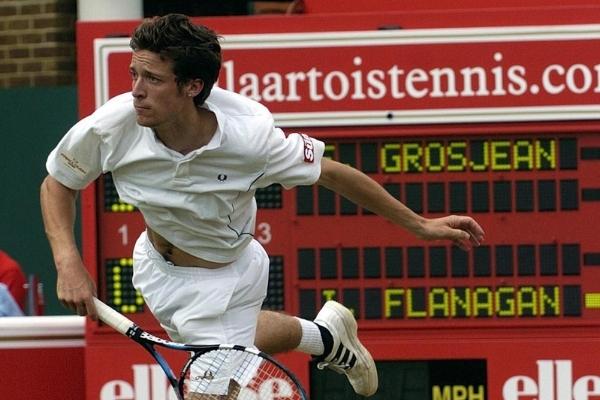 Coming from rural Wales and a career in tennis, Ian knew very little about the yachting industry, but he doesn’t necessarily see that as a negative thing. “I didn’t have any preconceived ideas about how things should be done,” he revealed. “I took lots of advice and put it into action. We were very lucky to sign Y.CO early as a client. They were instrumental in making us what we are today.”

The Voly software platform is targeted at superyachts, and multi-assets such as private jets, helicopters and property anywhere in the world.

Voly gives owners, managers, captains, pursers and any other stakeholders immediate, real-time financial data relating to the yacht or other asset. Transactions are recorded as they happen, resulting in an unprecedented level of financial oversight and transparency.

Voly’s Prepaid Mastercard is another major benefit for the company’s clients. Voly is able to issue any number of Mastercards for a yacht/other asset, with one being provided for each designated role, for example the captain, purser etc. Since each card is pre-loaded with funds, and all funds must be pre-approved within the Voly platform, there is no risk of unauthorised expenditure or overspending.

What’s more, all purchases made with Voly Prepaid Mastercards, are automatically recorded on the Voly platform so that all stakeholders have instant and ongoing visibility of all expenditure on board.

And just to sweeten the deal, Voly recently announced the imminent introduction of a brand new eco card. The new Mastercard, certified manufactured from 75% recycled material, is a major environmental win in a historically slow-moving card industry. Voly clients will soon be issued with the new cards.

The Voly platform is highly flexible and can be used by vessels of almost any size, according to Ian: “We have some of the largest yachts in the world all the way down to 23 or 24-metre boats. They all have different requirements and we cater for them all.” 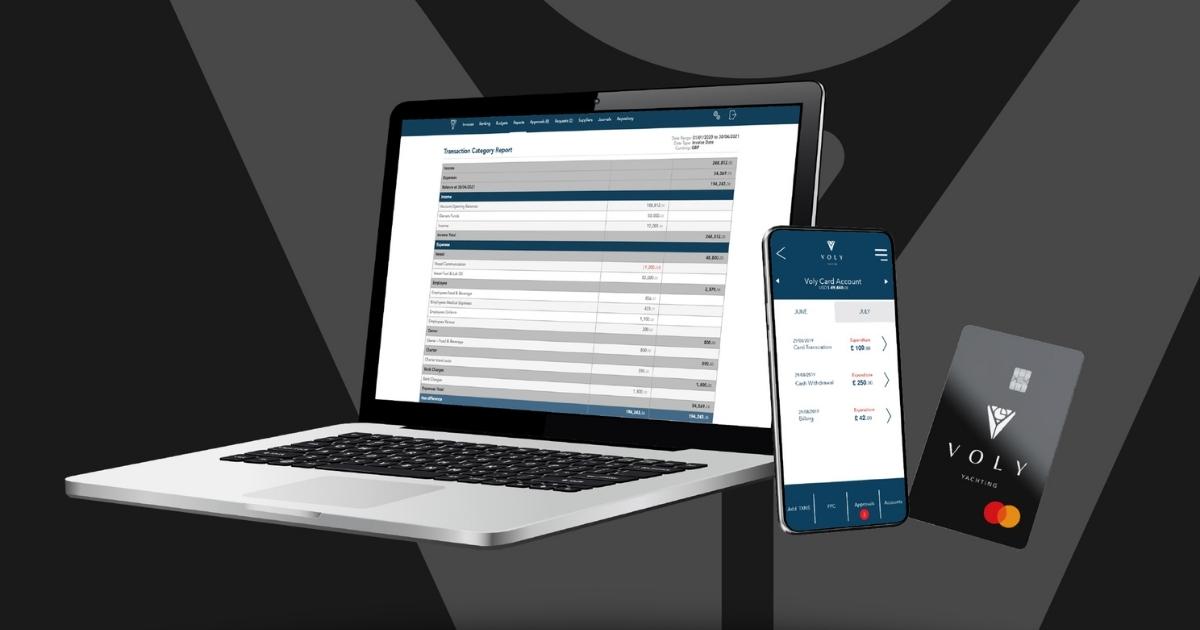 He explained that Voly is especially appreciated by the people actually on the yacht - the captains and crew - because it makes their lives easier and allows them to focus on getting their jobs done instead of doing financial admin. “The officers and the owners appreciate the transparency of the spending, but Voly’s biggest benefactor is the crew. They’re so busy on the boat - whether looking after guests, the owner or the boat itself - that they appreciate the time-saving that Voly offers.”

“According to our surveys, we’re saving them 75% of the time they used to spend doing financial admin,” Ian explained. “In the past, captains had to spend hours in their cabin at the end of a charter, compiling financial reports with all the receipts for charter guests. Voly has eradicated all of that. The captain and crew can now provide better service to the client rather than sitting in their cabins doing admin.”

Voly has also recently launched a built-in payments solution that allows for payments to be made to beneficiaries directly from within the Voly platform, without having to leave and make payments on third party websites. The system also has a forex facility, allowing wire transfers to be made in 37 different currencies, all delivered at wholesale forex rates. Users can pay invoices, salaries etc quickly and easily. 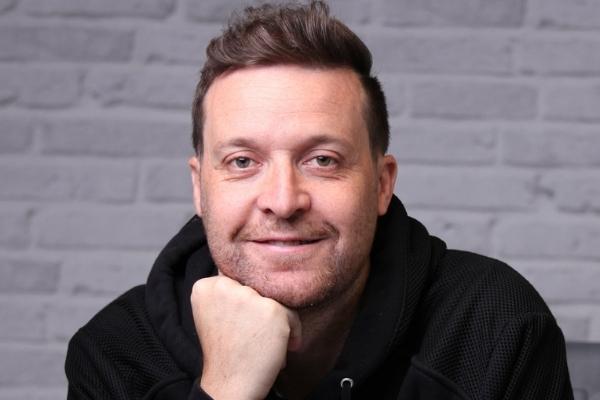 Fast growth in a fast-moving industry

Voly’s value proposition has proved to be irresistible to the yachting industry and the company has enjoyed swift growth.

From its current portfolio of around 600 yachts, the company’s immediate goal is to have 1,000 yachts using its software.

While Voly’s sales team is hard at work on that number, the development team is preparing to roll out new features to add even more value to the yachting industry, as Ian revealed: “We want to try and help yacht owners a little more. Through the use of market intelligence and data analysis, we hope to introduce recommended spend values on various line items,” he explained.

“We think owners will appreciate that because then they’ll immediately know if they’re overpaying for a line item versus data from similar yachts. Of course, we don’t want to upset the industry with this. But there’s so much financial leakage and opacity around margins being made on yachts that I call it superyacht tax. So we think the industry needs this incoming feature and that it’ll help to improve things.”

The future of Voly

Meanwhile, Voly continues to ramp up recruitment to meet growing demand. “We’ve gone from 10 people to 50 people in less than a year but our biggest challenge is picking which features to develop next,” Ian concludes. “There’s a lot of opportunity for tech in the yachting space, and still numerous processes that could be improved by technology, which is what we do best.”

At the same time, weighing heavy on all our minds is Russia’s invasion of Ukraine and the impact of international sanctions on yacht crew as well as businesses operating in the superyacht sector. “Obviously the industry will be affected in the short-term but I can’t possibly guess at the long-term impact.” said Ian. “Of course, there is a significant number of Russian owners in the market, but fewer than other nationalities, for example Americans. All we can do is act in the best interests of humanity. At Voly we’re looking at a range of charitable initiatives to see how we can help and, from a personal point of view, I really hope that this conflict is resolved in a peaceful and speedy manner.”

If you’d like to find out more about the Voly Group and its software platform, visit www.volygroup.com.