Industry » Legal & Finance » Vessel Arrest in the USA
« BACK

Vessel Arrest in the USA 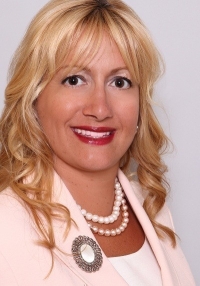 What happens following vessel arrest in the USA? Who gets paid and how?

The arrest of a vessel, whether she is private or commercial, is part of the process by which a Court in Admiralty gains jurisdiction over the subject matter of a lawsuit. These lawsuits are known as "in rem" actions, meaning that the action is against a thing, rather than against a person.

Generally, the vessel itself is responsible for payment of liens, mortgages or any other maritime lien that may arise. When the owner encumbers a vessel with a First Preferred Ship's Mortgage, it is the vessel that guarantees the mortgage payment, rather than the owner. However, the owner may be personally liable if the bank requires a personal promise or guaranty to pay.

Collecting on a First Preferred Ship’s Mortgage requires filing a foreclosure action on the mortgage and the repossessing the collateral (the vessel). Collecting on any other kind of maritime lien requires instituting an arrest action against the vessel.  Remember: debts follow the vessel regardless of the transfer of ownership and liens, debts and mortgages attached to the vessel.

An arrest action is filed in Federal District Court, along with the filing fee and a $2,500 check payable to the U.S. Marshal for their services.  The U.S. Marshal’s will not act on the Judge’s Order to arrest the vessel without this payment.

An arrest of a vessel is the prerequisite for the court to establish jurisdiction. If the vessel cannot be seized within the jurisdiction of that particular Federal District Court, then the court may have no right to arrest the vessel. In the United States, the arrest is the physical process by which a U.S. Marshal goes aboard the vessel and physically takes charge of it, removing all crew, owner and guests. The U.S. Marshal escorts all people off the vessel and leaves only the Substitute Custodian on board.

The Marshal posts a Notice of Arrest on the vessel. Soon thereafter the arrest of the vessel, a notice must be published in a newspaper authorized to publish legal notices. Actual notice must be given to all other lien holders who claim an interest in the vessel.

Once seized, the court, through the U.S. Marshal's service or substitute custodian, maintains possession of the vessel and the owner loses all control. To avoid this situation and its effect on commerce, the court will allow the owner to post a bond or other suitable security for the amount of the claim plus two years of interest. Once the security is accepted, the vessel is returned to the owner and the litigation continues with the security as the subject of execution of judgment.

If a vessel is not released by the posting of security, the court may order an interlocutory sale. An interlocutory sale means a sale prior to the completion of the litigation and the entering of a judgment. As a general rule, the sale will not be allowed for four months. The rules provide for the sale if the arrested property is perishable, liable to deterioration, or if the cost of keeping it is excessive or disproportionate.

Regardless of whether the sale is interlocutory or a judgment sale, the buyer at the auction does not have any right in the vessel, until the sale is confirmed by the court. If a higher bid is received within three days by the court, the court has the option of voiding the auction and ordering a new sale. Once confirmation is received, the buyer receives title which extinguishes all other liens and provided him with a clear title. An "in rem" action resolves claims, both nationally and internationally, against the vessel and no lien for past debts can be created or asserted.

The proceeds of the sale are paid into the court and are used to satisfy any expenses incurred by the keeping of the vessel and fees to the U.S. Marshal. The balance is paid to the claimants and any balance left over is paid to the owner.  The following is a nonexclusive list of common maritime liens and the order in which they are paid off upon a vessel sale:

Unless the plaintiff who seized the vessel acts in bad faith, the owner of the vessel may not recover damages due to the arrest or for loss of profits.