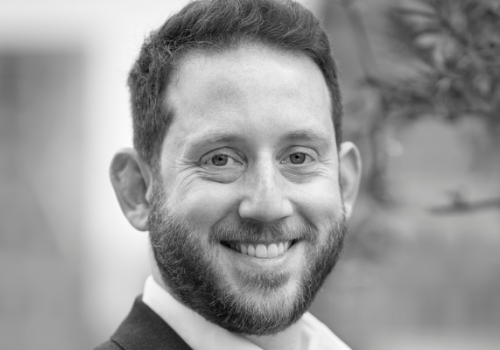 I am no nautical historian, but if you were to ask me to estimate how far back the practice of passage planning dates, I would probably say people started passage planning more or less around the same time they started navigating the seas. Obvious, right?

So why in 2022, is passage planning worth talking about?

Most people reading this won’t need me to tell them that passage planning is an essential part of any journey by sea. Whether you’re taking your 40ft cruiser along the coast for a weekend away or exploring the Antarctic in a 100m+ explorer, passage planning is one of the first things on your ‘to-do’ list.

But would you believe me if I told you that inadequate passage planning could render your vessel unseaworthy?

Well, that is what the recent Supreme Court judgment in The CMA CGM Libra [2021] UKSC 51 confirmed late last year.

While the case itself concerned a cargo ship and specific provisions of the Hague/Hague Visby Rules, which will be of little interest to most working in the superyacht industry, it is what is written in the judgments along the way which is of significance.

The judge at first instance (backed up by judges in both the Court of Appeal and Supreme Court) considered the conventional test for seaworthiness under English law which was established in the 1905 case of McFadden v Blue Star Line which asks the question: “Would the prudent owner, if he had known of the relevant defect have required it to be made good before sending his ship to sea?”

If the answer is “yes”, then the defect could render the vessel unseaworthy.

The judge then turned to the IMO Guidelines on Passage Planning 1999 (Resolution A.893(21)) which recognises: “The essential importance for safety of life at sea, safety of navigation and protection of the marine environment of a well-planned voyage"

Putting the two together, the judge concluded that if a prudent owner had known that their vessel was about to commence a voyage with a defective passage plan, they would have ensured the defect was made good before the vessel was put to sea.

In short – a defective passage plan can render a vessel unseaworthy.

So, what does passage planning involve? Having recently completed a successful Atlantic crossing, experienced superyacht captain Nigel Marrison has a thing or two to say about good passage planning.

“When scheduling the annual/biannual itinerary of a yacht, taking into account seasonal weather patterns will reduce the chances of encountering inclement weather conditions,” adds Nigel. “On the contrary attempting an ocean passage ‘out of season’ increases risk and may jeopardise the safety of the vessel and its crew. If circumstances dictate that you must make a crossing out of season, allow sufficient time to wait for a suitable weather window.”

While the process of passage planning is as old as time itself, the tools of passage planning have changed significantly, especially in recent decades. Many of us enjoy the comfort of being surrounded by modern technology, but it is not without its pitfalls. “The use of electronic chart display information systems (ECDIS) is a welcome development in the maritime sector, easing the workload for navigational officers, enhancing safe navigation, and reducing environmental impact,” explains Nigel. “What seems to be apparent, however, is that the efficacy and safety of ECDIS depend largely on the ability of its user. In other words, how the user interacts with this system is key to its success in ensuring safe navigation.”

Technology has certainly enhanced modern navigation by sea, but human factors are ever-present and, as The CMA CGM Libra shows all too clearly, forgetting that technology is still susceptible to human factors can be very costly.

And finally, while having a Plan A is key, does your passage plan provide adequately should something go wrong? “I repeatedly ask myself, what if? If you haven’t got a contingency plan, it may highlight a void in your planning.” said Nigel.

The 7 Ps apply in many walks of life, but rarely with greater potential consequences than in poor passage planning.

Not all incidents at sea are avoidable, many are not, but next time you set off think to yourself: “is there a gap in our planning that I can reasonably be expected to fill?”

If there is, there is every chance your current plan is defective.

Dom is a Director in Bargate Murray`s superyacht group based in London and advises owners and their representatives on all aspects of superyacht ownership and management.