Industry » Legal & Finance » Superyachts and the New Sustainable Movement
« BACK

Superyachts and the New Sustainable Movement 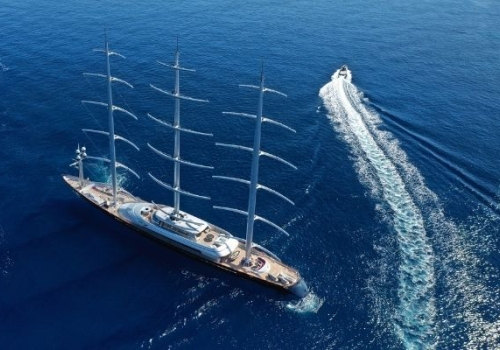 Traditionally in yacht design, whether you are talking about hull construction or the choice of wall covering in the master suite, sustainability has not been particularly high up on the priority list. However, the world we live in is changing rapidly and rather than claiming luxury immunity, the superyacht industry is starting to emerge at the forefront of clean technologies.

Zero carbon design is no longer constrained to fancy graphic designs, 3D models at yacht shows and unachievable concepts; rather we are perched upon the precipice of radical and wonderful change.

And for the sceptical owner who thinks that their next yacht is doomed to be a Prius of the seas, worry not – the world’s leading designers have been going to town to make sure that your future sustainable yacht is the most beautiful yacht you ever owned.

In this article we consider the early front-runners of sustainable design along with a glimpse at forthcoming concepts being brought to life by the world’s superyacht builders and the opportunities this poses for prospective superyacht owners.

Before we get onto the most recent advances in sustainable yachting, let’s first take a look at some of the 21st century’s earlier advances which have brought us to where we are now. Back in 2005 Lurssen made waves with MY Ice, which was the first yacht to be fitted with Azipods – a technology that is now commonplace across the superyacht fleet. Roll forward ten years and Feadship were in on the action with Savannah’s ‘Breathe’ propulsion system, allowing her to operate with varying reliance on diesel all the way to full electric.

And finally, in 2018 Black Pearl made headlines for Oceanco’s claim that she can cross the Atlantic without burning a drop of fuel. Of course, much of this claim can be attributed to the fact she is a sailing yacht, but it is the energy generated by her propellers while under sail which keeps all other systems running without a diesel generator in sight.

As the use of Azipods, diesel-electric power plants and regenerative energy technologies have become increasingly commonplace in recent years, so we have seen designers and builders alike becoming increasingly bold with exciting and ground-breaking concepts boasting serious green credentials – and none more striking than Sinot’s Aqua.

Currently a concept, Aqua is due to be the world’s first hydrogen-powered superyacht. Until she has been built (rumoured to be 2024), we won’t know just how much of a game changer she will be, but what Sinot have shown us is that an owner does not have to sacrifice style, elegance and beauty in pursuit of zero-carbon operation.

Most recently, Feadship announced its new design concept for an Eco-Explorer, claiming to feature no less than a 15-metre swimming pool, a beach club and roomy interior. This collaboration with Merveille Yachting will be eco-friendly too, operated by an automated wing propulsion system, underwater turbines and solar panels. The Dutch builders claim that the Eco-Explorer will be designed to reach up to a surprising 18 knots on wind power alone, using its aerofoil wings system.

What’s more is Oceanco’s pioneering initiative with zero environmental impact goal, named Oceanco NXT. They plan to collaborate with experts from different industries and lead the way in co-creating the most sustainable superyachts for future generations. A notion that will no doubt spark interest in the yachting, design and technological spheres.

Burning less fossil fuel has never looked so attractive and while the minefield of regulation and public pressure may make the concept of superyacht ownership appear unappealing in this day and age, those of us working in the industry now and in the coming decades are extremely fortunate. We no longer live in a time where bigger is unquestionable and at any cost better, the hallmarks of exceptional design are now far more nuanced. Yachts are more technologically advanced than ever before, the ability to enjoy the water in the lap of luxury without significantly increasing your carbon footprint is only getting better, and the opportunity to be a part of something simply extraordinary is greater than it ever has been.

Dominic Bulfin is associate director in the firm’s superyacht group based in London. Dom advises owners and their representatives on all aspects of superyacht ownership and management.