Some Thoughts on the new Seafarer’s Employment Agreement 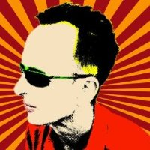 In September 2012 the MCA launched the LY3 at the Monaco Yacht Show. Now, one year later the LY3 (MSN 1851) has entered into force. The date where the changes took effect was the 20.08.2013, the very same date the MLC came into force.

Why the same date?  This is not surprising nor coincidental, as the LY3 reflects (among other issues) the necessary changes to our industry imposed by the new MLC convention.

This possibly raises the question whether this convention is really that new, and if not what is new?

In fact the MLC is not “new”. The MLC 2006 revises and consolidates a whole lot of existing conventions; the oldest dating from 1920 (Minimum Age, Unemployment Indemnity (Shipwreck), Placing of Seaman) into a single, modern instrument.

There are however new aspects: The most important are certainly the provisions on enforcement including “non-favorable treatment” and certification.

As far as yachtswomen and yachtsmen are concerned, they find most of the MLC provisions reflected in their working contracts, which is now called a “Seafarer’s Employment Agreement”.

I have noticed a tendency for a “race to the bottom” when it comes to the issue of these new contracts  over hours of work and / or wages.  Some employers can use the new contracts as an opportunity to lower existing standards.

Nautilus International reacted  and contacted the MCA for a revision of deficient SEAs issued to yacht crew and for which the employer claims “compliancy”.

Let’s point out key issues to which the seafarer shall pay attention when asked to sign their brand new SEA:

First, before signing you are entitled to seek advice (Reg. 2.1). Do that, it’s worth the effort.

Further, your contract must contain provisions on:

a)      the seafarer's full name, date of birth or age, and birthplace;

c)       the place where and date when the seafarers' employment agreement is entered into;

d)      the capacity in which the seafarer is to be employed;

e)      the amount of the seafarer's wages or, where applicable, the formula used for calculating them;

f)       the amount of paid annual leave or, where applicable, the formula used for calculating it;

g)      the termination of the agreement and the conditions thereof, including:

h)      if the agreement has been made for an indefinite period, the conditions entitling either party to terminate it, as well as the required notice period, which shall not be less for the shipowner than for the seafarer;

i)        if the agreement has been made for a definite period, the date fixed for its expiry; and

ii)       if the agreement has been made for a voyage, the port of destination and the time which has to expire after arrival before the seafarer should be discharged;

i)        the health and social security protection benefits to be provided to the seafarer by the shipowner;

j)        the seafarer's entitlement to repatriation;

k)      reference to the collective bargaining agreement, if applicable; and

l)        any other particulars which national law may require.

Knowing that a detailed review of each provision will exceed the scope of this article, let’s just look at two or three:

Ref. to b): Yes, the shipowner (for definition refer to Article II of the convention)!

Ref. to e): There are various definitions of wages; make sure you understand what is meant by “basic”, “gross”, or by “(partially) consolidated”.

Ref. to i): For more information on social security provisions from the various flag states, click below.

You will have noticed that “Hours of Work and Rest” are not expressively subject of the SEA. However, the hours of work or rest are regulated in the MLC and therefore implied in your SEA for example by provision on wages like “the formula used to calculate them”.
For clarification: The MLC requires the “member”, (that would be the flagstate), to “acknowledge(s) that the normal working hours' standard for seafarers, like that for other workers, shall be based on an eight-hour day with one day of rest per week and rest on public holidays” (Standard A2.3.3)
AND:
“5. The limits on hours of work or rest shall be as follows:
(a) maximum hours of work shall not exceed:
(i) 14 hours in any 24-hour period; and
(ii) 72 hours in any seven-day period”

Some “smart” guys just try to gently slip in simply the hours of rest which would leave you with 91!! Hours of “normal” work in any seven day period.

This leads us back to: First, before signing you are entitled to seek advice (Reg. 2.1). Do that, it’s worth the effort.

Another word for clarification: Working on a ship to which the convention does not apply (the famous “private yacht”) DOES NOT render you without rights!

Nautilus International is conducting numerous training courses on the implementation of the MLC on ships where emphasis is put on “Seafarer’s Employment Agreements”. These courses are free for members, all others would have to pay a little fee (coincidentally a year’s membership-fee…).

For any further information you could contact the Nautilus Honorary Representative at nautilus@dandbservices.com, any Nautilus Office in the UK or one of the oversea offices.

D and B Services / Nautilus International