Industry » Legal & Finance » Crew NDAs: All You Need To Know
« BACK

Crew NDAs: All You Need To Know 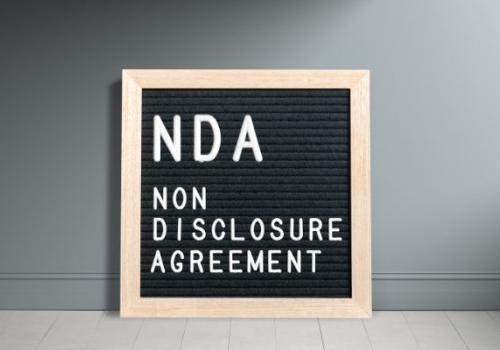 They go by many names – non-disclosure agreements, confidentiality agreements, secrecy agreements to name but a few – whatever you may call them, if you work on a superyacht you have probably been asked to sign one at some point in your career – and if you haven’t, here is your chance to swot up before it’s your turn.

What is a Non-Disclosure Agreement?

They can be standalone documents, or perhaps form part of a wider agreement.

As a crew member on board a superyacht, your life is unlikely to be overrun with NDAs, but there are still plenty of occasions on which you will, or may, be asked to sign one.

You probably entered into your first confidentiality agreement when you signed your first Seafarer Employment Agreement (“SEA”) all those years/months/days ago.

In addition to your SEA, you may be asked to sign a standalone NDA from time to time. One such occasion might be upon the sale of the yacht from the existing owner to a new owner, regardless of whether you are due to be retained by the new owner.

You may be asked by your employer to sign an NDA as a belt and braces approach to the Owner’s confidentiality, but quite often the request will have come from the other party to the transaction who knows that the crew are essential the smooth handover of the yacht, but may be uncomfortable with such a large class of individuals being privy to its confidential information before the sale has concluded.

Why would I be asked to sign an NDA?

As a deckhand or stew you may question whether it’s even necessary for you to enter into an NDA in the first place? I mean, how often do you talk business with the Principal?

Well, the point is that when employed onboard a superyacht, whether its operated commercially or privately, there is huge potential for you to become privy to information with significant commercial or personal value to the Disclosing Party.

From a commercial perspective – it is reasonable for the Owner to protect their intellectual property whether that be in the yacht’s marketing materials or the intimate details of how the yacht is operated. Any information which has or may have a commercial value is likely to be subject to NDA.

From a personal perspective – when the Principal or a charterer steps onboard they are not just looking for a spot of sun and relaxation, but an opportunity to experience true privacy which may be impossible to find in their day-to-day life.

This might be in the form of family time away from the snapping cameras of paparazzi, or business meetings away from the prying eyes and ears of competitors looking for a shortcut to success. The common feature is that the Principal or charterer must be able to feel entirely comfortable during their time on board without the need to think twice about everything they say and do during their visit.

And to the cynics out there, this is not a case of “what happens on board stays on board” – rather it is a matter of respecting the fact that those to whom we all owe our jobs and livelihoods have precious little opportunity to live the free and largely anonymous lives the majority of us are fortunate to have. It is the escapism of yachting which attracts many Owners and Charterers in the first place.

What are the consequences of breaching the terms of an NDA?

The specific consequences will always depend on the terms of the NDA in question.

However, if we turn to the confidentiality clause in your SEA, the first thing to say is you will probably be liable to summary dismissal – although losing your job might be the least of your worries.

If you are summarily dismissed, not only will you have lost your job, but it is likely that your employer will require you to cover up to $1,000 of the repatriation costs and you will not be given, or have paid in lieu, any notice period.

Turning to the bigger picture, the superyacht world is small, and discretion is king – so being summarily dismissed for breaching confidentiality is likely to have a knock-on impact on your employability in the future.

Being asked to enter into an NDA may be slightly intimidating at first glance, especially if you don’t understand why. But remember, these are more about protecting information important to the Disclosing Party and do not aim to catch out or punish the recipient unduly.

If you don’t understand why you are being asked to sign, speak up, the explanation is most likely to be straight forward and uncontroversial.

However, do not take too relaxed an approach either. The consequences of a breach can be significant, not just from a legal perspective, but from a career perspective too.

We all work in a world where great value is attributed to discretion. None of us should wish to be the one who undermines that value.

Dom is a Director in Bargate Murray`s superyacht group based in London and advises owners and their representatives on all aspects of superyacht ownership and management.