Industry » Northerners in Monaco
« BACK 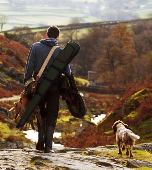 It was day two of the 'Northern Lads Monaco Grand Prix Booze Cruise' and the boys and I were settling down for breakfast. We were on the aft deck of the super luxurious Silver Seas cruise ship in the glorious sunshine just off the coast of St. Tropez.

The night before we had 'settled in' with a little too much gusto and were nursing faint hangovers which, for men of our age, takes some doing. I decided that we needed some 'hair of the dog' and so when the waiter came over to ask if we wanted some tea or coffee , I explained to him that as it was Mr McGeorge’s birthday, if it would be possible to have a bottle of champagne. He said that he would have to go to the bar at the 'sharp end' but would be back as quickly as possible.

The following morning, naturally, we were in even worse shape.  As as our man came bounding over to escort us to our breakfast table , I explained to him that, coincidentally, it was Mr Dean’s birthday today and so could we have another bottle of champers.  He again took himself off to the sharp end bar and returned with the bubbles.

On day four as we arrived on the poop deck feeling decidedly pooped, our waiter took one look at us, flung his arms wide open and shouted to me “Happy Birthday Monsieur!” Now he’s getting the hang of it, I thought. As we left the breakfast table in fine fettle, McGeorge suggested that I should give the waiter a good tip, so in my best Yorkshire accent I told him not to boil his woollens.

Day four was Grand Prix highlight day, and the rest of the ship's guests were preparing to board the tenders to be dropped off in Monaco. As previously explained, Rusty and I were gate crashers on the trip and unfortunately had no tickets for the main event. We instead retired to the top deck bar for bloody marys and planned to spend the day clog dancing round the pool, (as according to the shandy-drinking  Southern Sissy, that is what us Northerners do with every waking hour of our spare time.) Anyhow, as we lay there on the sun loungers in our clogs and Vilbrequins, all on our own apart from the bartender, up pops a very young looking, whizz kid American chap. Turns out he was in fact the Vice President of Marketing for the shipping line. I shall refer to him as 'Jim the Schoolboy' due to his relative youth, and we got along really well with him for the whole trip, as we were rather firmly in naughty schoolboy mode for its duration.

Jim naturally enquired as to why we hadn’t gone ashore to watch the race and we told him of our plight. He returned two minutes later with two VIP tickets for somewhere in Monte Carlo in his hand.  We quickly downed a couple of screwdrivers (voddy and orange) to prepare ourselves, as us Northerners are a healthy bunch and always try to have our “ five a day” before heading off in the tender.

Progress was slow once we reached Monaco Port as we had by now downed a bottle of champers two bloody marys and two screwdrivers and also my clogs were pinching a bit! We decided therefore to stop at Stars and Bars for a cleansing ale. It was when the noise levels outside reached cacophonous proportions that we realised that we had missed the start So with the thought of several hundred laps ahead..we had another beer!

Eventually with the help of several policeman we found our seats, except they weren’t seats. Our V.I.P. badges had gained us access to the roof garden of an exclusive office building at the bottom of the road heading up to Casino Square. The lawn had dozens of tables laden down with fine wines, canapés and cocktails and all the beautiful people were there , including Rusty and myself. This was deep joy enough but when we looked across the road, there, squashed on to a small balcony, were all the London barrow boys who had waved bye bye to us as they left the ship that morning!

I believe they call that karma.