Industry » Features » USSA: A Voice for the American Market
« BACK

USSA: A Voice for the American Market 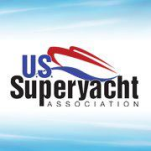 No one can say exactly why it took so long for the U.S. Superyacht Association (USSA) to come about. But in the seven years it has been in existence, it has grown substantially, and has become the industry’s strongest voice within the United States.

It has taken on the burdensome task of communicating the importance of superyachting to an economically weary and largely land-locked country. While the United States is blessed with coastlines – providing ample access to the Atlantic, the Pacific, and the Gulf of Mexico – that makes up only a small percentage of the country’s total land mass. About 90 percent of American counties are land-locked, and contain about 60 percent of the population, according to the U.S. National Oceanic and Atmospheric Administration.

That presents a substantial challenge for an industry with an epicenter located at the southeastern-most tip of the country. The majority of the American population isn’t familiar with recreational boating, let along superyachting. This means they’re also unfamiliar with the economic benefits. That presents a unique challenge for the USSA: How to inform the general population of the economic benefits of superyachts.

The key, according to Bert Fowles, the marketing chair of the USSA, is to simplify the messaging. “Not everyone has been indoctrinated in all the costs of owning a boat,” Fowles says. He was born in Nebraska – about as land-locked and water-free as a U.S. state gets – and so he knows all about this. “What we’ve tried in messaging with the USSA is to break down that message to say: The Bigger the Boat, the Bigger the Impact.” It is this message that the USSA has taken to local and national lawmakers, and to the general population in its seven-year history of working to advance the large yacht industry in the United States.

“It’s a small, fragmented industry and people sort of do their own thing,” says John Mann III, the current chairman and one of the founders of the USSA. “We saw the need, because we didn’t have a voice anywhere.”

Today that voice in the United States is the USSA.

The USSA was borne of the confusion wrought by Hurricane Wilma in 2005. Just two months earlier, Hurricane Katrina had wreaked havoc on the Gulf – demolishing such facilities as Trinity Yachts’ New Orleans shipyard – and Wilma was headed straight for the southern tip of Florida just days before the Fort Lauderdale International Boat Show (FLIBS). Due to this, many Europeans didn’t attend the show and Mann was asked to fill in at the U.K. Superyacht Association’s booth. Mann’s company, Bluewater Books & Charts, was their southeastern distributor. “It dawned on myself and David Reed, in particular, who was with me, that maybe 50 percent of owners were American and we were much bigger in builds than we are now,” Mann recalls. “We’re a major player in the superyacht industry and yet we didn’t have a national trade association.”

By September of the following year, the U.S. Superyacht Association had been incorporated. They crafted their mission to promote the U.S. market as “a place to build your boat, as a place to bring your boat to cruise, as a place to get your boat provisioned – really on behalf of all our members,” Mann says.

The founders were also interested in advocacy on behalf of the industry. They wanted to engage with legislators to protect the industry’s interests.

“Our mission that we crafted back at that point in time has stayed the same,” Mann says. “It’s to promote the U.S. superyacht industry and obviously the companies that participate in it. And secondarily to serve as a voice – and that was aspirational.”

What started as an association consisting of a dozen members in September 2006 has grown to include nearly 300 today.

Much like in the European Union, the United States is made up of several layers of laws and regulations. There are both federal and state laws, along with the ever-complicating laws of the local jurisdiction. For an American, this is nothing novel. But for someone who believes they’ve entered into a single country with a unified set of laws, they have another thing coming.

Even federal laws and regulations are treated differently, depending on where you pull into port, Mann says. “You have a foreign-flagged boat that comes into Fort Lauderdale and understands one thing, and then he goes up to New England and to a port in Newport which has different regulations,” he says. “But timeout – these are national regulations. They should be enforced uniformly.” This is one of several areas where the USSA is working to create a more cohesive environment – an environment that encourages foreign-flagged boats to call its ports. In addition, the association is working on gross tonnage regulations, cruising licenses, getting dedicated U.S. Customs and Border Protection agents at every port, and opening up federal shipyard grants to yacht-builders, Mann says.

The USSA has done the most work on the first two issues.

In the U.S., builders and owners are at a disadvantage, because any vessel over 300 gross tons is subject to commercial regulations – both in construction and how it is operated. Meanwhile, in Europe, the limit is 500 gross tons.

“We think that’s silly,” Mann says. “We think that any boat used for recreation, regardless of size, should fall under the same rules.”

In addition, cruising license regulations are set up so that they scare boats into other waters – taking all of their money with them to foreign ports. After a year, a boat has to leave U.S. waters for two weeks before returning. “A lot of those boats don’t come back,” Mann says. “They spend a ton of money. Why send them to another country?”

Kristina Hebert, the chief operating officer at Ward’s Marine Electric, is taking over the reigns of vice president of the USSA. She has also done considerable work as co-chair of the Advocacy Committee, which has two co-chairs. “One part of the committee is legislative and the other is regulatory,” Hebert says. “They work very closely but often times must do so independently.” The reason for this has as much to do with practicality as mission. For starters, there are 535 members of the U.S. Congress. “Ultimately the USSA would like to meet and discuss our industry with every single member but that is neither practical or necessary,” she says. “It is key, however, to work with legislators both in the House and Senate that represent the seven regions of our association and therefore have familiarity with the marine industry and specifically the superyacht industry.”

Congressional Committees are also important and the USSA has hired a lobbyist in Washington, D.C., to help deliver this message: “Big Boats Equal Big Jobs.”

On the regulatory side, the USSA has worked to foster relationships with the agencies that carry out the law – not so much the lawmakers themselves. They have worked with the U.S. Department of Homeland Security, U.S. Customs and Border Protection, and the U.S. Maritime Administrative Division of the Department of Transportation.

“Constant communication and follow up are required to be successful in advocacy initiatives,” Hebert says.

It is also imperative to have the right message.

If you want to get a message out, it’s best to go to the professionals. That’s exactly what the USSA did in taking on Fowles as the chair of the Marketing Committee. Fowles is the vice president of marketing at IGY Marinas, and knows how to tailor an attractive message.

Just take “Big Boats Equal Big Jobs” as an example. “We just have to get the correct messaging to the markets,” Fowles says. “Not only the end user of the vessels, but also the local legislators to say, ‘Listen: boat is not a bad word. The more boats you have, the more support they need, the more things they’ll buy, and these are the things that will push the economy in the right way.’” The key is to get the average American, when they see a massive yacht, to think about all the money that yacht brings into the local economy. “We also need to push it from the bottom up,” he says. “I believe it was John F. Kennedy who said: ‘Until a janitor believes we can go to the moon, we’re not going to be able to go to the moon.’ Until we get the message out to people who understand from a very basic level that this is not an exclusive industry, it’s a very inclusive industry – that’s where we need to start.”

In order to perpetuate this message, the USSA has established the Come See U.S. brand for its marketing initiatives. “This is a brand we use to get our message across, which is exactly that: Come see the United States,” Fowles says.

In the end, the association’s success, he says, is judged by the membership. At this point, the reaction has been strong, and many believe the USSA is bringing positive benefits to its members and enhancing the industry.