Crew Retention - How to Build and Keep a Great Team 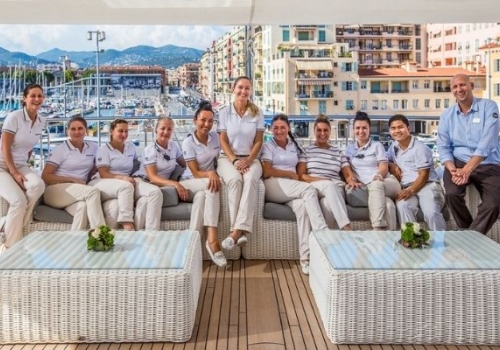 Crew retention is generally perceived to be one of the biggest headaches in the yachting industry, yet cited as one of the most important factors in maintaining an efficient and happy ship.

We spoke to leading industry figures in recruitment, training and operations to ascertain the fundamental issues surrounding crew retention – and identify the best strategies for improving longevity.

One stumbling block which is universally agreed upon is lack of leadership, with Luxury Hospitality founder Peter Vogel citing poor leadership as the number one reason for crew moving on. "If you are not led in a professional manner that feels fair and just, why would you remain?" he asks.

"In the lead up to the pandemic, crew members would see a better leader or improved package and go for it but, in the past year, crew have had an opportunity to reflect and realise things aren’t that bad, and to better understand what they were trying to achieve."

This post-pandemic volte face is echoed by Tim Clarke, director of Quay Crew, who believes that far too many yachts habitually turn over a significant percentage of crew each year. "Currently I think crew retention is better than it has been due to the pandemic," he adds. "Crew are more reluctant to leave a job right now.

"Retention is hugely important for a team to perform to the best of its ability. The more time served, the more efficient the team becomes and the better service the owner receives. A good indicator of a happy crew is longevity on board."

Historically, the problem has been exacerbated by age, with younger crew members more likely to move around than their older, more experienced colleagues. Peter points out that "the younger generation is in it to have fun and travel, but if the slightly older crew can help them to see their potential and what the future might look like, there’s every chance they will become professional and remain long term." 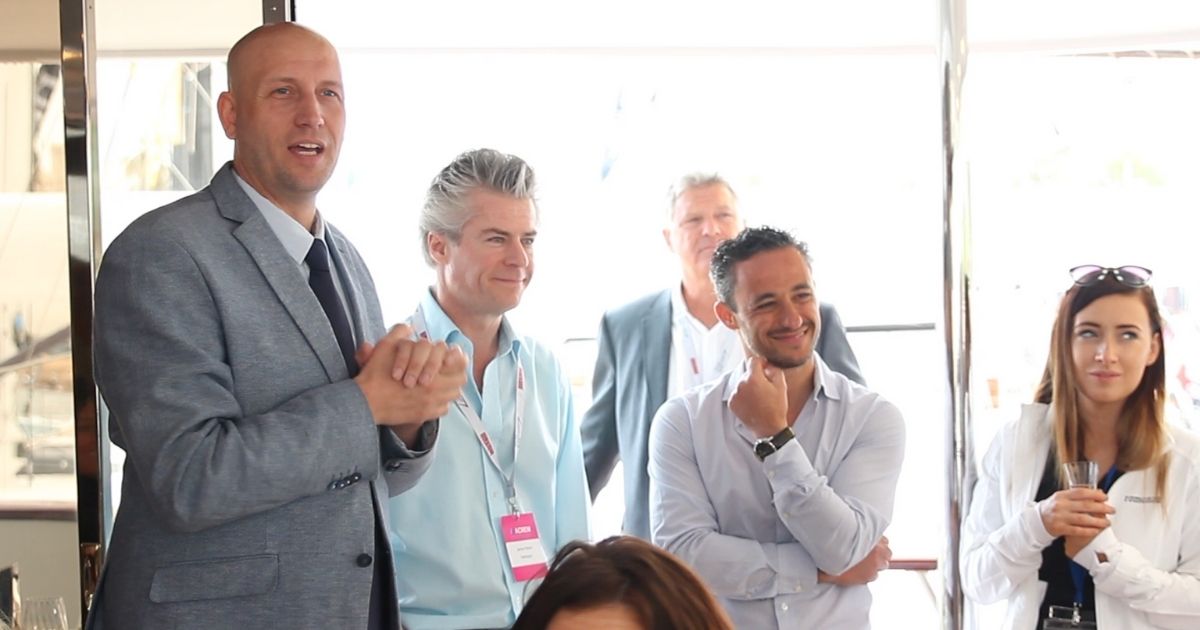 A cycle of poor turnover can be hard to break. "If a new joiner arrives to a yacht where crew are leaving, they may question whether they have made the right decision to join," says Nicola Morgan, director of wilsonhalligan. ‘Having a strong, solid team who have worked together for a while is more enjoyable as strong bonds form, the job becomes easier as everyone finds their ‘place’ in the team and ultimately this leads to a better experience for the guests. I always think of the knowledge lost every time someone leaves; it can have a real knock on effect."

A positive mindset is vital to crew bonding and performance according to Giles Sangster, longstanding Captain of the 80m Talitha G. "Keeping everyone positive, motivated and engaged in their role and as part of a family is key," he asserts.

Thinking and behaving as a collective is also vital and Giles advises: "Be a team player not an individual. Think about what you say before you express it. The best crew members are those that are recognised for something positive, not the opposite."

With many airline, commercial and cruise sector staff also transitioning into yachting as a result of displacement due to the collapse of global travel, the job marketplace is currently flooded.

"Traditionally, the deckhand and junior stew levels have been very fluid because they are looking for new experiences but my advice is, if you have a job, don’t move," says Hill Robinson’s Global Recruitment Manager Donna Murray.

"We recently received 500 applications for a deckhand role. I’d like to see crew become more realistic about how good their jobs are. The grass is not greener. The expectations of the younger yachting generation are high but they have to earn their stripes. They want to come in at a certain level and don’t realise it might take them a couple of years to attain that."

Other tripwires to good retention are late payment of wages, boredom if the boat doesn’t travel, lack of new crew blood year on year, harassment and bullying and lack of team cohesion. High turnover is further influenced by poor hiring decisions, one or two poisonous crew members and live aboard owners who take little downtime, leading to a higher rate of crew burnout.

According to a 2020 industry survey, 69 per cent of all junior crew and 65 per cent of chefs leave during their first year of employment. Crew turnover is usually between 20-40 per cent per annum, which is significantly higher than comparable shore-based industries.

Luxury Hospitality Insight specialist Lynne Edwards believes happiness and engagement on board count for more than high wages, with only 9 per cent of crew citing money as the main reason for leaving, according to 2017 research by Impact Crew.

"Factors encouraging crew to remain include job security, competitive salary, safe working conditions, satisfaction of low level basic needs like food and sleep and the ability to improve through training," she explains.

Donna identifies five main elements to job satisfaction – the yacht, the owner, salary, crew and itinerary, adding: "If you can get all five to suit you, or 4/5, fantastic! You can have the most beautiful yacht in the world but it’s the crew who make it happen. If their mental health, training and morale are paramount, that creates a good onboard environment." 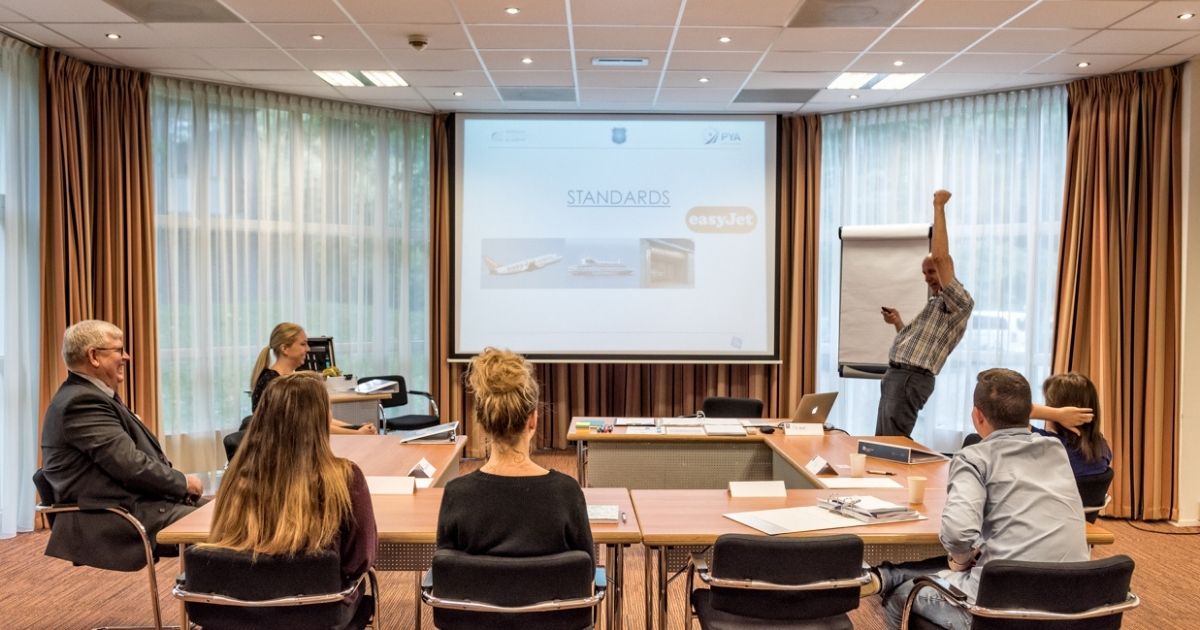 Leadership training is now an integral part of smooth yacht management, with captains and HODs benefiting from enhanced strategies to ensure crew cohesion and contentment, and Peter believes that much can be solved that way.

"If someone stands still in their development and does not go up the ladder, it freezes the operation, the individual and the organisation," he says. "They will seek that satisfaction elsewhere. Leadership is at the heart – respect those leading you, have fun, which will radiate to your teammates and, if there’s a problem, identify it, discuss it openly and frankly and agree on the way forward. Communication is vital."

Giles agrees that training creates an unbeatable team spirit. "If you train people well enough that they could get a job elsewhere and recognise them with respect and responsibility, they will not want to work anywhere else."

Effective and honest recruitment also yield longevity according to Tim, who advises: "Make recruitment your number one priority. There should be a good, well-structured and completely honest interview process regarding the pros and cons of working on the yacht along with a good salary and leave package.

"A great working environment, good leadership and opportunities for crew to develop professionally, continually learn, be given more responsibility and get additional qualifications will help to keep them on board long term."

And if crew ultimately decide to leave? "Conduct exit interviews to find out why, listen to the results and look to improve. Look at your yacht honestly and work out what its strengths and weaknesses are," he adds.

It’s not rocket science to recognise that longevity leads to allegiance, which in turn makes the vessel a happier and safer workplace. "The yachts with the best crew longevity have excellent leadership from the top - allowing HODs the freedom to manage while still being there for support, good owners who crew genuinely enjoy working for, perks such as a good annual leave allowance (rotation is even better), bonus schemes in place which reward longevity and training," explains Nicola. "A comfortable environment can make a difference – this is a home as well as a workplace – and many enjoy a gym/workout space while others love the idea of a crew dog!"

Adds Lynne: "When long-standing crew develop an understanding and acceptance of, and trust in, each other, the yacht benefits from being properly maintained, which can cut running costs enormously, reduce the need for close management and create a safer environment aboard due to their knowledge of safety systems, equipment and drills.

"Some crew members view yachting as a short-term venture to travel or fund a personal project and many women in the industry have left by the time they are in their 30s or 40s to move ashore and start a family.

"Qualifications, experience and personality should come before looks, gender and ethnicity.  In our image-driven industry, we still have a mountain to climb but the yachts on which we train, which have adopted LH’s 360 approach, have experienced great success in increasing crew retention and creating highly functional, cohesive teams."