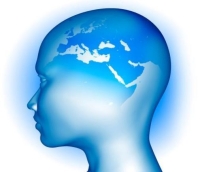 ISIS are, by now, familiar to us, through their many public beheadings and kidnappings of foreign hostages to be used in publicity propaganda. They are without doubt the major concern for all foreign workers present in many of the Arab states and the local population who are struggling to survive daily.

They are no longer restricted to their traditional power bases in the cities and towns in Iraq and Syria, but are extending their influence in neighbouring countries such as Egypt and Libya, taking full advantage of the economic and political struggles of both countries. They have sympathizers and followers throughout Europe, who are either engaged in current campaigns or returning from fighting indoctrinated with a vision of their ideology for the future.

(Figures from Europol suggest that 5,000 EU citizens are engaged in fighting in Syria or Iraq or have travelled to these countries and returned home.) Recent news headlines and comments from military sources, such as the Italian Minister of Defence, have suggested that ISIS have the motive and means to adopt a maritime attack strategy in the Mediterranean Sea, which would have huge implications for the shipping community in general.

Parallels can be drawn with the recent experience of piracy off Somalia, which has plagued the shipping community for many years and continues to do so.

ISIS are, by now, familiar to us, through their many public beheadings and kidnappings of foreign hostages to be used in publicity propaganda.

But what are the real chances of ISIS carrying out such threats and how can the shipping community prepare for such a situation actually happening? ISIS have developed training camps in Libya and are active in the Sinai Peninsula in Egypt, alongside other jihadist groups who are sympathetic towards or affiliated to them.

These groups may not be directly involved in ISIS operations, but rather allow them to operate on their territory. The most prevalent of these groups are the Salafist jihadist group Ansar Beit al-Maqdis, who have openly pledged allegiance to Adu Bakr al Baghdadi.

In Libya, the eastern town of Derna has long been governed by a federation of jihadi groups providing a permissive environment in which ISIS can operate. It is likely that they have become more powerful than the established jihadi group Ansar al Sharia. However, they are currently working with other groups, rather than superseding them.

Intelligence sources indicate that ISIS have around 800 fighters in Derna and dozens of training camps on the outskirts of the town, along with larger facilities in the Green Mountains nearby. These facilities are said to be training new recruits from Africa and returning jihadist from Syria and Iraq. Derna however, is situated between Tobruk (where the Libyan House of Representatives have established their base as the UN recognised government) and Benghazi (where the army of General Khalifa Haftar is attempting to establish control from which to govern the rest of Libya (“Operation Dignity”)).

Further west, the city of Tripoli is under the control of the other de-facto government, Libya Dawn, who are a disjointed coalition of former al-Qaeda jihadists, Berber ethnic militias, members of the Libyan branch of the Muslim Brotherhood and a network of conservative merchants from nearby Misrata. In effect, the country now has a series of warring states, west verses east, with three main groups vying for power; Libya Dawn, Operation Dignity and Jihadist groups. Many see this as two main groups, with the jihadist as the ‘spoilers"

So, could ISIS really launch a maritime campaign in the Mediterranean to disrupt the shipping community and lure Europe into acting? In theory, yes they could.

Libya has a coastline of around 1,000 miles and ISIS are known to have multiple resources and funds at their disposal. They are well armed and motivated and thrive by engaging in activities that cause worldwide condemnation and possible over-reaction. This gives them power and the image that they are greater in number than they are in reality. By making countries react, they bolster their numbers by showing western aggression as the enemy. Consider the beheading of the 21 Egyptian Coptic Christians. Immediately, Egypt reacted with airstrikes and ISIS with retaliatory car bombings. Now, thousands of Egyptians are fleeing Libya, back to Egypt for fear they may be targeted. This is effectively clearing a path for ISIS to exploit and forcing governments to pick sides.

ISIS claimed this week on social media that they intend to send 500,0002 towards Europe in hundreds of boats to cause havoc. Would they have the numbers to do this? Probably not, it is thought that there are anywhere between 1,000 to 3,000 fighters on the ground in Libya, however if they were to use the hundreds of migrants that leave the Libyan coast on almost a daily basis, as their pawns, they could cause enough fear to spark a reaction, or in their hopes, an over-reaction.

Libya is close to the European shores (400 miles from Sicily). As stated by the Italian pro-ISIS blogger Adu Irhim al-Libi, ISIS could reach these shores using small boats. He goes on to suggest that such action could close shipping lanes and that ISIS could target “crusader” ships and tankers. He has written an article entitled, ‘Libya: The Strategic Gateway for the Islamic State.’ However, the reality is that ISIS are not really intent on reaching Europe, as they have their disciples already there, in every major city. They want to be noticed and feared and the best way for them to do this, is to continue parading their captives in orange overalls, for the world to see.

The Mediterranean accounts for about 15 percent of global shipping activity (approximately 220,000 ships annually) and approximately 370 million tons of oil are transported per-year by around 600 tankers a day. More than 200 ferries transport about 150,000 passengers daily, not to mention the thousands of fishing boats that rely on the sea. Many wealthy people from all over Europe use the Mediterranean as their playground, moving from country to country in their Superyachts.