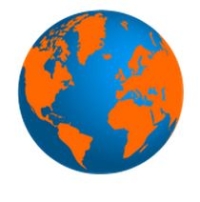 Intelligence is more than information and news gathering. It is the process by which information is collated, verified, analysed and used to respond effectively to time critical information. Current, historical and creditable intelligence not only tells you what the risks are but projects possible hot spots of criminal activity. At Allmode we do not outsource intelligence but gain real time situational awareness and speed of reporting by continually developing our product, and getting the time critical information out to our teams and clients. Our services include: 3. 03/09/14 (Position 22°44’ N - 070°01’ E, Kandia Outer Anchorage, India) At 0230 LT three robbers armed with knives, boarded an anchored Product Tanker. They threatened the duty crew, who managed to escape and informed the bridge. The alarm was raised and the crew were mustered. The robbers escaped with ships stores.

4. 04.09.14 (Position 28°24’N - 050°11’E, Persian Gulf) At 0645 UTC x 3 grey and orangehulled speed boats approached a vessel’s starboard quarter to within 1.2nm. Each boat contained x 2 POB in black clothing, and reportedly were armed with a machine-gun partially covered by a tarpaulin. The Master conducted evasive manoeuvres whilst being followed for 5 – 10 minutes, after which the boats headed in a westerly direction. Vessel and crew are safe.

6. 08/09/14 (Position 13° 07’N - 048°41’E, Gulf of Aden) At 1300 UTC an MV reported another craft in distress unable to start its engines. A large number of passengers, approx. 50 – 60 including children were sighted inside the craft under an orange tarpaulin. Despite providing a lee and standing by to assist, offers of help were not accepted. The craft regained propulsion and headed off towards the Yemeni Coast.

7. 17/09/14 (Position 13°42’5”N - 050°28’3”E, Gulf of Aden) At 1305 UTC an MV reported being approached twice in the Gulf of Aden by x 3 skiffs (one described as a mother-ship). On the first occasion the CPA being 1nm, on the second at position 13° 36’1”N, 050° 13’6”E x 1 skiff closing to within 3 cables. The MV implemented protection measures, during the second approach the embarked Armed Security Team fired one parachute flare followed by two more, after no response by the skiff, x 3 warnings shots were fired whereupon the skiffs moved away. A coalition warship in the vicinity was being kept informed. The vessel and the crew are safe.

8. 25/09/14 (Position 26°15’N - 056°45’E, Straits of Hormuz) At 1253 UTC an MV reported being approached to within 20m astern by x 1 skiff at speed. The grey skiff approx. 10m in length was carrying x 3 POB, weapons were alleged to have been sighted plus rope and hook. The MV with no AST embarked, alerted vessels in the vicinity, applied self-protection measures, increased speed and carried out evasive steering, the skiff eventually breaking off and falling astern, the incident lasting for 1.5 hours. The vessel and the crew are safe.

9. 25/09/14 (Position 13°05’N - 043°5’30”E, Gulf of Aden) At 2126 UTC an MV reported being approached to within 1 – 2 cables by x 8/9 skiffs who followed for approximately 1.5 hrs. The MV transmitted a Mayday on VHF and HF DSC received by ships in the vicinity and shore authorities. Due to darkness the MV was unable to accurately identify any distinguishing features or confirm sightings of weapons/ladders. The embarked AST fired warning shots, contact breaking with the skiffs at 2257 UTC. UKMTO advised vessels transiting the area to remain vigilant. The vessel and crew are safe.

10.29/09/14 (Position 12°22’ 05N - 043°53’E, Gulf of Aden) At 1144 UTC a vessel reported being approached at speed to within 8 cables by 1 skiff. The dark blue hulled skiff was carrying 3 POB. The embarked Armed Security Team displayed weapons whereupon the skiff withdrew to join 2 other skiffs carrying 1 and 2 POB respectively. No weapons or ladders were sighted. The vessel and crew are safe. Traditionally, the inter monsoon period from September to November will see an increased risk of piracy incidents in the HRA. As the seas calm and the wind abates in the Indian Ocean, the capacity for pirate operations increases throughout the HRA and especially in the Indian Ocean, thereby extending the range from which attacks can be carried out. Pirate groups will move away from the shelter of the Bab el Mandeb strait and venture further away from the patrolled RTC. This effectively puts all vessels at increased risk of attack. During this intermonsoon period, winds around Socotra fall below 9m per second (18kys) enabling small boats to operate further out to sea.

Most skiffs are able to operate when the wave height is below 2.5 m, therefore close attention to the weather conditions is advisable, in particular the surface wind speed, when determining how vulnerable a vessel will be. The use of motherships also increases the range from which attacks can be launched and any sightings of suspicious vessels should be reported immediately to the UKMTO to warn others of any possible threat.

As the graph shows, the number of reported incidents is increasing as expected, with ten incidents during September. Of these incidents, 7 MV’s experienced approaches ranging from 20nm to 1.2nm and 4 incidents involved the on-board armed security teams responding.

The fact that so much more movement is evident in the region could be related to the fishing industry capitalising on the improved weather, although some of the suspicious approaches have reported seeing weapons and piracy equipment on-board the approaching skiffs and POB wearing army style fatigues. It appears that some of the above incidents are examples of soft approaches made to ascertain the presence of on-board security and levels of watch-keeping.

Again, the improving weather conditions have seen a couple of suspicious approaches in the Gulf of Oman, far away from the usual area of the Straits of Hormuz and this is also an indication that attacks are possible further away from land and that patrols from the Omani navy are no deterrent for transiting vessels. All vessels will need to remain vigilant and have all the recommended vessel hardening measures in place.

More reports in the media this month have emerged regarding the Iranian navy thwarting a pirate attack on an Iranian oil tanker. The report suggests that 12 pirate boats attempted to hijack the Iranian oil tanker in the waters of the Gulf of Aden, near to the Bab el Mandeb strait. However, the Iranian Navy’s 31st fleet of war vessels, comprising Bayandor destroyer and Bandar Abbas auxiliary ship, successfully foiled all three attacks against the ship and chased off the assailants.

This report has not been verified and it would seem strange for an attempt involving so many skiffs, not to be noticed by other vessels in the area and subsequently reported to the UKMTO.

On the 19th September, the EU Naval Force frigate, ESPS Navarra, came to the assistance of a stricken yacht in the Gulf of Aden. The yacht had been detected on the warship’s radar in the early morning. ESPS Navarra’s Bridge team initially tried to hail the yacht via their VHF radio.

After several attempts, a member of the crew finally answered the call. He said that they were running very short on water and fuel, but still had some distance to travel in to the Indian Ocean. This is the second time that the Spanish frigate has helped a yacht that has got into difficulties in less than two months. This is a worrying sign and the advice of the International Naval counter-piracy forces is that all sailing yachts under their own passage should remain out of the High Risk Area (HRA) or face the risk of being hijacked and held hostage for ransom. Yachts remain extremely vulnerable to attack, especially now that the weather conditions are improving and access to yachts ( typically having very low freeboard and relatively low speed) is easier that most commercial vessels, especially if they are experiencing difficulties which would affect the speed at which they sail.

EUNavFor are adding to their arsenal of equipment to help fight piracy, by introducing an Unmanned Aerial Vehicle (UAV - General Atomics MQ-1 Predator) as part of the 32nd wing of the Italian Air Force, based in Djibouti. This should provide more real-time intelligence on possible pirate attacks and the Predators will also be used to monitor the safety of World food programme (WFP) vessels transiting the Indian Ocean to provide food and other necessities to needy people in East Africa. This will be the first time UAV’s have been deployed in anti-piracy operations off Africa’s east coast, helping to bolster the already present Operation Atalanta’s forces.

On a positive note, the German-American journalist Michael Scott Moore has been released from captivity at the hands of Somalian pirates, after two and a half years in captivity. This puts the number of those still held captive, down to thirty seven. It would appear that a ransom of approximately $2 million was paid for his release and this in turn caused a dispute to erupt between his captors, leading to six of the group being killed in a gunbattle, over how the money should be divided up.

Such reports shows the instability within the pirate groups and a degree of desperation and frustration experienced by the captors. This does not give much hope for the remaining hostages, all of whom are from poor backgrounds and countries which will not aid in terms of ransom payment, although negotiations are still continuing regarding this.