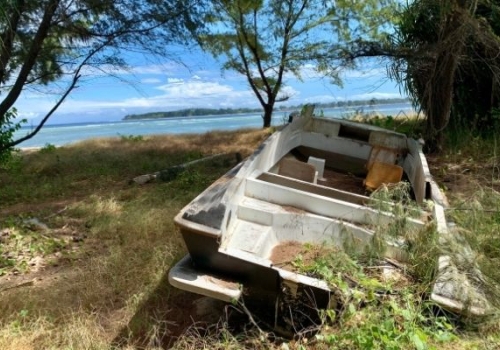 As long ago as 1999, the US based naval architect Eric Sponberg raised the alarm within the recreational boating community with his outspoken article entitled ‘Recycled Dead Boats.’ To quote his actual words, he said: “The industry has ‘shot itself in the foot’ by building boats out of such a durable and almost indestructible material as fibreglass (GRP.)”

Almost a quarter of a century later, the Centre for Aquatic Environments at Brighton University in the UK has picked up the baton and recently produced a video which vividly emphasises the same ongoing challenge. The film features academic research information, and real-life contributions from various stakeholders around the world, clearly making the point; that not enough has been done to address the threats to the environment, or to the future sustainability of boating.

Of course, the root of the problem goes back even further than Sponberg’s intervention. As mentioned in the video, this problem has been building up and hanging over us for a long, long time.

Legend has it that the first 16ft fibreglass dayboat was built in 1953 in the USA, and the material was chosen as it had been successfully used for coffins which would never rot away under the ground. How sad it is that nearly 70 years later, there are still literally thousands of fiberglass boat hulls, either whole or cut into pieces, going into landfill, where they will still be in a thousand years’ time!

This simply can't go on, and it's not even the worst case, although it's bad enough.  Sadly, due to the lack of facilities and funding, some boats are being dumped in forests, sunk in rivers, lakes and oceans, or just left to deteriorate and turn green with mould in marinas and harbours.

So, a leisure marine industry that sells dreams to its buyers, must now find a way to leave a happy, economical and environmentally sustainable ending to those dreams.

Not for the want of trying!

Unfortunately, this situation still exists, despite thousands of words being written on the subject in just about every boating publication. And several dedicated forums being held specifically on the topic at boat shows such as Dusseldorf, IBEX in the USA, and at METSTRADE (supported by ICOMIA,) where it has been actively on the agenda every year since 2015.

During last year’s End-of-Use Boats Panel Discussion, which was broadcast during the METSTRADE Connect virtual event, Dr. Corina Ciocan, principal lecturer in Marine Biology at Brighton University, shared some of the research information that has encouraged her team to compile this highly illustrative video production.

Corina said that she had observed two clearly defined components to the problem of boat disposal. The first, being the impact of abandoned boats, and their effect on pollution of the marine habitat in estuaries, coastal zones and even coral reefs, seagrasses and mangroves etc.

The second and probably more damaging effect, is that of GRP as a dust which is emitted when the material is cut and sectioned during the disposal process. She commented on what she had discovered as the inevitable fate of this polluting dust, basically a fine micro-plastic, which quickly reaches the marine environment where it is likely to be ingested by marine creatures and various organisms. 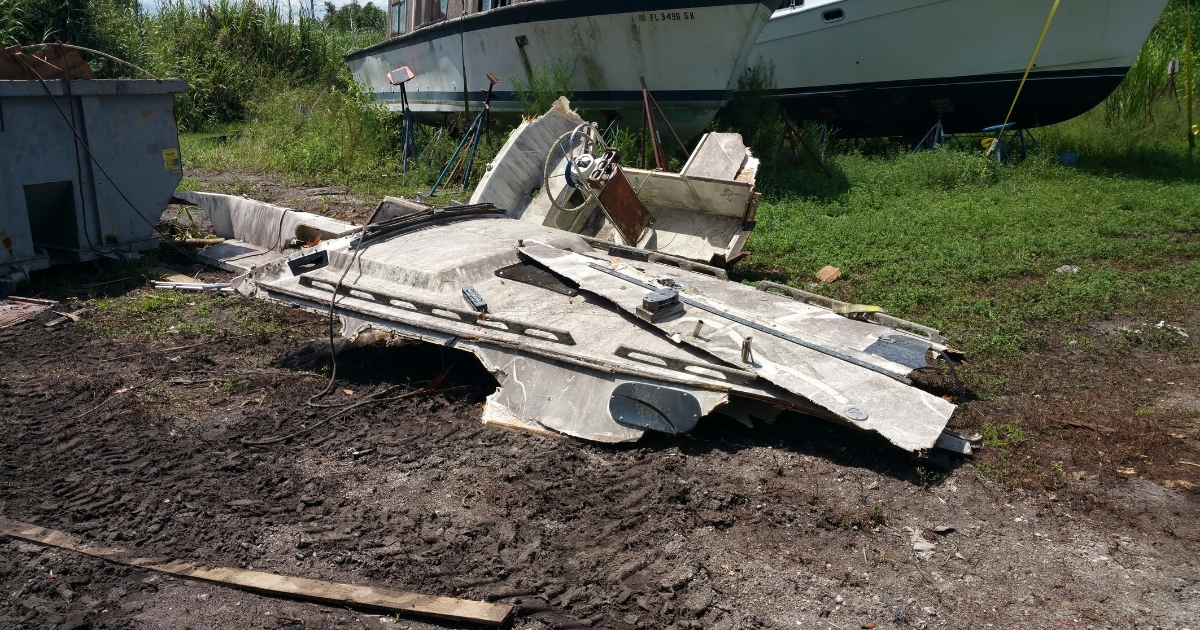 Progress is being made, but far too slowly

In this short summary, it’s only fair to say that there has been some progress in recent years. For sure we have seen more local actions, more ways to re-use waste glassfibre composites, a few successful boat breaking businesses, and more recently some funding becoming available, either from government sources, or from within our own industry.

The APER boat disposal network in France supported by the government, and partly funded from within the French recreational boating industry is one of the best examples, although it has taken about 8 years to fully establish since its inception.

In the USA, Scandinavia, Italy and the Netherlands various methods of up-cycling fibreglass waste into reusable materials with a commercial value have been successfully trialed and tested.

On the east coast of the US another progressive project has taken shape. The Rhode Island Marine Trades Association have successfully disposed of 18 tons of old broken-up boats via the cement kiln co-processing method. This basically puts the GRP waste back into another high-volume construction material rather than dumping it in landfill.

You can watch the video below:

Full marks to the Brighton University team for bringing this important topic so graphically alive for the sake of the boating industry, and for the environment. Let’s get the video seen by everyone who can influence the decision-making process, so that we can move forward with developing solutions at a much faster pace. Future generations of boaters will thank us for it!!