Sustainability & Conservation in Yachting » Sustainability » Mission Ocean: What Nature Can Teach Us About Hurricane Defence
« BACK

Mission Ocean: What Nature Can Teach Us About Hurricane Defence

It is undeniable. Hurricanes and natural disasters are getting more frequent – and more violent – with every season that passes. Loss of life and material damage are growing, with an estimated 1.35 million deaths related to hurricanes, floods, landslides and earthquakes worldwide between 1996 and 2015*, and billions of dollars of property lost. The view from Contigo’s deck

Encouraging the mangrove to grow around the shipyard was a clever move. As well as providing a haven for birds, crabs, fish and other wildlife, mangroves offer excellent natural barriers against tidal surges, tsunamis and flooding linked to hurricanes and tropical storms. Due to their huge root systems, mangroves dissipate wave energy and slow tidal waters, retaining silt and sediment, thus also reducing the effects of tidal erosion. Their aerial roots enable them to absorb gases and nutrients even at high tide, and also act as reserves, meaning that the mangrove plant has all it needs to thrive and grow even when its roots are submerged, and the “mangrove peat” created by decaying root and leaf matter contains a very high level of nutrients. Storm surges and large waves created by hurricanes cause damage to these natural barriers. We were able to witness some of this damage first-hand in Dominica, after Maria last year. We went diving with an instructor friend in the north of the island to check that a wreck had not shifted, or disappeared all together, and help to reduce the lionfish population that was thriving after the hurricanes (note that hunting lionfish with bottles is legal in Dominica). We found tree trunks strewn across the reef, and evidence of broken, dead and dying coral in several locations. Back on the surface, our friend simply said that “Mother Nature will sort out the damage, it’s what she does best.” Diving on the wreck in Dominica

And he was right. In the same way that forest fires have always existed and yet woodlands continue to thrive, nature has created a cycle balancing protection, destruction and regrowth of reefs in between storms. But today, climate change and human impact are being shown to disrupt this natural cycle, with rising sea temperatures and chemical products such as sun cream making corals more fragile, and the time for recovery between hurricanes growing shorter and shorter. Our friend hunting lion fish on the damaged reef in Dominica 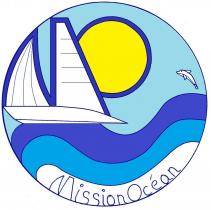