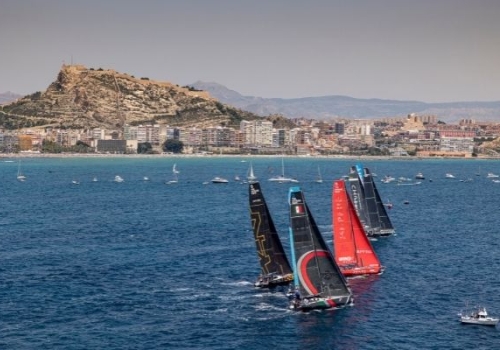 Joining UN Sports for Climate Action, collecting scientific data about the state of the seas, cutting out single-use plastic, measuring and reducing greenhouse gas (GHG) emissions, and engaging with world leaders about the threats to the ocean were just some of the initiatives taken by the 12 teams competing in The Ocean Race Europe to support the ocean and climate.

The Ocean Race Europe is a new event for offshore racing teams, that saw some of the world’s top racing crews competing over 2,000 nautical miles in three stages, from Lorient, France to Genova, Italy with stops in Cascais, Portugal and Alicante, Spain.

All of the VO65 and IMOCA teams - the two classes in the inaugural European Race - joined the UN Sports For Climate Action framework, either as individual teams, or via IMOCA, where some teams are participating via the class association. The sailing teams join a coalition of hundreds of sports events, teams and organisations from all over the world who are taking action on climate change. In joining the Action, teams have committed to reducing their impact, promoting greater environmental responsibility and sustainable consumption and educating and communicating on climate action.

Lindita Xhaferi Salihu, UN Sports for Climate action lead said: “We’re delighted that teams in The Ocean Race Europe have taken this significant step to join us and use their unique platform to display climate leadership, help to make the critical issue of climate change mainstream within the sports community and encourage the industry to take greater action. By being part of the UN Sports for Climate Action teams are with us in the race against climate change, which is crucial if we are to have a healthy planet where people and nature can thrive.”

The Ocean Race joined UN Sports for Climate Action in 2019 and has worked closely with teams to support their sustainability journeys, including helping them to track their impact through a GHG Emissions Tracking Tool that the Race developed for this purpose. 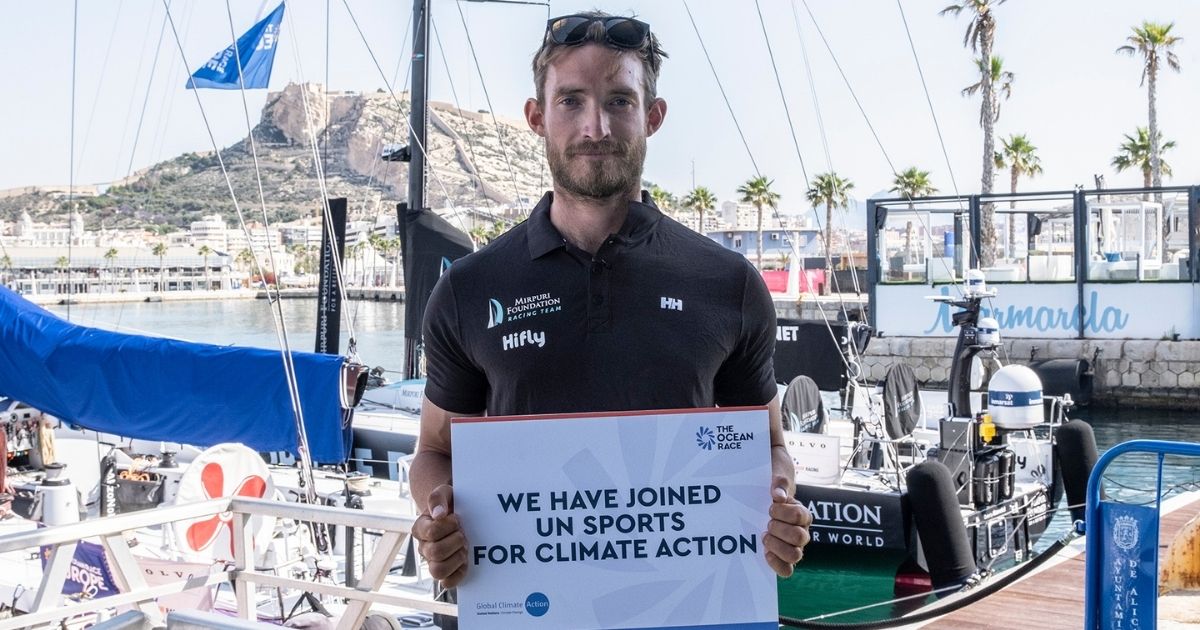 The estimated GHGs for The Ocean Race Europe are approximately 250 tonnes, one quarter of which is the race organisers' impacts and the remaining from race team participation. Along with teams, the Race supports a certified blue carbon project to restore mangroves in Madagascar, which locks away carbon and supports marine life and local communities. The project draws down more GHGs than the Race produced, in order to help achieve the goal of becoming climate positive and contributing to accelerating ocean health restoration.

Anne-Cécile Turner, sustainability director at The Ocean Race said: “It’s fantastic to see the efforts and ambition demonstrated by teams, not just to be more sustainable in their operations, but to use their position to drive change. We are in a race for the ocean and collaboration is essential. By joining initiatives like UN Sports For Climate Action and coming together as a sport we can show other industries and organizations what is possible.”

Other sustainability initiatives that teams were involved in throughout the Race, which finished last weekend, include:

11th Hour Racing Team launched its Sustainability Toolbox - a suite of guides, tools, and templates - that any organisation can use to put in place their own sustainability programme, to help reduce their impact on the planet. 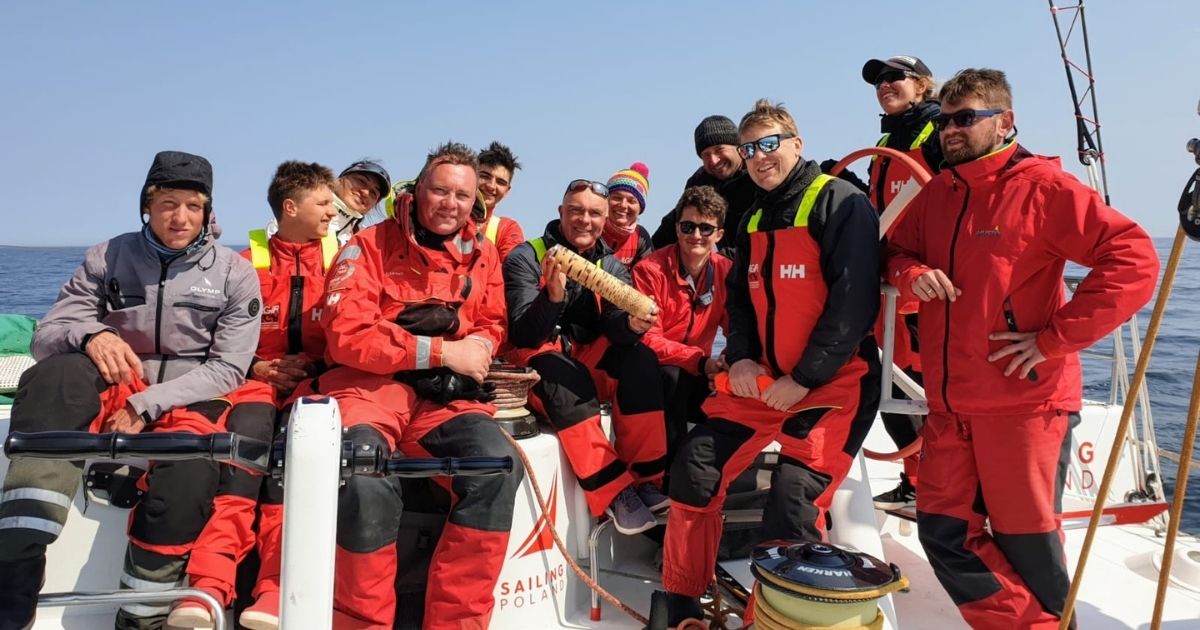 Several teams taking part in The Ocean Race Europe, carried scientific equipment on board to capture measurements of microplastics in the water and data about the impact of climate change on the seas. AmberSail2 and W Ocean Racing took samples of microplastics, while 11th Hour Racing Team measured carbon dioxide (CO2), sea temperature and salinity - indicators of climate change. The data gathered is now being analysed by some of Europe’s leading research organisations to help in mapping and understanding the issues.

Meanwhile, winners of the VO65 class, Mirpuri Foundation Racing Team, captured air quality data throughout the race, in a partnership with EarthSense.

The Ocean Race Summit Europe, a high-level Summit held on 16th June to help drive new and improved policies to tackle some of the most urgent issues facing our blue planet, featured Annie Lush, from Offshore Team Germany, the winning team in the IMOCA class. Annie provided insights into life on the high seas and urged for greater understanding of the world’s biggest habitat and its vital role in planetary health. 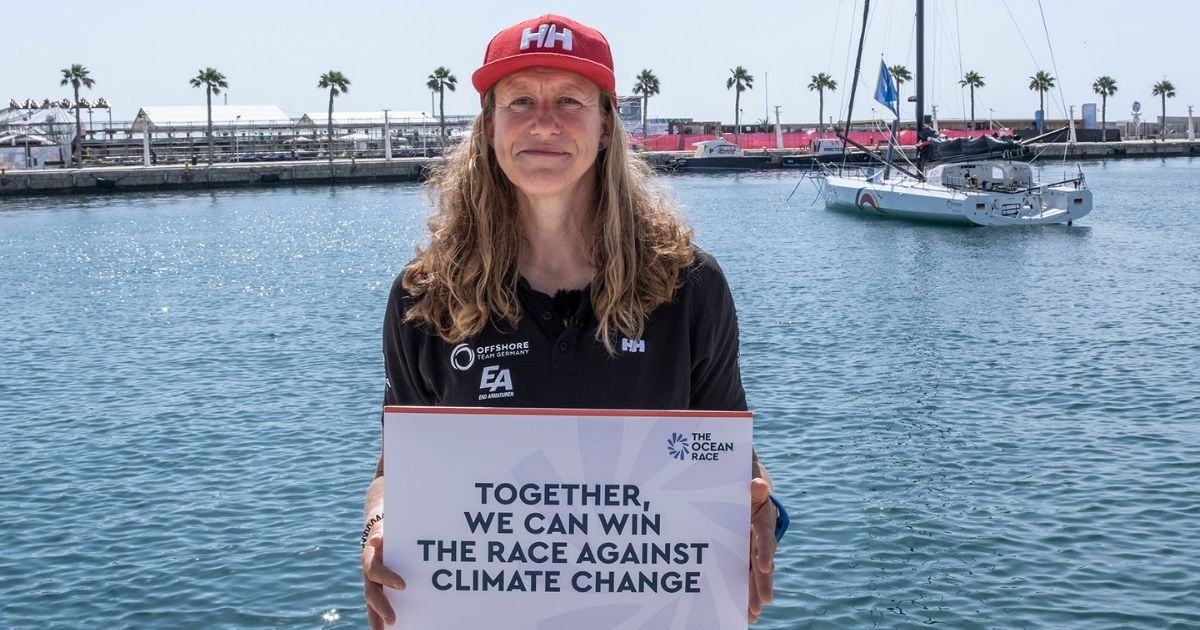 Ambersail 2 also took part in Relay4Nature, an initiative to help drive action from world leaders to safeguard the planet, along  with 11th Hour Racing Team, Offshore Team Germany, AkzoNobel Ocean Racing, Mirpuri Foundation Racing Team, Sailing Poland, Team Childhood I and Viva México. Created by The Ocean Race and Peter Thomson, the United Nations Secretary-General’s Special Envoy to the Ocean, a baton was passed between the teams during the Race and the prologue event, which collected their messages calling for urgent change. The baton, and its collected messages of urgency will be presented at key conferences including the UN Climate Change Conference (COP26) in Glasgow in November.