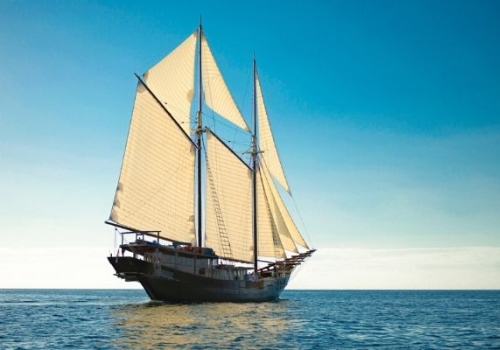 You might think that the opportunity to take in some of the world’s most scenic cruising through the pristine waters of the Andaman Sea to Myanmar, the Philippines, the Anambas, East Malaysia and Indonesia would have made South East Asia a natural shoo-in as a charter-friendly superyacht destination long before now.

However, its progress towards joining the Mediterranean and Caribbean as a world-class seasonal destination has historically been slow, stymied by an unholy trinity of complicated regulations, high taxes and a lack of clarity which has largely failed to reassure Med-based yacht owners that making the long, expensive journey to the region would be worthwhile.

With superyachts subject to different domestic and international rules, legislations and jurisdictions, the SEA nations (ASEAN) operate in a complex regulatory, customs, VAT and tax environment.  And while new charter rules for superyachts have long been promised - in Thailand especially - they have never quite materialised.

Current tax laws in Thailand and neighbouring destinations including Indonesia make it impossible for foreign-flagged yachts to charter in SE Asia’s waters without being temporarily imported and paying tax on the full value of the yacht, instead of just on the charter income. Understandably, this is a complete roadblock for visiting superyachts – few of them will come to the region if they cannot charter during the periods when the owner is not able to use the boat himself.

And with available data suggesting that the yachting industry in Asia will grow by a steady 5-10% a year over the next decade, it’s disappointing to SEA’s major players that more is not being done to overhaul these issues, thereby opening up an industry that is ready to create incredible income generation, employment and general progress.

‘The projection is great, but it is nowhere near what it could be if governments in this region would get behind the industry, change the outdated regulations and remove unfriendly taxes,’ says Andy Treadwell, CEO of Verventia, the company behind the Singapore (SYS), Thailand (TYS) and Hong Kong (HKYS) Yacht Shows and is leading the charge for change in the region. 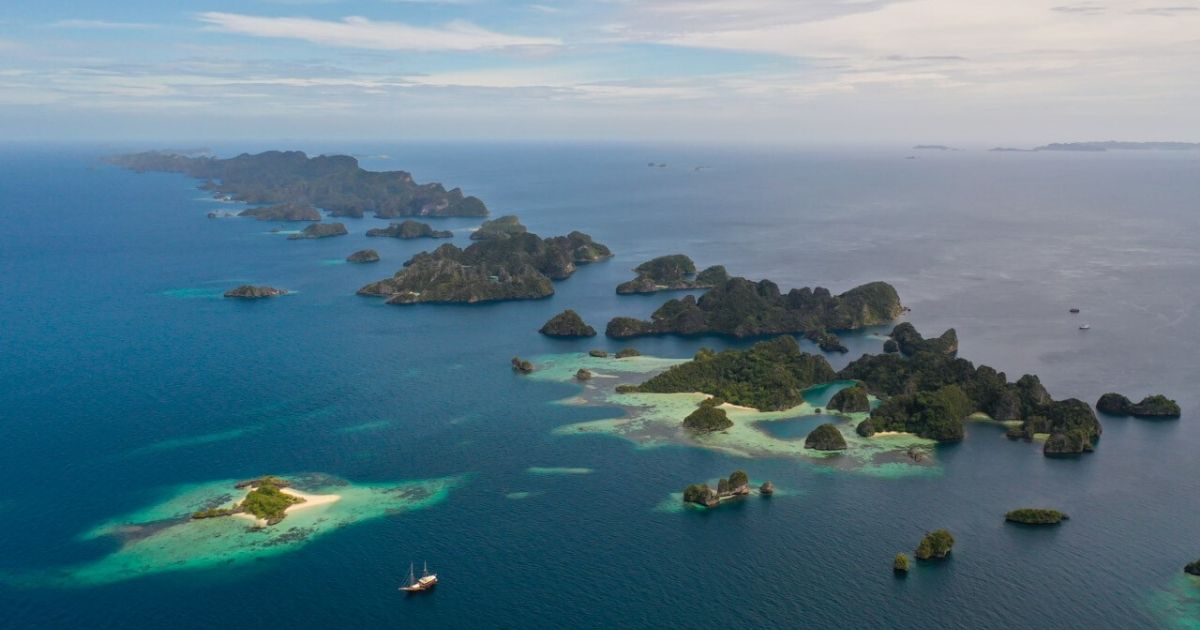 ‘As wealth is handed down to younger, more adventurous and leisure-focused generations, we are starting to see more Asians buying big boats. But there is a lack of understanding by regional governments as to the scale and importance of the huge economic impact and other benefits that a developed yachting industry could bring to local communities.

‘Governments here need to understand the nature of the owners and operators - most of the 1,000 or so that go from the Med to the Caribbean do so because they are free to charter their yachts out when the owners are not on board.

‘Most of the yachts have been doing the Caribbean “Milk Run” for many years and their owners would like to try Asia as an alternative. They won’t come here, however – half as far again as the West Indies – if they are going to be penalised with massive taxes and messy, uncertain and totally incompatible regulation in order to be able to charter.

‘Easing restrictions and facilitating the movement of superyachts across national boundaries would make the region that much more attractive and benefit everyone.

‘There are other blockages – lack of infrastructure, dirty waters in places, and cultural indifference – but all those issues can and will change as soon as we can open up the region by changing the regulations.’

‘We need a flat ASEAN policy and taxation structure which is the same deal whether you are in Thailand, Indonesia or the Philippines,’ says Richard, who started the first shore support agency for superyachts in Indonesia in 2008. 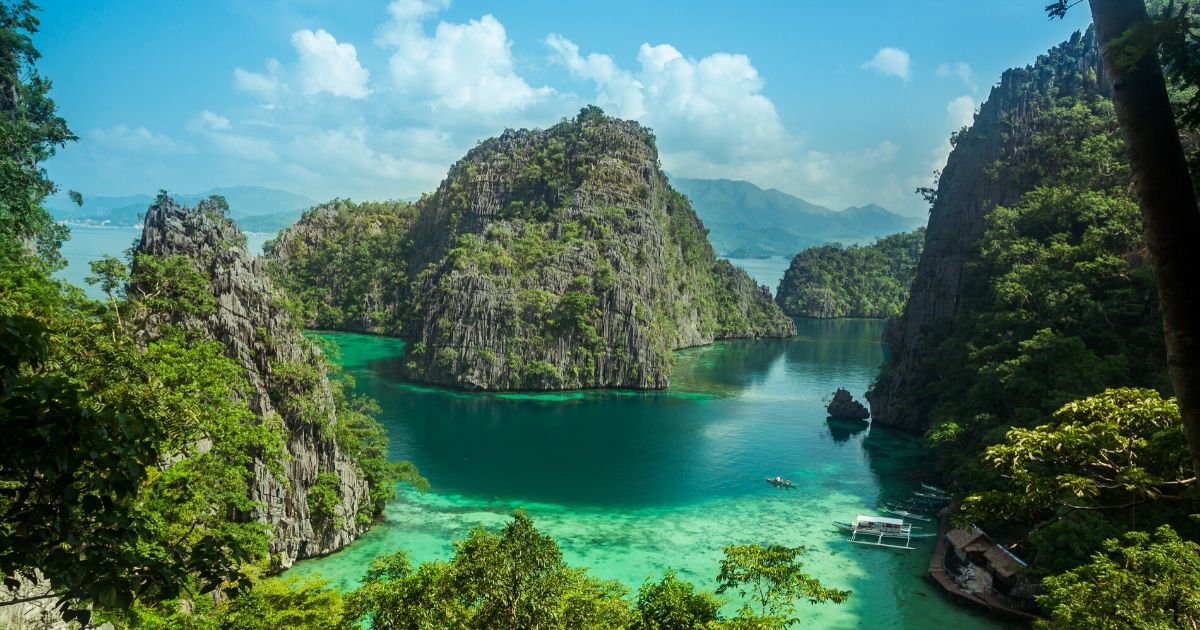 ‘That level of transparency allows managers to make easy decisions to relocate to an area rather than plan country by country according to laws and regulations. It also spreads things more evenly rather than clustering the yachts into the country that passes the regulation first and depriving those that are slower.

‘In our early years, 50m was amazingly big and we’d see just one or two a year. Today, we have three 55m+ yachts in Indonesia, which illustrates things perfectly.’

This certainly supports what could be one of the more positive results to emerge from the COVID-19 pandemic; the desire for charterers to go further afield to explore - and feel safe in - less commercialised regions.

South East Asia would certainly fit the bill, according to Gary Wright of Y.CO. ‘As soon as there is clarity and travel restrictions are lifted, we will see a lot of pent up demand to go yachting from clients who have been forced to isolate,’ says Gary.

‘However, the way people travel and enjoy yacht charter may be different in future. As a result of the precautions we have faced in recent months, clients may be a little more cautious coming out of this, choosing smaller, more intimate yachts, or opting to charter further afield in less traditional destinations.’

Simpson Marine is a founding partner of the Singapore Yacht Show and has supported every single Verventia show. Group Charter Manager Reanna Wang can see the relatively small SEA market widening dramatically, with more owners basing their yachts there if legislative changes are made in the near future.

‘Loosening policies for foreign registered commercial yachts by local marine authorities where it is still not very charter friendly, but has big potential to grow - like Indonesia, the Philippines and Vietnam - is the way forward,’ she says. 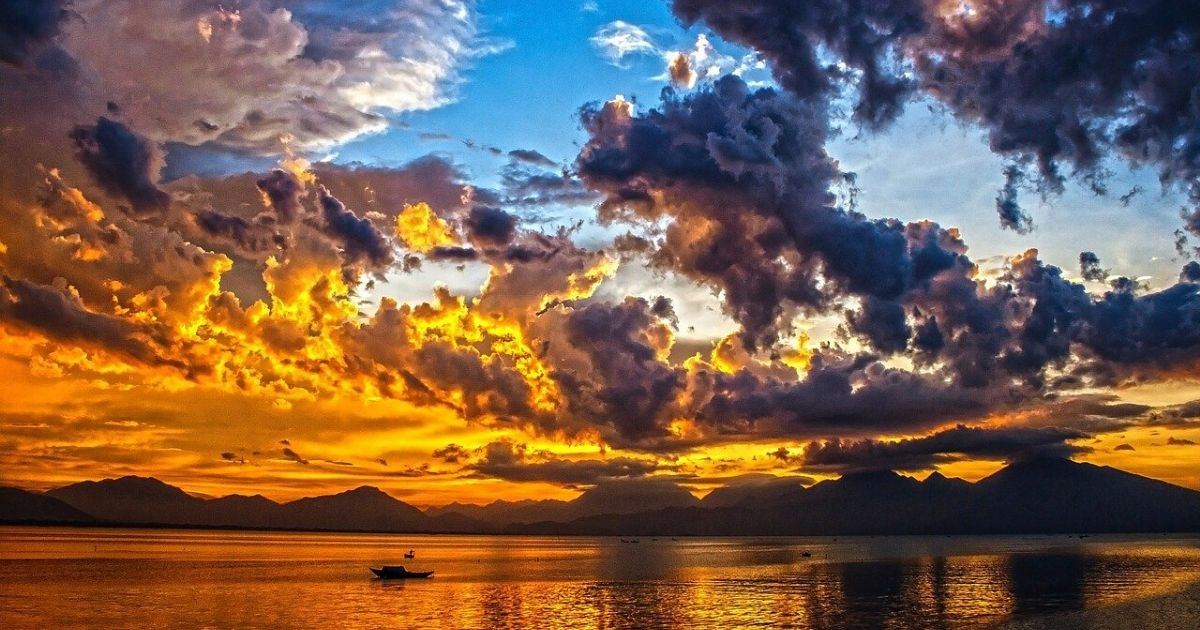 ‘Asia is already growing in popularity due to ease of access, a decade of development in local infrastructure, media promotion, safe and friendly populations, great value, wonderful food, rich culture and huge biodiversity.’

Being well informed and organised is a crucial factor in making yachting run smoothly in the region, according to Martin Holmes of Lee Marine and Northrop and Johnson Asia – a supporter of every edition of the Thailand Yacht Show - who believes that charter permits for foreign flagged superyachts would be a gamechanger.

‘There are some complicated regulations to deal with in Asia, depending on which country you are operating in and whether you are a private yacht or undertaking charter business,’ says Martin.

‘A big step forward came last year with Australia introducing a charter permit for visiting yachts. Visiting yachts would stay for longer, rather than just passing through, if there was an easing of regulations towards them and their crew and foreign flagged yachts were allowed to carry on charter business under a permit.’

So what exactly should governments do in terms of creating or adjusting to friendlier maritime laws to make it simpler and more attractive from a legal, bureaucratic and legislative point of view to charter and sail in SEA?

The key points are simplification of visa procedures, easing of high import and luxury taxes, providing support to develop marinas and refit and repair facilities for visiting superyachts – all of which should be overseen by an ASEAN working committee steered by government ministers, according to Andy Treadwell.

‘Yacht tourism is on the agenda of several ASEAN countries today, yet this was not the case just four years ago when we started the project with the Thai marine industry to get government buy-in there,’ he explains.

‘Just one country needs to open up first, and that should be Thailand; they have enough infrastructure to support 100 yachts or more, and there is only a very minor tax issue to work around. Then the rest will follow suit.

‘We need to push for cohesive co-operation, integration of policies and simplification of regulatory frameworks relating to yachting procedures. We started that ball rolling through the Thai and Indonesian Tourism Ministers, but sadly there has been a bit of a hiatus with the change of government and a lack of funding,' he concludes.

After almost four decades in SEA, Simpson Marine remains optimistic that more government support and investment to speed up developments and expand infrastructure could be in the pipeline.

‘There is still not enough government support to the yachting industry in Asia, with many counterproductive and unfriendly regulations that prevent the industry from growing at full speed,’ admits their Group Marketing Manager Ewa Stachurska.

‘More infrastructures in remote areas are needed to support these yachts in terms of supply, repairs and refits. And more friendly regional regulations would unify maritime and boating laws across the region and allow foreign yachts of all sizes to be chartered easily throughout SEA, not only within a country, because Asia is a destination as a whole.’

An industry leader in pioneering unusual destinations all around the world, Fraser is keen to do the same for SEA. ‘Fraser has always championed new yachting destinations and we’re keen to see Asia develop and grow in popularity.’ adds Lisa Peck, Global Marketing Manager at Fraser. 'Until recently there has been limited infrastructure to support the needs of superyachts, but this is changing. We are excited to see Asia flourish, creating a greater choice for charter clients to experience the exceptional cruising grounds on offer throughout the region.'

Given that there is so much for the global superyacht industry to play for in unlocking SEA as a region, how can other industry leaders and representatives become more knowledgeable about selling Asia’s undeniable appeal?

‘The industry as a whole perfectly understands the potential here but is probably generally frustrated by the apparent lack of appetite from local governments to make them welcome,’ says Treadwell.

‘But we have to keep going – if we do, it will happen one day. In an ideal world, the biggest players with the most to gain should get together and contribute to a marketing campaign to help us keep the pressure on local politicians and civil servants.  By doing this, we would all be showing good faith that we are prepared to invest and lead from the front by bringing as many boats here as we can, in what are relatively difficult circumstances.

‘We need to SELL the benefits of a developing industry to governments, rather than simply bang on their doors, insisting that we know best. The selling approach is the one we’ve always tried to make and we have at least made some progress in this regard. All we need is a bit of funding and we could make a whole lot more.’