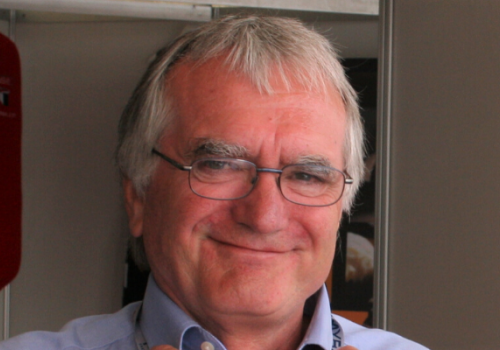 On Thursday 6 May 2020, 'An Hour with Colin Squire' brought together a panel of yachting professionals to discuss crew mental health in support of registered charity ISWAN and its yacht facing portal, www.superyachtcrewhelp.org.

With the main aim of raising awareness and funds to build this vital new resource, Colin Squire was delighted to report last night: “It is with pride and pleasure that I am able to announce that following the live donations during the call and pledges made, the site now has the necessary funding to complete the build of the platform. The ability to donate remains open via the JustGiving page that can be reached via:  www.superyachtcrewhelp.org.”

Here’s a recap of yesterday’s discussion and how ISWAN’s project is set to change the way we view and support the mental health of superyacht crew.

What are the issues surrounding mental health in yachting?

When ISWAN teamed up with MGH Insurance Brokers in 2018 to conduct a survey to investigate welfare issues among superyacht crew, the results were, quite frankly, startling. 82% of superyacht crew had experienced a low crew morale ‘sometimes’, ‘often’ or ‘always’, with 55% of female respondents reporting that access to healthcare was an occasional or regular challenge. What’s more, 57% of women and 39% of men suffered from social isolation or loneliness ‘sometimes’, ‘often’ or ‘always’ while working on board.

During yesterday’s discussion, what became overwhelmingly clear is that while companies in most industries have been offering employee assistance programs for years, these are seldom available to yacht crew. Many vessels are not equipped to deal with mental health issues, whether it’s spotting the signs, knowing how to approach a crew member or where to direct them for help. Added to that, many are afraid to speak up for fear of stigma or losing their jobs.

Speaking on board his yacht in Mexico, Captain Mike McClean discussed his previous experience in dealing with crew and mental health over the years, stressing it’s not just the younger crew but also captains who don’t know where to go for advice.

“Any seafarer is well aware there is a lack of training and support in any critical incidence around mental health, of which I have experienced a few during my short time as captain on different vessels,” he explained. “There has been a death, suicide, substantial substance abuse and dependency. But where do you go for support when you are deemed to be the leader yourself and the rock that people should lean against?

“We create the environment in which our crew live, work and operate, and it’s frustrating when something does happen and you don’t have a very clear or strong avenue to approach to gain some professional support.”

That’s where ISWAN comes in.

A charity working to promote and support the welfare of seafarers all over the world, ISWAN already operates SeafarerHelp - a 24-hour helpline for seafarers – but following their research in 2018, the team believe much more is needed. This prompted the development of superyachtcrewhelp.org, a portal designed to raise awareness of the help available to superyacht crew and to make it easier to access when they need it most.

The portal will incorporate a multi-lingual helpline and a range of tools and information on how to recognise and help crew in difficulty. Ultimately the aim is to facilitate a shift in attitudes and improve the way we manage mental health in our industry.

“One of the most surprising results we found from the survey was the fact that crew don’t know where to go when they need support. That is one of the first things we looked at, and where the idea for yachtcrewhelp.org came from,” says Caitlyn. “We want to look at how we can make long-term changes to seafarers welfare through projects, programs and research, and we need the sources and the material on the site to speak to yachties specifically rather than the wider seafarer industry.”

“Access to support and awareness of mental health as an issue are the most important things. We will keep adding to our resources as time goes by and eventually, we hope there will be more face-to-face support available too in marinas and places where superyacht crew are.”

Spotting the signs when a fellow crew member isn't coping

One of the main issues discussed during the webinar was the lack of training in how to spot the signs in crew members suffering from mental health issues. It might be that someone is not behaving as they normally do, perhaps they are withdrawn, unusually aggressive, or in the grips of substance abuse which is known to be rife in yachting.

One person tackling this issue head on is Karen Passman of Impact Crew who has teamed up with Red Square Medical to deliver ‘Stress Happens!', an interactive one-day workshop which focuses on the effects of good and bad stress. With an emphasis on prevention rather than cure, the workshop aims to develop a deeper understanding of how crew can support themselves as well as those around them, and where to turn to for help.

Removing the stigma around mental health

The first step in tackling mental health is to normalise the dialogue and get rid of the stigma associated with mental health problems. Crew also fear being blackballed in the industry which prevents them from speaking out.

The solution, explains Brendan, is to make mental health discussion the norm from the get-go. “If you join a yacht and you don’t hear it talked about, it should make you nervous,” he says. “A young crew member would not stay on board a yacht if they felt unsafe due to no fire drills or a lack of induction. Let’s make it the same with crew wellness by empowering the captains with content and education. It’s a long game but that’s where we’re headed.”

One company tackling the issue head on is MedAire, who has recently extended its capabilities in the form of an Emotional Support Services scheme. Designed specifically for the unique need of those who live and work on yachts, it assists captains and their crew to deal with psychological and emotional issues where short-term counselling is appropriate.

“As a company, we found a lot of people didn’t reach out when they were suffering from mental illness or they reached out too late when they had already hit the crisis stage,” explains Tony Nicholson. “We started to look at what was available in other industries and found these schemes have actually existed since the 1930s and are very well established. There was just nothing for the superyacht industry. Our programme developed from there and now includes onboard training, identifying onboard champions to keep an eye on crew, and peer-to-peer support. These are all parts of the strategy that can help us prevent reaching a crisis point. We launched around 18 months ago and now have about 1,000 crew under the scheme.”

It also came to light that a number of crew are unsure whether mental health is included in their insurance policies – something Mark Bononi says MHG are keen to address. “We work with various insurers to explain the importance of having a mental health clause and also to create different levels of cover,” he says. “For the most part, policies do have coverage at varying levels, and I think this will continue to grow as awareness spreads among the insurers.

“Insurers generally find out about situations arising from mental health from a captain or manager rather than the affected crew members, and we try to get involved as quickly as possible by finding the most private way to reach out and see how we can be of assistance. It’s so important to get on it as quickly as we can. And there are a number of cases where the only option is simply to go home – a superyacht is not an environment for everyone.”

Another point raised was the importance of making mental health part of the recruitment process. Long periods away from family, minimal privacy and sharing a cabin with other crew members is not for everyone, and captains therefore believe it is important to identify these people during the interview process to prevent any critical incidences further down the line.

Psychometric tests to identify certain personality traits were a hot topic of conversation, with Captain Rafael saying, “We are running a business, and we have come a long way in terms of regulations and methodology. However, we are far behind other corporations and industries.

“One of the main things I have never been in a position to do as captain is psychometric tests for crew. I think this is something that would be relatively easy to instigate, low cost and high yield.” Captain Paul Vallance agreed saying, “As a captain you have to hope you have picked the right person and use every tool at your disposal to ensure this."

Currently psychometric tests are being used in the industry but are far from the norm. The consensus was that working on board is not for everyone and perhaps psychometric testing has an important role to play in identifying those better suited for a career at sea.

Research carried out by mental health charity Mind confirms that “a culture of fear and silence around mental health is costly for employers,” and employers should be doing more to create mentally healthy workplaces if they want to retain staff, reduce absence and increase productivity.”

It has been proved time and again that a happy, healthy workplace is crucial to the success of a business or a yacht, resulting in higher crew retention and a positive impact on the bottom line.

In an industry where nine months on one boat equates to longevity, investment in mental health services may not yet be top of the agenda for all captains and owners, but it’s a commitment that makes moral and financial sense for everyone.

According to the World Health Organisation, one in four people in the world will be affected by mental or neurological disorders at some point in their lives – a statistic which is surely only going to rise in the coming years.

ISWAN’s initiative is a huge step towards greater understanding and access to the support that superyacht crew deserve, and one we hope the industry will rally round to support.

If you'd like to make a donation please visit the JustGiving page via:  www.superyachtcrewhelp.org.