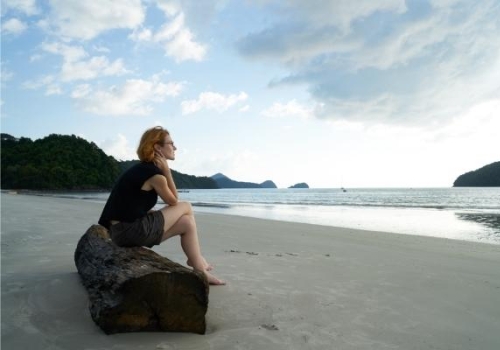 You could say that the world that we live in is more connected than ever. We may be thousands of miles away from our friends and family yet we can communicate with them instantly via social media. Anyone can hop on a plane from France and reach in the UK in a few short hours. Why then is loneliness affecting more and more of us as the years go by, so much so that it is the theme of this month’s Mental Health Awareness Week?

According to Quay Crew, more than half of superyacht crew say their mental health has deteriorated since working in the sector, with one in five currently suffering from poor mental health whilst on board, and a third having experienced this in the past. Surely, though, with the issues now so strongly thrust into the limelight, things must be finally turning around? Mental Health First Instructor and co-founder of Seas the Mind Emma Kate Ross believes so, even if there is still a long way to go.

“I think we have seen a significant change in attitudes over the last year when it comes to talking about mental health and some of the stigmas around the issue,” she says. “Post Covid, more conversations seem to be happening in crew messes and people are more open and authentic in talking about what they feel and how it affects them, without a feeling of censorship and judgment, which is great!

“I have seen green deckhands and seasoned chefs talking all things mental health together, or captains and chief officers checking in with crew more often and being proactive about their duty of care.”

Whilst this progress is commendable, there are worries it could be a double-edged sword. “More people are talking about mental health, which is good because those issues have always been there, bubbling under the surface waiting for a time or headspace, which is when we are usually drunk, tired, over worked or missing home (quite often all four!), to burst out and potentially get messy,” adds Emma. “But it also is leading to some wariness of senior crew as they feel ill equipped to manage a situation, or fearful to say the wrong thing, or concerned with too much airtime around mental health chat that the crew will become less resilient.” Historically, however, we have found to be the opposite. The most recent Impact Crew Survey, for example, found that the biggest driver of crew turnover is the quality of the onboard leadership, with 36 per cent of crew citing poor leadership as a reason for leaving a yacht.

When asked if she believes there is also more help out there these days for crew who are struggling, Emma is optimistic. “Absolutely,” she enthuses. “Training, courses, helplines, resources, toolkits, are all becoming more normal and more accessible to crew whilst on board and ashore.

“The help has always been there, it was more a push to get the two industries connected and letting crew know what was available out there for them to access. Also the rise in industry specific training and talking therapies online has meant the bridge between yachting and mental health resources is shorter, more direct and better signposted than ever before, we just need to keep this momentum going!”

Emma adds that she is also seeing more captains and engineers attend these training sessions that ever before, as they hope to learn more about mental health and how to spot signs and symptoms among their crew. 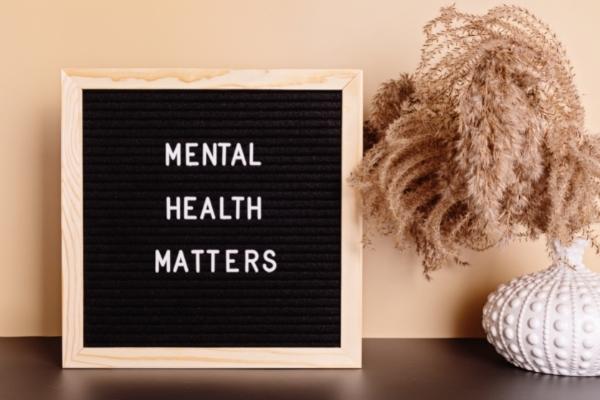 Held between May 9 – 15, this year’s Mental Health Awareness Week cites loneliness as its official theme, and across the week, Emma and Seas The Mind are encouraging crew to build meaningful connections with friends, family, the yachting community and other crew members, and asking them to tag @seasthemind with everything they are doing to build and drive connection both on board and ashore.

- Be realistic, not hard on yourself. Loneliness can create a blend of frustration, despair and puzzlement. It’s tempting to jump to our darkest conclusion and blame ourselves and believe something is wrong with us, but remind yourself the real answer is far more logical and far less punitive than we occasionally jump to. It may just be this is not your tribe/crew, and while you can work together successfully you may need to look outside the boat for connection and stimulation, or find another boat that feels more like your people.

- Try to seek out real connections in people. When that’s not possible as crew, as we live away from friends and family, a video chat rather than a voice call or any form of social media is best. Human evolution has not kept up with technology, and our brains and bodies desire real life connection and physical presence to reduce loneliness. Clicks and hearts may feel nice but the feeling is short-lived, and evaporates quickly.

- Seek to find your tribe on board. Be brave and have real conversations that show your vulnerable side, and express what actually interests you rather than what you think people want to hear. The more you share, the more people will be drawn to your openness and authenticity. The people who don’t respond are not your tribe and it’s better to know that than expend mental energy on people who you don’t vibe with.

- Look for yachting specific group chats. It could be for local social sports clubs like touch rugby, T20 cricket, CrossFit training or running clubs and races, musical events, comedy open mics nights and live gigs! There is so much to explore so whatever excites your brain and makes you happy, seek that out and naturally you will find like-minded people who become your gang, whether it’s the crew that joins you or new friends and connections you meet out!

- Try Giving. Holding out a helping hand makes other people happy and will make you feel happier too. Share your skills, offer support to a local or global charity and feel connection and committed. Ask friends or crew if they would like to support too. You could go to the dogs’ home together, fundraise on board for Ukraine or row the Atlantic for a cause you believe in. If that seems too much then start small - ask a crew member how they are and listen without judgement. In my experience great conversations and connections begin to unfurl from even this small and simple step.

Where to turn to for help

Still struggling? These crew resources make mental health a central focus and have easy access should you ever need to talk:

ISWAN has set up a Yacht Crew Help multilingual helpline which is available 24/7 for all yacht crew and their families, and an invaluable resource.

Maritime UK (an umbrella organisation set up four years ago to speak for the whole UK maritime industry) has created a pledge that aims to foster a positive attitude to mental health issues at sea and remove the stigma often associated with these problems.

BWA, the worldwide yachting agency, has provided free mental health seminars and workshops to crew, and are promising to take more active steps to promote mental health awareness in the industry and those that support it.

BLUEWATER has put some of it staff through MHFA training and was the first training provider to offer MHFA training to yacht crew and has consistently pushed for mandated change. Mental health may well be included in the HELM syllabus during the current review being undertaken by the Merchant Navy Training Board. It is also actively being discussed at the IMO.

MHFA Australia has created a training program and MHFA England and Seas The Mind has helped converted it to yachting to give industry specific training and care.