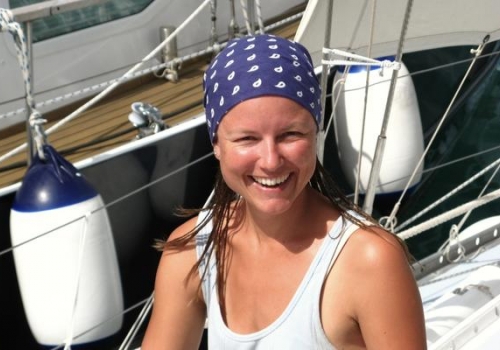 There is no doubt that travel was my drug, at times a distraction, and my personal money pit. When others pursued higher education, took up lucrative careers and later began rearing offspring, I was either boarding or disembarking a plane, weaving my way through a busy marketplace in Central America, scuba diving in Southeast Asia or trekking among dense forest in some far-flung corner of our planet.

All of this was my choice, of course. My parents, neither of them infused with the globetrotter gene, were puzzled by my insatiable enthusiasm to explore the world. There was always another country to be discovered or another adventure to embark on, until I permanently swapped my home in the Swiss mountains for the reef and rainforest in Australia.

I was in a long-term relationship when the sea began washing up against my consciousness. My partner, a goodhearted and kind man, suffered from seasickness and turned a determined deaf ear to my equally persistent pleadings to get a sailing yacht and cruise around the globe. Unable to shake the boating urge, I eventually enrolled myself in a sailing school and took an introductory keelboat course. Those few days on the ocean intensified my longing and when said relationship was bound for no-man’s-land, I crewed on a yacht in the Caribbean with the plan to sail it back to Australia.

Once in Antigua, I dove headfirst into my boating adventure but quickly learned that this had the makings of an unpredictable chapter. After a few weeks of hard labour on the old 46 foot cruiser/racer in preparation for our passage, the trip suddenly fell apart and my life was cast adrift. Bedazzled by a local man in Antigua, the relationship with my man in Australia heaved its last breath. But unable to remain on the island without violating immigration rules, I needed an exit. 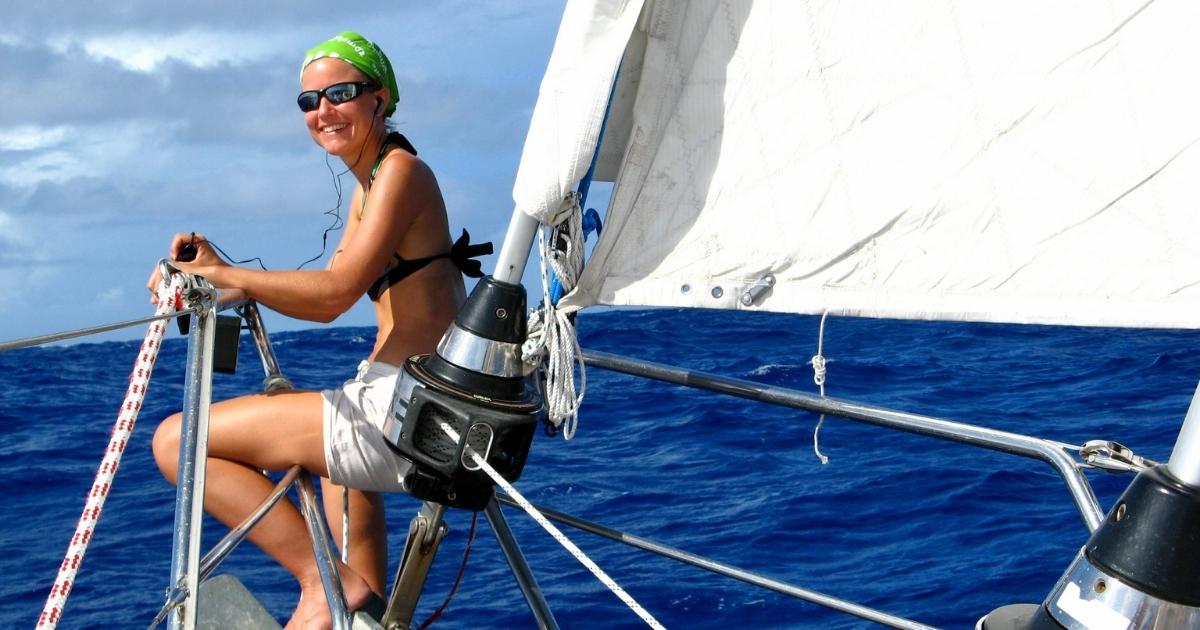 A little notice taped to a power pole outside the local marina stated in bold letters ‘Looking for crew’ and I jumped at it. Instead of heading across the Pacific, this boat carried the skipper and us crew across a stormy Atlantic to Europe. I didn’t last long among the confining mountains of my homeland and without any notable plans, no home, nor life to return to, I did what anyone with a pending romance would do: one heads straight back. Or, in my case, I jumped on yet another yacht, this time crossing the Atlantic westbound in a bid to attend to those unresolved matters.

It didn’t take me long to land a job in Antigua, but once I exposed my boss’s devious nature my employment was headed for a dead end. With only two days left on my tourist visa I felt anxiety choking my throat. I needed work and fast! Turning my back on shore-based occupations, I shifted my focus toward the stunning superyachts, neatly docked side by side in English Harbour and Nelsons Dockyard. The vessels gleamed proudly in the Caribbean sun and exuded an air of luxury and opulence. Stylish crews decked out in pristine khaki and navy uniforms were polishing decks, bantering with each other, and looking professional and glamorous. That’s what I wanted! 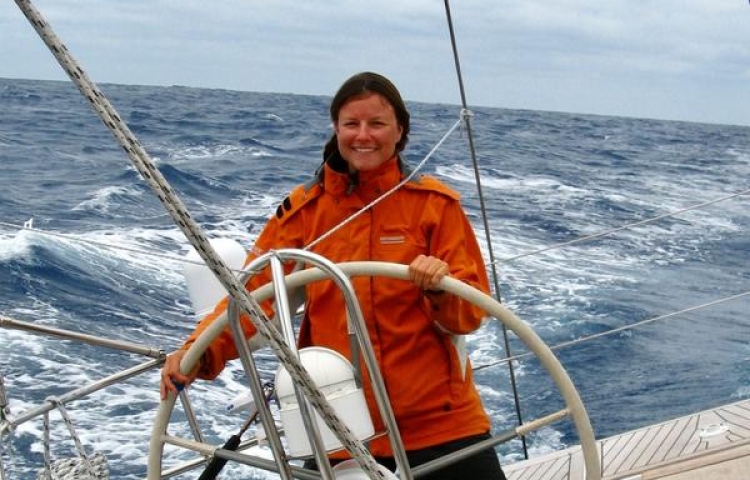 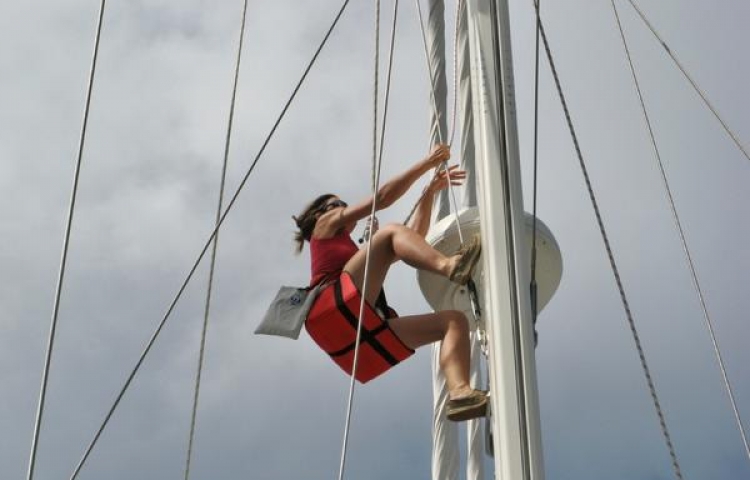 But other than my introductory keelboat course and my two transatlantic crossings I had no experience in the yachting industry. Sure, I waitressed a decade ago and, for all of two weeks, worked as a housekeeper in a resort. I was a decent enough home cook but did not fancy dishing up haute cuisine. In my mid 30s, I was older than most of the crew around and felt insecure and under-skilled. But my purse and the drive to survive convinced me otherwise: I would make this work!

With this mantra in mind, I set out. Printed resumes in hand I strolled up and down the docks, handing out my CV’s and chatting to crew. I approached a crewing agent and pitched my desire to launch myself into a professional yachting career. My hopes to score a job as a deckhand were swiftly doused with a dose of reality. Those positions required tickets and besides, there was a vacancy for a stewardess on a 100 footer. I took the job that afternoon and moved aboard the day after, thankfully released from my immigration challenges. I scrubbed, polished and prepared meals for the crew. I put some dollars in my savings account and was inducted into the lavish superyacht lifestyle and a raunchy world of sailing regattas. 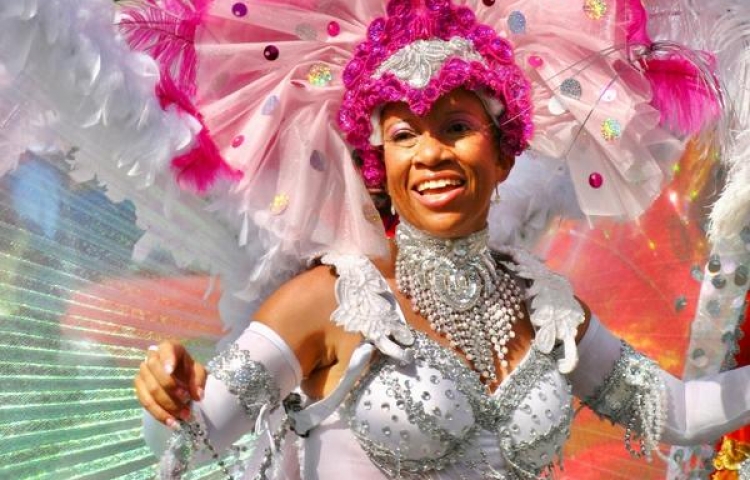 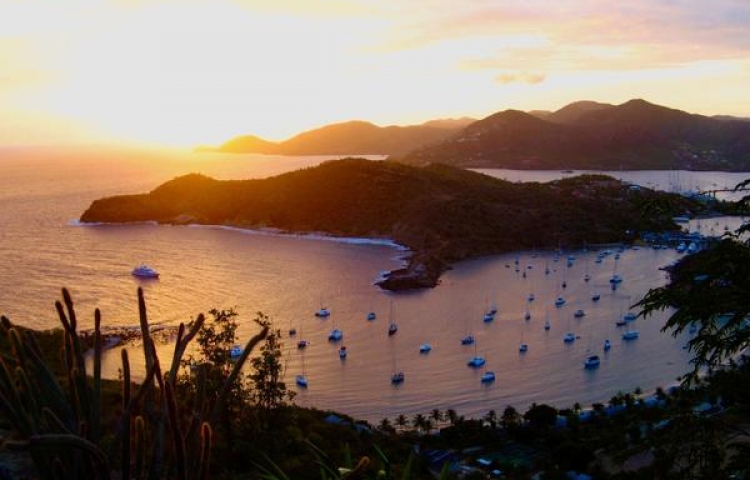 As the Caribbean season drew to a close, I felt more secure within the industry and decided to join a classic yacht for its passage to Newport. She was an elegant and timeless vessel, and the captain a calm and seasoned sailor. Aboard, I immediately felt at home and was sad to leave boat and crew once we docked in Rhode Island. It took a stroke of luck and keen negotiation to secure my dream of a deckhand position, while still without any certifications under my belt. I worked a glorious season based out of Newport and with the sleek 70 footer we sailed in and out of Nantucket, Martha’s Vineyard and up to Maine.

Once my Newport gig came to an end, I didn’t stick around the yachting industry for much longer. After 18 months of unexpected travels, upended plans and life changes I was exhausted and yearned for stability. It was time to catch my breath and the constantly migrating yachts, everchanging friendships and exuberant parties weren’t going to give me the peace I needed. 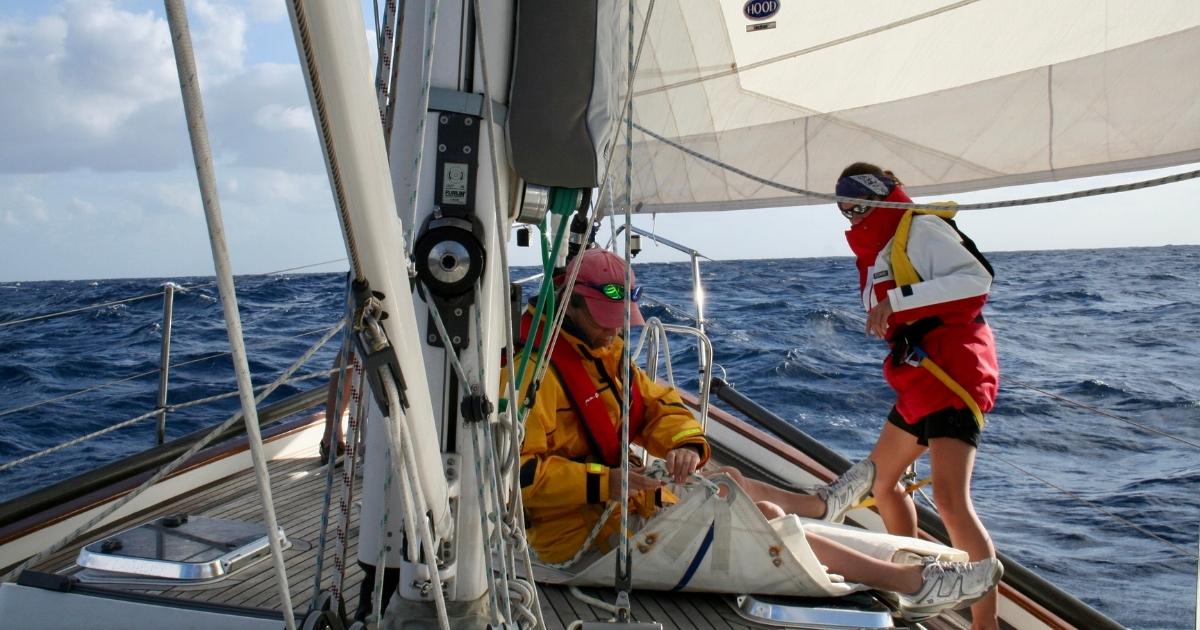 Within the superyacht industry, I learned along the way, nothing is as valued as a go-getter attitude and a positive personality in fresh crew. If you are willing to roll up your sleeves for a shot at your time on a luxury vessel and you persist, you shall get your chance. This was precisely my case: I worked hard, was motivated to learn, eager to help out and smiled a lot. Within a year I went from absolute sailing novice to working and finding my feet within a new industry. I was proud of my achievement and immensely grateful to all the skippers that have taken a chance and welcomed me aboard their yachts. These were thrilling and eye-opening opportunities and the insights, the fun and frivolous moments, I gained during my time in this industry still linger on. One thing I know for sure: I wouldn’t trade my memories at any cost.

Regina Petra Meyer is the author of memoir Change of Course: Sailing into Love & Adversity on Caribbean Shores. Born and raised in Switzerland, while working as a travel agent, Regina’s curiosity was piqued by coordinating trips around the world. Eventually she packed her own bags and adopted a globetrotting lifestyle. Regina has sailed across all continents, living and working in Antigua in the Caribbean, the USA, New Zealand. She currently calls tropical Cairns, Australia, her home.