In the Galley with Superyacht Chef Caroline Morgan 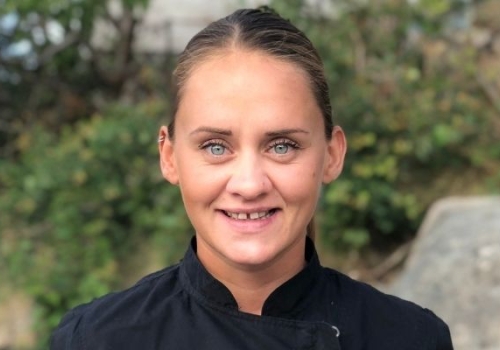 It's fair to say that when it comes to the culinary world, like so many others, it's notoriously been a man's one for many years, with many male chefs heading up the kitchen. Thankfully the tables are beginning to turn, and making waves as a young, talented chef in the superyacht industry, Caroline Morgan is certainly one to watch. Having travelled extensively across Europe, she is an expert in Swedish, Italian and Spanish cuisine, and has spent her flourishing career working in the galleys of numerous sailing yachts alongside her captain husband.

Now as she prepares to go solo on a private yacht, working on rotation for the first time in almost 12 years, Caroline discusses how she turned her love of cooking into a successful career and the importance of developing your own style.

What inspired you to become a chef and where did you train?

My grandmother inspired me initially, as she was a very talented chef working across Europe and also on cruise ships. Food has always been the centre of our family lives. I went on to study in Gothenburg in Sweden, and landed my first work experience role at Hotel Gothia Towers. I then travelled through Europe for a few months, working as a chef in various restaurants across Italy and Spain.

Who are your chef heroes and who has been your greatest influence?

That’s easy - my grandmother. There's something about those memories of her, being together with my grandma from very early on cooking everything together from scratch, using ingredients from her garden.

And then there is Leif Mannerström, a Swedish chef. He makes traditional Swedish home cooking and he’s just the best. This is very underestimated Scandinavian cuisine and not often internationally recognised.

How would you describe your own style of cooking?

Definitively Scandinavian with lots of focus on fresh seafood and fish. I also focus on local, high quality ingredients that are in season. I do have a strong love of Italian cuisine too, though. 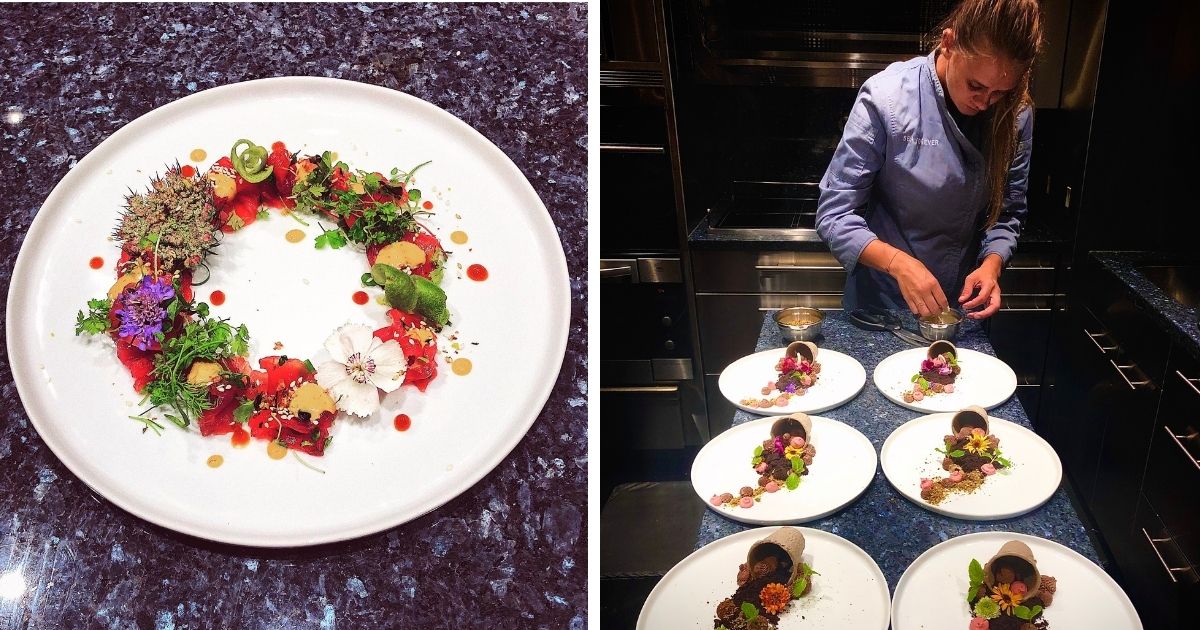 How did you discover yachting and what was the appeal?

I discovered yachting through a friend who was working as an engineer, and travelling while being able to cook was just a dream come true. My first job was in French Polynesia, and it doesn't get much better than that. It's also where I made a great group of friends and where I met my husband!

You work predominantly on sailing yachts - was that down to opportunity or was it your choice?

A bit of both, really. My husband and I have been running yachts together for years, and have always applied to sailing yachts.

Why do you think we have so few female chefs in yachting?

While being female has never limited my opportunities working as a chef, this is something you hear a lot , and especially female sailing chefs. I can only speak from a sailing perspective and I would say it comes down to comfort. Cooking and sailing while underway, for example, can be tough. It’s often smaller galleys with smaller storage, and cabin quarters can be tight in comparison to motor yachts. Women may simply not feel as comfortable.

From a longer term perspective, many senior crew, not only chefs, tend to migrate to motor boats for the ‘quality of life' factor, but this does mean that sailing chefs become more desirable. 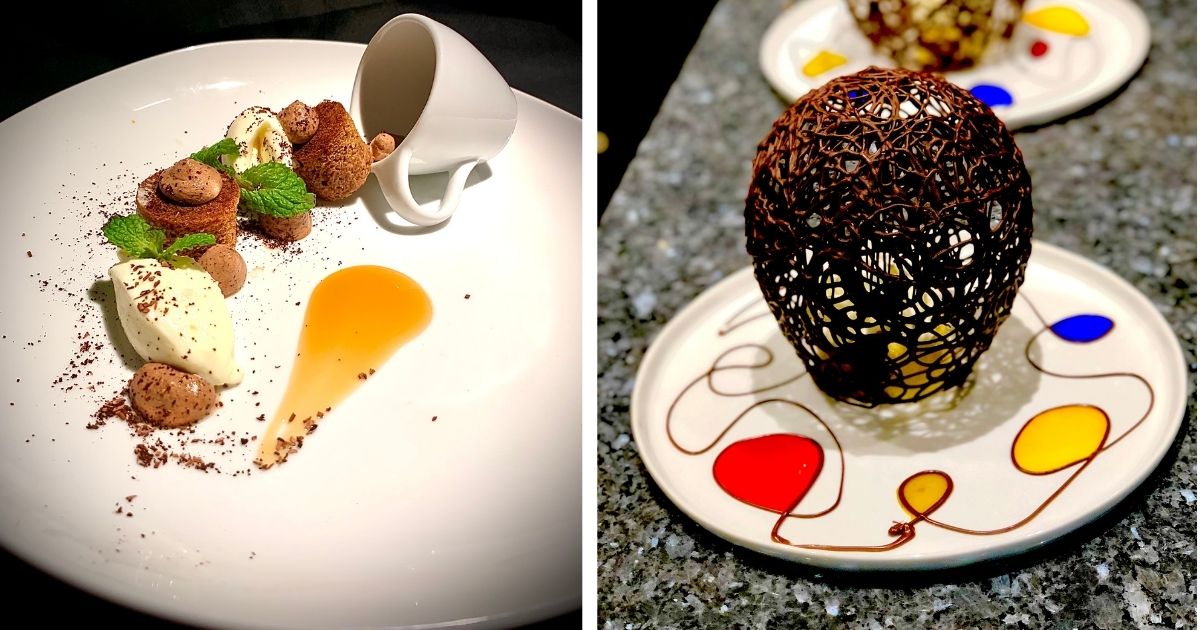 What would help to change this?

There are very few courses aimed at introducing young crew to cooking in the industry, so perhaps there's an opportunity to offer yacht specific cooking courses tailored to people early in their yachting career. Educating cook stews to produce high quality food and service on smaller boats could fill a void.

What advice would you give to younger crew/chefs starting out today?

Find your own style, be confident in your abilities, but also be humble as no one likes a chest beater. Take on the traditions of the places you are visiting, do your research on where you’re going, and use local ingredients.

Your husband is also a captain and you’ve worked together on several yachts - how easy is it to sustain a long-term relationship on board?

We’ve run five different boats together – it’s very hard work and you have to work on it every single day. It’s hard to maintain the balance between your working relationship (him being the captain and calling the shots!) and your personal relationship. You just have to make sure to respect one another, and also respect each other’s space. That goes for crew members as well. 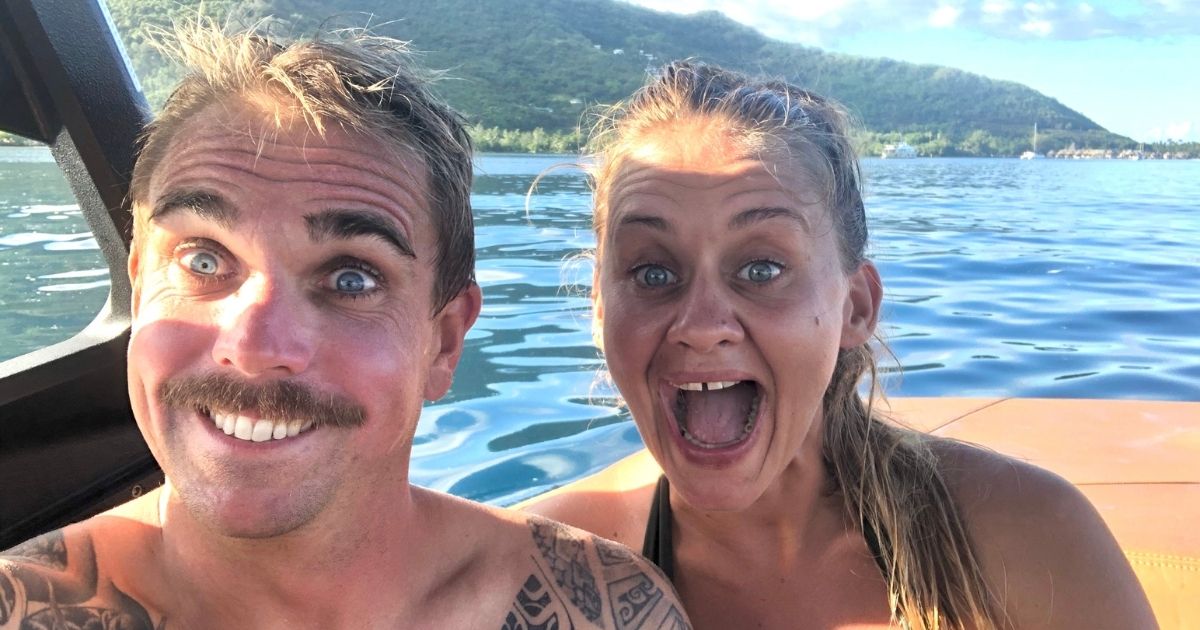 Caroline and her husband

Rotational jobs are highly desirable, particularly as crew reach a certain age and want to start a family - is this an option in the galley too?

As for raising a family while on rotation, I think it would be hard the first few years when the children are very young, especially for a woman. Even if it’s 2:2 rotation - but that’s just my opinion.

You’re about to go solo on a private yacht – what’s the process in matching the right chef to the right owner/boat?

Knowing someone on the boat – 90 per cent of the jobs I have taken have been through word of mouth. In this industry, networking is key. Every boat is different though, and every owner’s palate is different. I’ve been fortunate enough to have worked for amazing owners, most of them have been real foodies. 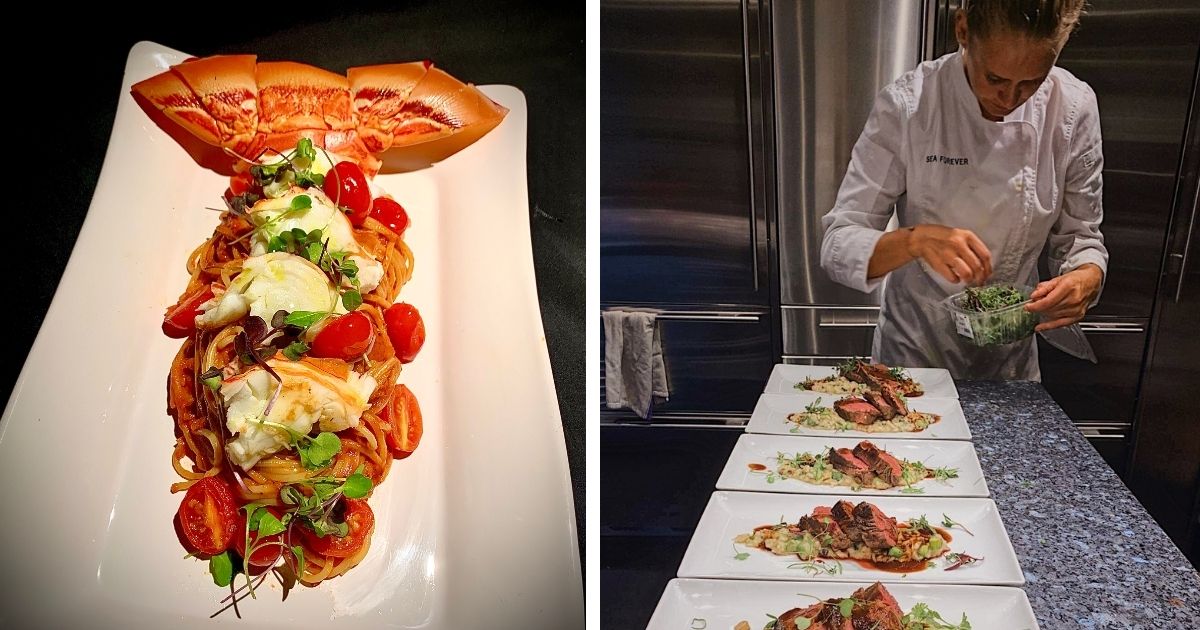 How much freedom will you have in shaping the culinary style and menus?

I have always had 100 per cent freedom, however there have been requests and special requirements from time to time, of course.

Toast Skagen. It’s a very simple yet elegant shrimp combo (it can be any seafood though, such as lobster and king crab,) served with buttered toast and Vendace roe from the north of Sweden. It comes accompanied by fresh dill and red onions and is a great canapé or starter. I also make a mean lobster bisque with gravadlax and horseradish Dijonaise.

What’s the most unusual ingredient you’ve ever used?

Surströmming. It’s fermented Baltic herring and it STINKS, but it’s considered a delicacy at home. I can’t stand it. Just enough salt is used to prevent the raw herring from rotting while allowing it to ferment. A fermentation process of at least six months. YUCK.

What’s trending right now and what’s next on the horizon?

I would say plant based, and how you can create really tasty dishes that are nutritious but also sustainable. It’s fantastic! 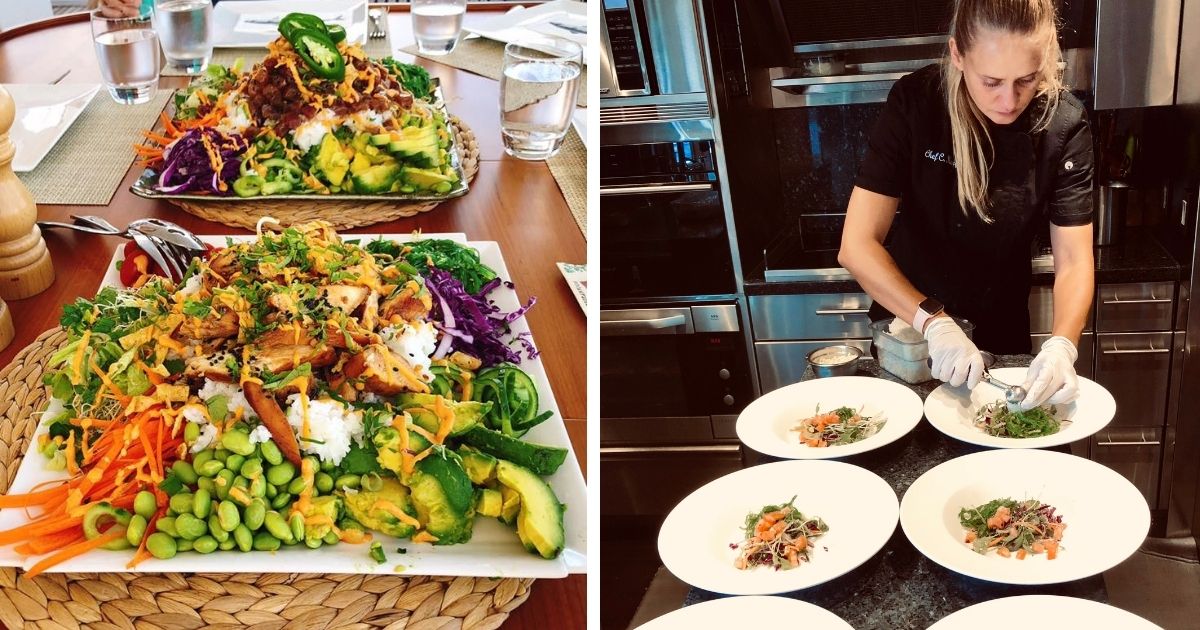 Which restaurant is your personal favourite and why?

So many…but I’m often drawn to authenticity rather than something fancy. I will never forget this little beach shack in Sicily we stumbled across years ago, and it was literally serving homemade spaghetti with a homemade Napolitana sauce. Everything was made from scratch, and we ate on the beach on plastic tables and chairs. The chef and the owner were so passionate about it, explaining how they grow everything from the tomatoes to the basil, to how he slowly sautés onions for hours to really caramelise the dish without using sugar. I’m a sucker for simplicity!

Where in the world are your favourite cruising grounds and what have been some of the highlights during your career so far?

I love French Polynesia. I’ve cruised it twice but there’s still something still so magical and untouched about it that is just amazing. It’s French, of course, but also has a huge Hawaiian and Chinese culture which brings an excellent fusion of food, and the people are so amazing.

How do you see your future - what do you aspire to do beyond yachting?

I'm going on rotation to start off with, after nearly 12 years full time, as it’s definitely time to reconnect with family at home. I’m still so young though, so who knows? I do know that I’ll never give up cooking - I will always work with food in one way or another.

With thanks to Crew & Concierge