Captain Jonathan Copsey on Rising up the Superyacht Ranks 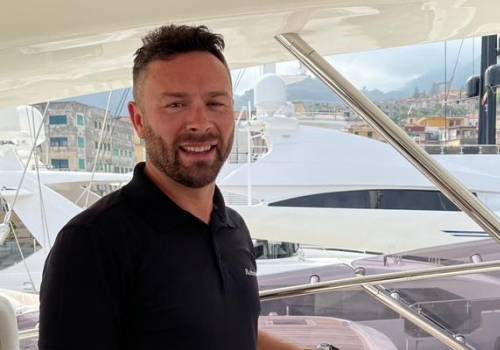 While some might think 26 old to start a superyacht career, in reality Captain Jonathan Copsey has enjoyed a love of the ocean since he was a young boy. Having been out on the water sailing since the age of eight, the British-born captain enjoyed a brief spell in the Royal Navy before being landing his first onboard job with a liveaboard vessel in the BVIs.

Having worked his way up from chief officer, Copsey landed his first role as captain of the 34m Robusto in May 2022, where he leads a loyal crew of seven.

Here he talks us through his passion for sailing, his transition to captain, and what characteristics he thinks are required to make it all the way to the top.

Can you tell us about your background and how you got into the industry?

I grew up in the seaside town of Bridlington on the East Coast of Yorkshire in the UK. I’ve had a sailing background from about the age of eight, and I’d sail locally at my local yacht club and compete in many different classes of boat as I got older, from dinghies to keelboats to catamarans.

I was educated at Trinity House School in Hull where things were well disciplined, and you were targeted towards a career at sea. Even wearing a merchant navy uniform when in attendance and having to recite the phonetic alphabet on the odd occasion I was in trouble!

I had a brief spell in the Royal Navy and tried many different careers, including sailing instruction, before a friend of mine that I introduced to sailing put me in touch with a large liveaboard dive vessel in the BVIs. That’s where my real career at sea began, quite late, at the age of 26.

Have you always had a passion for the sea?

I have indeed. I couldn’t really get away from it being brought up where I was and my parents were always supportive of my sailing, although my mother would worry slightly. She would get seasick watching Titanic! 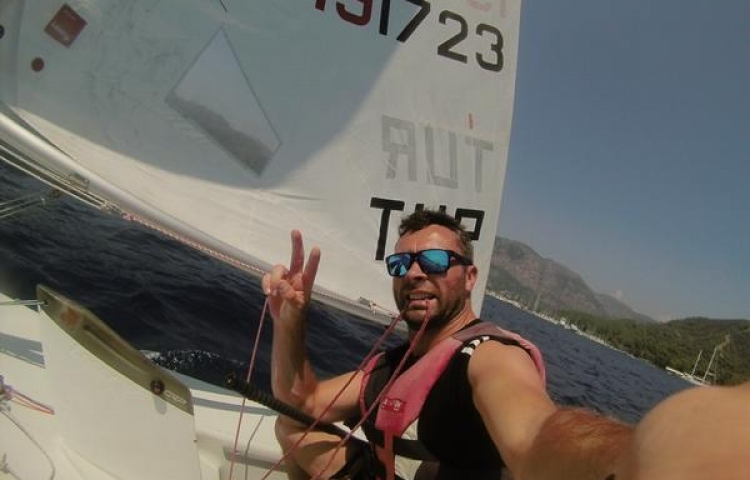 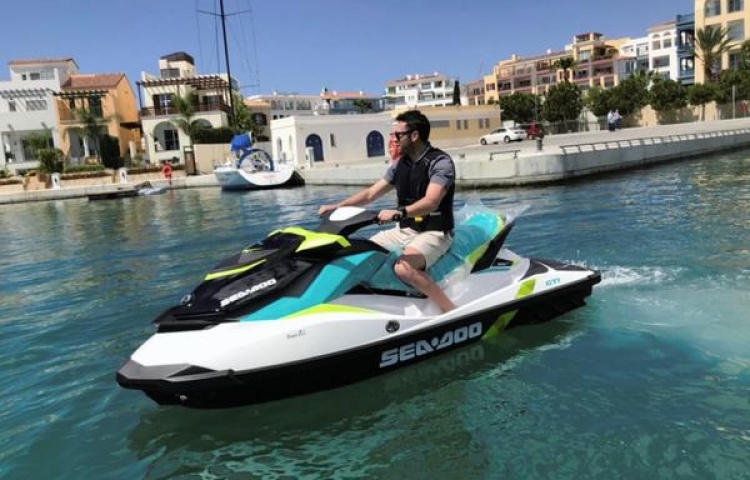 What are some of the yachts you have worked on?

I’ve worked on a mixture of yachts of varying sizes. Some of my favorites have been Big Eagle 52m, Red Anchor 37m, Natori 42m, Esmeralda 62m and Lucky Lady 63m. I’m currently the captain of the 34m Robusto. I’ve seemed to stay away from sailing yachts - I think it’s because I don’t like the idea of it maybe ruining my favourite past time.

You are currently in your first role as captain on a large yacht – how are you finding the transition from chief officer?

It’s been a lot different to how I had it in my mind, I think. It’s easy to think, “Oh I’m a captain now, I’ve done all my training and courses, and I’m experienced. I’ve made it now, bring me tea and stroke my ego!”

It’s extremely involving and challenging, but I love it and feel like I’m learning and growing into it daily that bit more. I’m so happy to finally get my first drive, it’s not been easy at all. Every day I’m learning, and I genuinely think you never stop learning in yachting, and you have to be open to this.

What do you think makes a good captain?

You must be a good leader, be open and approachable. Try and give advice, but not forget to take it too. Be humble and try to set an example.

Remembering to have the owner’s, guests’ and of course the crew’s best interests at heart is very important too. 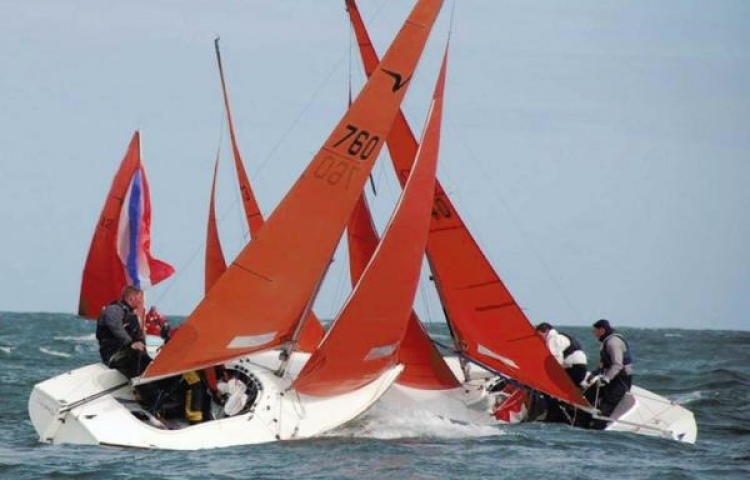 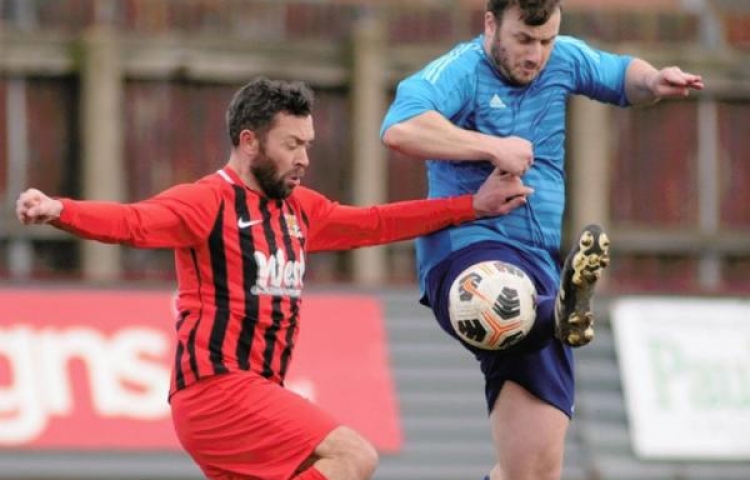 How would you describe your leadership style?

This is a cv buster of a question! Haha! I would say I like to lead by example and always try and give people a chance. I will always pass on any knowledge I have, and I try my best to always remain patient, calm and consultative too. I don’t like leaving people in the dark and like to be as transparent as possible as often as I can be.

What do you love most about the job?

I love the drive time and I also like to meet interesting people from various cultures and backgrounds. We are fortunate enough to visit lots of amazing places and I just love being on the sea. I get a real kick from the challenges we often face in yachting though, and it’s even better when we get stuff right, and solve the problems.

And what’s your least favourite thing?

When things go wrong, people, excuses. Bad weather, of course! Red rain and being away from loved ones. It’s always a shame missing the summer back home too, especially the sailing season and the only time it gets over 15 degrees. It’s all worth it though. I honestly think there is an increasing shortage of high-quality junior crew now also. Trying to explain to people what it is I do and how the industry works can often be a pain, too. 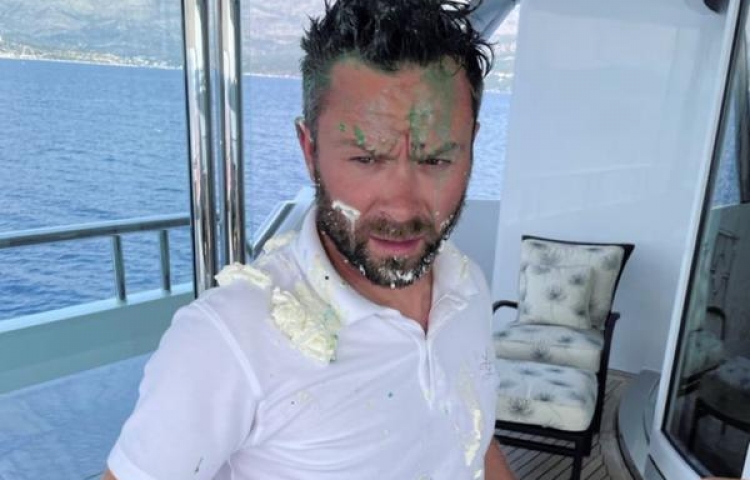 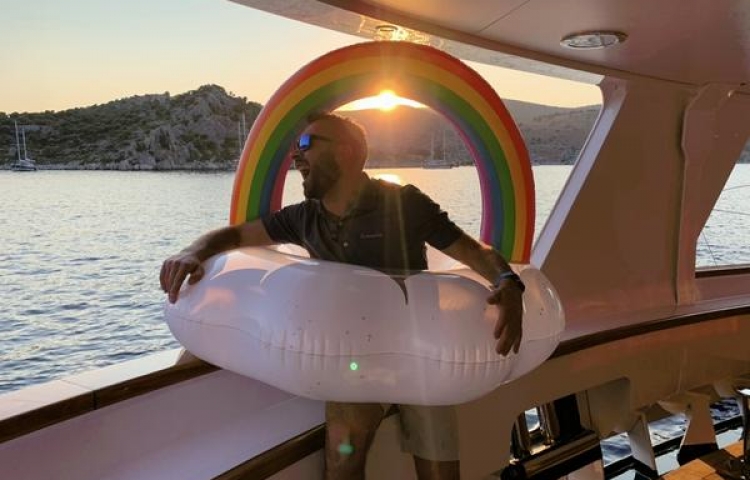 What’s the most important lesson you’ve learnt in your career so far?

Humility, remaining grounded and having the ability to listen. I also always think it’s good to try and take something away from even the worst situations and experiences.

What trends are you seeing with charter guests? Where do they want to go and what sort of experiences are they looking for?

The Amalfi Coast seems to be becoming increasingly popular and I think since Covid, more families seem to be chartering. There don’t seem to be as many crazy party charters as I remember. There also seems to be more first-time charterers too and I think things are becoming less formal in the Med.

What are your favourite cruising grounds and why?

Croatia, Montenegro, and the British Virgin Islands will always have a special place in my heart. 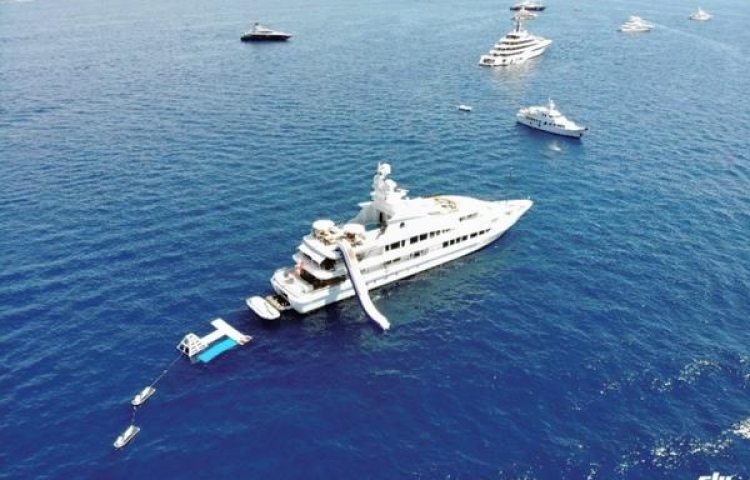 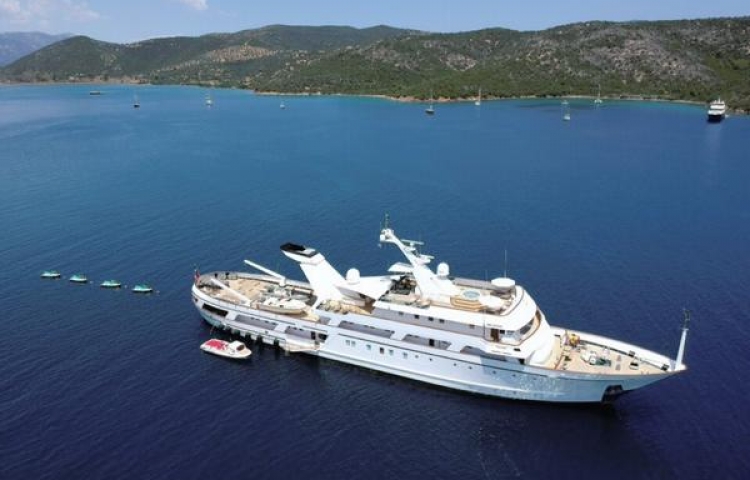 Tell us a lesser-known fact about yourself that would surprise your colleagues.

I volunteered at the 2012 Olympics, at the sailing events in Weymouth, and also when I was younger, I used to try my hand at a bit of DJing!

Where do you see yourself in five years?

I’d like to be the captain of something around the 50m mark with a good reputation and excellent charter pedigree. Hopefully a wife and kids too.

Greyer, with a good career behind me, but still with the drive to carry on and better myself. Picking up more experience and passing it on, and I’d also like to do a new build as a captain, too. Maybe with a little more work/life balance. I think that is every yachtie’s dream these days – a good work/life balance.

What advice would you give someone moving into their first captain role?

Keep an open mind, don’t get ahead of yourself and never be afraid to ask for or listen to advice and help. Rome wasn’t built in a day. And be prepared for anything, never panic, or doubt yourself though. We work in such a challenging industry, try your best to thrive on it.