Astroboy and the Mystery of the Odd Sock 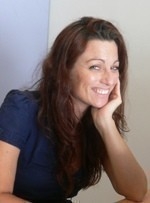 I was in the crew mess, doing something momentously silly like polishing a toaster for the second time that day, when I noticed the engineer, ‘Astroboy’ leave his dirty mug in the sink and start to walk out of the room.

‘Are you just going to leave that there?’ I asked him.  There was a tone.

'The detergent dispenser is empty.’

‘But I don't know where the detergent is kept.’

‘How long have you worked on here?’

‘And you don't know where the detergent lives?  Here's an idea, Astroboy.  It's under the sink.’

‘I didn't know that.’  He gave me a pathetic, gormless look by way of apology.

Well that’s just nonsense.  Everybody in the whole world, even toddlers, your pet gerbil and the former President of the United States (on a good day) knows where dishwashing detergent is kept. You trained in astrophysics  and are the engineer on a 30 million euro boat. I reckon you might, if you put your mind to it, figure out where to find detergent. Of course I said none of this.

‘Well now you do’, I said petulantly as he left the room, and went back to making angry faces in the gleaming stainless reflection of the toaster.

‘Well it's your job to stock the crew mess, I shouldn't have to do your job for you’, I heard floating back down the stairs.  A door slammed as he went outside.  Damn.  He got the last word there. The next day, Astroboy made another appearance, this time standing at the door of the laundry.

‘You've lost one of my socks again.  It's black. I need it back. ’ Well I need a lock on my laundry door. We all need things.

'Was it in your mesh bag?  Was the bag zipped up? Are you sure you put both socks in the bag?   (I do realise I'm talking to him like a five-year old, I simply can't help it.)

‘I'm also missing a shirt.  I wish you girls would stop losing my stuff.’

‘I can stop doing your washing if you like.  That'll solve the problem fairly quickly.’   I say this with a smile to soften the rudeness, a smile that both of us know is light years from genuine.

‘No, I just want you to be more careful.’

I growled when he was safely out of earshot, hitting the steam button on the iron repeatedly for special effect .

What? Is it upsetting for you when the interior wash and iron, fold and return your clothes – and accidentally, occasionally, return your shirt to another cabin?  Oh dear heavens!  Shut up and shut up some more. And then take a little walk around the cul de sac of shut the f@*k up and take a quick dip in shut that gaping hole lake.

We stews are, in short, quite an angry bunch when it comes to whingeing crew whingeing about their laundry in a whingey way.  We try to memorise what you wear each day (no, we weren’t staring at you over dinner because we think you’re hot, we’re just thinking 'Vile shiny purple shirt belongs to Ross, no wonder he never picks up. Wonder if it runs. Mmm, this chicken is tasty'.) There are lots of you, and you keep buying new clothes- it's hard to keep up.  So yes, sometimes we get it wrong. But before you even think about coming to the laundry to accuse us of losing your clothes, you'd better make sure that you've done the following things:

If you manage to get through all- and I do mean all- of those steps, then come to me, and in a very polite fashion, ask me if I know where it is.  I will think, I will search, I will find.  Almost certainly in your cupboard. At which point I will stab you with a coat-hanger and brand you with a steaming iron.

A more gentle-natured stewardess accepts this is an annoying facet of the job.  A stew like me, well…stews.

Of course, there are boats that don't make the stewardesses iron personal clothes, and some even take it so far as to let the guys do their own washing on weekends.  Sometimes, this wonderfully liberal policy will end in you coming into the laundry on a Monday morning to find stinking piles of stinking laundry stinking up the washing machines in a seriously stinky manner after having been left there over the weekend earnestly trying to foment some mouldy revolution.  Sometimes you will discover the floor awash with soapsuds from an overflowed machine- as boys always put in 800 litres of detergent per pair of underwear.

Despite the stinkiness and the seas of slippery soap suds, I will never criticise these lovely boys who at least attempt to look after themselves.  They may not be very good at it but, at least the dears are trying. Bless their cotton socks. Even if I'm only going to give one of them back. (I had to offer the other in a sacrifice to the washing machine gods.) Postscript: I found the sock he was missing. It had fallen down the back of the ironing board. I threw it away, just to spare myself having to admit to him that it had been my fault.

The moral of this story?  Be nice to your stewardesses.  We are well-trained in the art of laundry voodoo. The black sock arts.