Crew Life » Crew Departments » Galley » The Key to Cristal
« BACK

If you work in the yachting industry you probably already know that Cristal is one of the most exclusive champagnes you can find. Since it's so incredibly popular among yacht owners and charter guests it’s good to know a few interesting facts so you can impress your guests when the opportunity arises!

Cristal is made by the champagne house Louis Roederer and was first created in 1876 for Tsar Alexander II of Russia. It is viewed by many as the first prestige champagne in the world. The Tsar was already a big fan of Louis Roederer, but requested a “super cuvé” to be produced for him and his court. He wanted his “super cuvé” to be noticeably different in look to the standard green champagne bottles of the time, and asked for a clear bottle to be fabricated for him… it was originally made out of crystal.

The political situation in Russia in that period was very unstable and the Tsar had a very real fear of being assassinated. As a precautionary measure he requested that the bottom of the bottle be flat so that no bomb could be hidden under it. The unique transparent flat bottomed bottle design is still used by Cristal today. Transparent glass is not ideal for wine storage as the UV light speeds up the process of oxidation, which is why each Cristal bottle is wrapped in a yellow protective plastic film.

Cristal, as we know it today, was not commercially available until 1945.

A few words on production

Cristal is always a vintage champagne and is only made in the best years. For example, 2001, 2003 and 2010 were years deemed not good enough for producing Cristal. Dom Perignon on the other hand was produced all these years. Every year around 400 000 bottles of Cristal are sold in 103 countries. It may sound like a lot but when you consider that Dom Perignon offers around 5-6 million bottles a year to the global market it puts things in a perspective.

A typical vintage is composed of 55% Pinot noir and 45% Chardonnay (20% of which is matured in oak casks with weekly batonnage (stirring of the lees). No malolactic fermentation occurs. Cristal is produced using harvests from the finest vineyards of Montagne de Reims, the Vallée de la Marne and the Côte des Blancs. Cristal ages an average of 5 years in the cellars and rests 8 months after disgorgement to perfect its maturity. The dosage of between 8 and 10 g/l is customised to complement each vintage. Another interesting fact about this legendary champagne is its connection to rap music. In the late 1990s and early 2000s, the brand became increasingly associated withrap and hip-hop with artists like 50 Cent, Puff Daddy, and Jay-Z mentioning it often in their lyrics. This however came to an end in 2006 when the owner of Louis Roederer, Frederic Rouzaud made indelicate comments in an interview with The Economist. When asked if he thought the association would harm the brand, he replied, “that’s a good question, but what can we do? We can’t forbid people from buying it. I’m sure Dom Pérignon or Krug would be delighted to have their business.”

The interpretations and reactions to the statement resulted in the brand’s loss of popularity in the rap culture and the strongest voice here was Jay Z who said he would never serve the champagne in any of his clubs or promote it in any way. A few years later this incident lead to Jay Z entering into a partnership with a champagne firm to create his own champagne, Ace of Spades.

So, what is it that made Cristal into the undeniable star it is today? Is it the rich history with the Tsar, the unique bottle, the high price, the quality or maybe a mix of it all? The oldest Cristal I have tasted was 1996 Rosé and I was moved to tears on both occasions by its sheer quality - a true masterpiece.

However, I do not feel this way about very young Cristal. This is really a champagne that needs time in the bottle to develop its nutty, rich and silky complexity. When young it is tight and closed and the beauty of this wine is easily missed, especially when drunk directly from the bottle (or from the naval) at a beach in Saint Tropez! 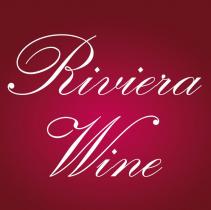