Crew Life » Career & Training » The Crew Coach: When is it Too Late for Job Hunting in the Med?
« BACK

The Crew Coach: When is it Too Late for Job Hunting in the Med? 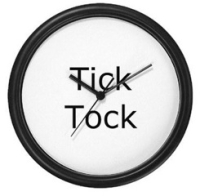 "I’m keen to get my first job as a stewardess but I’m committed to a position that doesn’t finish until the end of May. Is it too late to come to Antibes looking for work in June?"

I’m so glad you asked this question as it comes up so often and there will be plenty of others in the same boat as you (pardon the pun).

The fact is that there are always jobs going in this industry. It’s true that there are more positions open around the seasonal ‘shoulders’ ie, April/May and October/November, but in reality there are still jobs coming up the rest of the year as well – you just need to be a bit more canny about how to get them.

Here in the Med, as the rush of the first early season charters draws to a close (ie the Cannes Film Festival and the Monaco Grand Prix, both of which finish this coming weekend), there is a general reshuffling that takes place.

Yachts who have trialled new crew might find that they (or their owners) were not happy with some of them and they will find replacements before the season starts in earnest, or crew might decide they don’t like the job and leave for their own reasons.

All of this means there is a last minute rush of job offers that come up at the end of May and even in early June, as everyone moves around one place until the yachts end up with their chosen crew for the season.

Having said that, even if you were to arrive later on while the season is full swing, you might well find yourself in a strong position.

The crew houses are emptier and it’s therefore a little easier to find accommodation, and there are far less job-seekers meaning a lot less competition. By then most candidates have either got a job, run out of money, or given up – meaning the jobs that still do come in are less hotly contested.

Another benefit of being available at this time of year is that the barrier of being ‘green’ is not quite as high. Of course most yachts would prefer to hire someone into a junior role who can hit the ground running – especially mid season when there really isn’t a lot of time for training – but as candidates are thinner on the ground they’ll be happier to look at taking someone with equivalent experience as long as they have the ‘smarts’ to jump in at the deep end.

My advice as always is to have at least 6 weeks worth of money saved up – that’s around €3,000 – but at that time of year you might just find you are snapped up well before six weeks is up.

Save as much time and money as possible by getting all your necessary certificates and qualifications in advance, and registering with all the crew agencies online before you actually arrive. There is no point in wasting accommodation expense doing all that here.

When you do arrive make sure you check in personally with all the agencies to let them know you are here and ready to fly anywhere at the drop of a hat to join a yacht.

Once the season is on, yachts are much more likely to source junior crew through agencies as they might be away from a dockwalking hotspot. Once you’re checked in with everyone it’s still worth hitting the docks too – but please be very careful not to approach yachts with guests onboard! Watch out for flowers on the aft deck as a dead giveaway, also covers off and crew in ‘formal’ uniform.

Good luck and keep me posted – if anyone else has any job hunting tips please feel free to post them in the comments box below!