Crew Life » Career & Training » Transitioning from Commercial to Yachting
« BACK

Transitioning from Commercial to Yachting 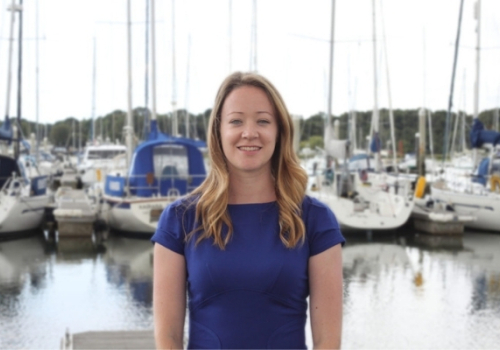 In the last 10 years we have seen an influx of applications from commercial deck officers looking to enter the yachting industry; not surprising given that the industry itself has changed hugely during this time. Not only is yachting more accessible and visible to the public via channels such as social media (not to mention a certain American ‘reality’ TV show!), but as yachts get bigger there are more requiring unlimited tickets for safe manning. As in yachting, the commercial community is close knit and word spreads quickly.

But how does yachting compare to the gritty reality of the commercial world? Those of us who have worked on yachts know it’s more challenging than the photos on Instagram would suggest. As a reputable captain recently said “Yachts are not Instagram posts, they are homes for crew, they are demanding workplaces.”

We spoke with a range of officers within the yachting industry and questioned them on the differences they experienced when they transitioned from the commercial world.

The overall comments highlighted the change of focus they noticed within the yachting industry. Working in commercial ships there is a high safety culture with functional tasks to complete. Typically it is also revenue based, contributing to global trade and a supply chain. In yachting you are there for the enjoyment of one individual, family or group.

Hands-on skills and an eye for detail are imperative and often people have been shocked by how clean things need to be on a yacht. The overall focus is on the guest experience which impacts working hours and general tempo, and it's not unusual to spend hours or  days on an elaborate passage and itinerary plan only to be told “the boss has changed their mind.”

We were also told how the ranking and hierarchy on yachts can take some getting used to. For an experienced officer taking their first yacht job as a deckhand, many have found it difficult working under the bosun or other deckhands with more experience working on board yachts. One officer described how he had to forget many of the skills he had learned during his cadetship, relearning different processes, products and techniques from a bosun with more yacht experience.

In terms of crew numbers and space on board, the consensus was that while crew cabins are quite a lot smaller (and often shared) on yachts, the standards and communal spaces are of a much higher spec and the food and amenities on board are much better. Generally crew numbers are smaller on yachts compared to cruise ships, but often larger compared to container ship and offshore operations.

Crew on yachts also tend to be highly sociable which makes them well suited to the environment and interacting with guests. For someone who prefers their own space and time alone, a yacht is perhaps not the right place to live and work.

We also asked our officers about perceptions from the outside before they made the move to yachting. One said: “It’s a life full of sunshine with time off and lots of tips” (I can hear the laughter…!). They have since found out that this is not necessarily true; some crew do receive great tips, but not without a lot of hard work.

Another officer said: “Everyone who works on yachts is shallow and image focused.” While there may be some crew members who like spending time in front of the mirror, isn’t this the same for any industry or walk of life? Of course you are expected to look smart as you are a representative of the yacht and the owner.

There was also the belief that “As a deck officer you’ll spend most of your time on deck”. In reality this varies depending on the vessel. On some you will be outside for 80% of the time, but on other yachts you’ll be spending the majority of your time on the bridge with only a few hours outside each day.

On the topic of recreation, one respondent said: “You get to use the water sports toys and guest areas all the time”. Again, this varies depending on the individual yacht and program. Some testing will be required but generally the yacht's water toys are reserved for the guests or owners!

Overall, while there are clear differences between yachting and the commercial world there are also many similarities. Many of the officers we spoke to have had a very positive experience transitioning to yachts and are now progressing through the ranks.

Competition for yachting jobs is currently fierce due to ongoing uncertainties in the commercial world, but if you'd like to find out more about working as an officer on board yachts, please contact Louise Forster, Senior Deck Consultant.