The Russian (Language) Revolution On Board Superyachts 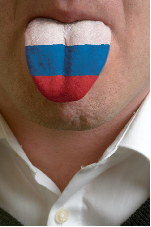 Recent years have seen a surge in Russian-speaking superyacht owners and charterers, bringing with it a range of new demands for captains and crew. One is communicating with them, as on the whole Russians tend to speak little English and feel more comfortable when addressed in their own language. So, Endeavour Languages, a communications company specialising in the superyacht industry, has decided to tackle this situation by offering basic Russian training to superyacht crew. The first “Russian for Yachties” courses are taking place in Palma next month at Aigua Sea School, a highly-renowned RYA training centre with schools in Mallorca and Malta, and will show crew the basics of Russian language, such as meeting and greeting, nautical terminology and the different levels of formality required.

Russians are renowned for being loyal clients, so if a crew member can say “Good morning, how are you?” or “Welcome aboard” in Russian to a Russian-speaking guest, then it will make them feel at home and boost the chances of repeat charters, for example. And to learn more about how Russians tick, the training involves an introduction to culture and mentality, so that crew can also understand the guests better.

Kevin Connor, Director of Endeavour Languages, stresses that “English is the lingua franca of the yachting industry and all crew speak excellent English. However, with the evolving market and surge in wealth from Russia, and other “new” economies” as well, languages will play a stronger role in the future”. He adds, “Imagine if a deckhand or stew can state on their CV that they speak several languages, including Russian, then this will increase their chances of being recruited if a captain knows that the charters planned for the season are going to involve guests from Russia. Having a Russian-speaking crew will boost the yacht’s image and secure repeat charters”.

The first course in Palma, lasting ten hours and taught by a qualified Russian teacher, will take place during the week commencing 11th March, and more are scheduled for following weeks. “It is imperative that yacht crew should keep up with the needs of the evolving superyacht owner”, adds Kevin, as “training is vital for crew and any extra skills are a plus. If there are going to be more owners and charters from Russia, which is highly likely, crew should adapt to this market trend and add more plus points to their CVs”. Talking about why Endeavour Languages has teamed up with Aigua Sea School, Kevin says that “the school is an RYA Training Centre that works hard to develop further training opportunities for the yacht community, especially those in Palma, where the school HQ is based”.

The courses will be hosted by Aigua Sea School at their new technical training centre, very centrally located in the popular crew neighbourhood of Santa Catalina in Palma. Endeavour Languages also plans to offer Russian training across the Med in the coming months.

Endeavour Languages, based in Barcelona, is a communication company specialising in the superyacht industry. With years of proven experience, it provides language courses, social media management and translation services and to the superyacht world.