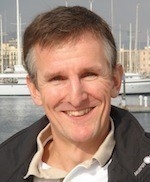 As a yacht manager and former yacht captain, Fabien Roché has had quite a bit of experience with placing crew. In recent years however, he’s noticed that not everyone has necessarily put in the right amount of time to gain the experience. When it comes to young, ambitious crewmembers pursuing a slew of certification courses so that they’ve got the right piece of paper at hand, Roché has found that certain yachtsmen nowadays maybe aren’t always quite as capable as they were in past decades.

Roché has spent more than his fair share of time handling the ropes.  “When I started in yachting back in the 80s, you used to get a job by word of mouth,” Roché said. “People knew who you were, and if you were good you would progress to a better job. If you weren’t good, you stayed where you were basically. To get the 'good' jobs you therefore had to put your back into it. You could also drive the biggest powerboats at the time with no license, because the industry was unregulated.”

“Today the industry is becoming increasingly regulated and appointments are essentially based on what piece of paper you hold. Also,” he continued. “in the yachting industry the curriculum differs somewhat from that of the commercial world and it is not rare to find people that have some type of a Captain’s license gained with the bare minimum of sea time required. They find themselves going from course to course and always seek employment at the highest level their license will allow. In effect, you may find yourself with people who are handling boats worth millions who actually can have very little hands-on experience.

”In the commercial world, where I returned to get my qualifications in the early 90s, it is a very different story – to be a qualified Master took me more than 10 years altogether, climbing up the ranks from Cadet all the way up to Captain on cruise ships. I took my time and learned at every echelon before I was able to gain the sea time allowing me to progress. It was a long process but I firmly believe that one cannot have the same outlook if one hasn't experienced the position firsthand."

Regulation and certification requirements are supposedly put in place to ensure that crewmembers have the required knowledge; only the certification process often allows people who don’t have the necessary practical experience to secure high-ranking positions. “The problem is: you need the experience.  I think that maybe the yachting education process may be a little to blame,” Roché said. “If someone has freshly obtained his Officer of the Watch certificate, it gives them a 200 ton Captain’s license. So what’s a young guy that is not quite certain of his future going to do? He has the choice of captaining a 'less than 200 ton' yacht or being a deck officer on a larger yacht. Most will choose the former, hence skipping positions that, to me, are essential. It is hard to be a professional and diligent captain if you have not climbed up the ranks yourself, slowly gaining that experience so that later in your professional life, you can actually judge people and their actions based on your experiences rather than on your thoughts.”

The regulations should place less emphasis on coursework and more on ensuring that practical knowledge is present, he said. “I think that if you’re a captain and you’ve hardly spent any time as a Deck Officer or Chief Mate, for example, then you probably don’t have enough insight on what it’s all about to be a good Captain,” Roché said.

Roché recalled several captains he worked under as he made his way through the ranks on cruise ships. Some captains would hardly ever (or never) allow anyone else to maneuver the vessel. “I thought: how stupid is that? Surely the best training is the practical one,” he said. “Captains should be letting other people maneuver. At this point I swore to myself that when I was to be a captain, I would let others maneuver.”

“I’m a firm believer in the fact that you need to have trust and faith in people and give them the responsibility,” he said. “You really need that trust as you will never know if somebody is suited for the job until you put them in that job. Anybody that says the opposite is lying. You will never know… There are times when someone doesn’t necessarily seem all that impressive, but you give him the job and it turns out he’s the best guy for the job. And conversely, somebody that you thought was going to be brilliant, because as Chief Mate he was super confident, and you find he gets into a Captain’s position and loses all his confidence because he’s got all the responsibility.”

Roché kept to his promise. Sure enough, years after he’d promised himself that he would trust his officers to maneuver, he was on a two-week trip off Thailand on a large yacht he was captaining. “We brought on a local guide for the trip and he was stunned, because on this large yacht I never maneuvered once.” The guy had never seen that before. "'But how do you want them to learn?' I said."

Fabien began sailing regularly at the age of three, and had sailed most of the world’s seas by ten. He gained his first commercial maritime license in 1987 and he worked on yachts in the Indian Ocean, Mediterranean and Caribbean until the early 1990s before finalizing his Class 1 Master’s license in 1996. He has worked on yachts for much of his career, including M/Y Indian Empress and S/Y Felicita West.