Powering the Rise of Female Captains 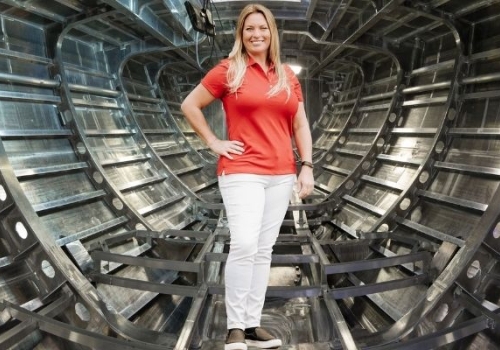 Gender imbalance has long been a hot potato in yachting. It might be disappointing but it’s no great surprise to see that among 30,000 yacht crew looking for jobs, just 28 per cent are female compared to 72  per cent male, according to She of the Sea’s 2021 annual report.

However, did anyone anticipate that female captains in yachting make up just 2 per cent? With the superyacht industry now paying closer attention to diversity and inclusion, focusing on equality and sustainability, the lack of female representation in yachting is further mirrored in the report by the low number of females in chief officer positions (5 per cent) and chief engineer roles (0.5 per cent).

We spoke to three female captains to find out more about what needs to be addressed to attract women to the role of captain and how best to tackle sexism and overcome the hurdles to make it as a female leader in superyachting.

Despite the many challenges, Captains Kelly Gordon, Maria Grazia Franco and Kathy Pennington have made it to the very top of their profession and could not be more inspiring role models to the increasing number of women following in their footsteps. So what exactly needs to be done to change the industry and make it a more welcoming place for women?

"When it comes to younger women coming up the ranks, there is responsibility on many levels which lies on the shoulders of the mentoring, senior level female captains, the men in the industry, and the young woman that is looking to climb up the ranks herself," explains Captain Gordon, who is currently freelancing in South Florida and The Bahamas.

"I feel it’s my responsibility to reach out and offer assistance and be more aware of those that just might be a little unsure of how to go about it. As female captains, and captains in general, we should realise that by taking the position of command, we have also accepted the position of mentor/leader/coach/teacher/counsellor and friend and we must be able to wear all hats and know when it is appropriate to switch those hats out!"

Strong and persuasive counsel from superyacht management and recruiters could further improve the balance immeasurably. "The mentality needs to change from above," says Captain Franco (pictured below), who is in charge of the 55m Amels M/Y Halo and has spent 23 years in yachting.  ‘Management and recruiting companies should promote women in leadership positions to owners whenever possible. 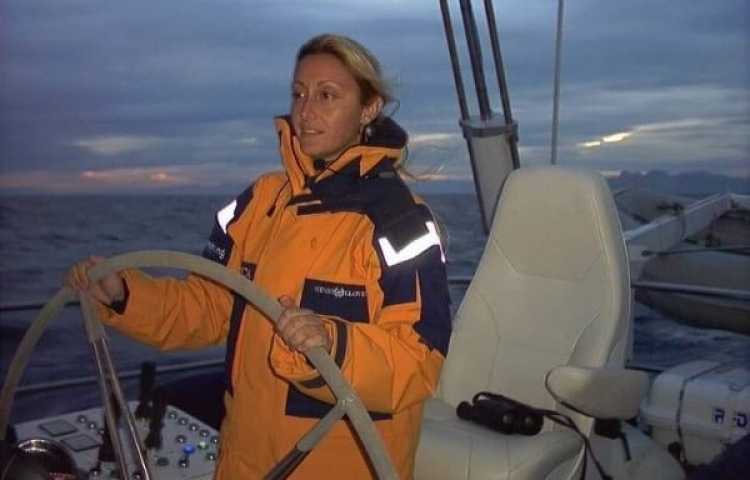 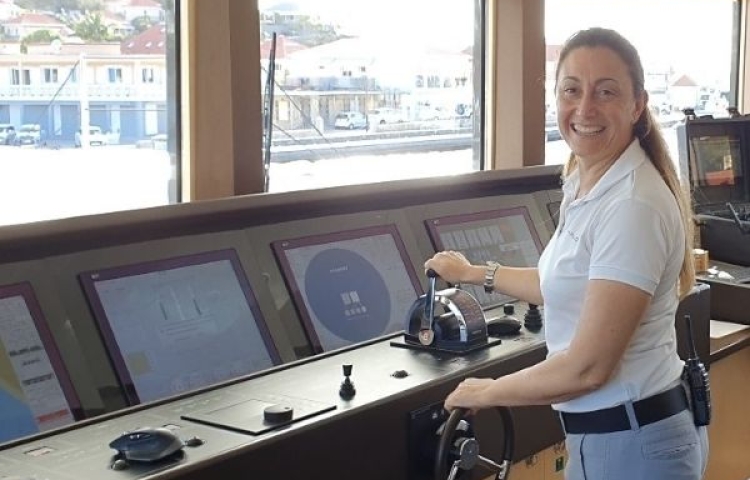 "Instead, they are the first to make the selection without even trying to persuade owners, especially first time owners, that a female would fulfill the role as successfully as a male candidate. A captain should be judged based on skills, experience, charisma, knowledge, not sex!"

Captain Pennington leads SY Twilight - at 125ft the largest Oyster yacht ever built – and she is optimistic about higher female visibility and presence on the deck, adding: "I think we are already changing the industry by starting mentoring programs and having support groups with people who have been through it all and can help to guide new ladies coming into the industry.

"It's great to see all female race crew and solo ladies rowing the Atlantic. We are definitely out there and getting stronger and the world is opening its eyes and accepting that females can and are doing as well, if not better, than men."

"As a young woman, it can be quite intimidating and overwhelming to approach a captain on a large yacht to ask questions. What if these senior, male captains created a group of sorts that made them 'feel' more approachable?

"It’s important to offer as much support, guidance and approachability to allow a young woman, or man, to reach out about working on deck. I love to teach and share my knowledge and encourage or inspire those young adults that are chasing a dream. 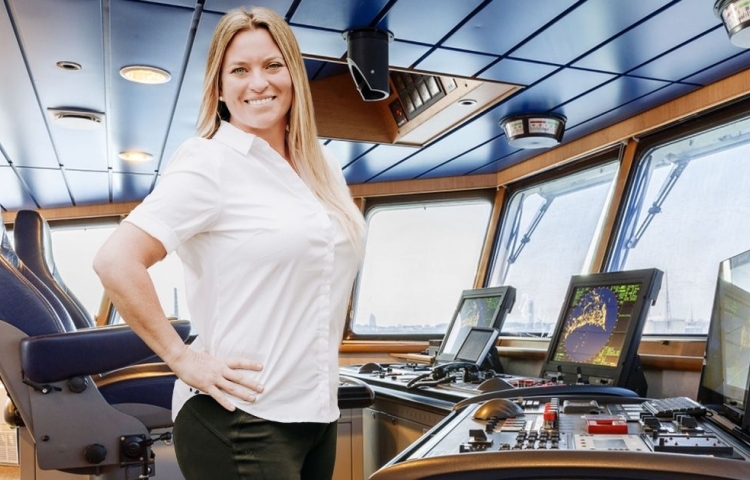 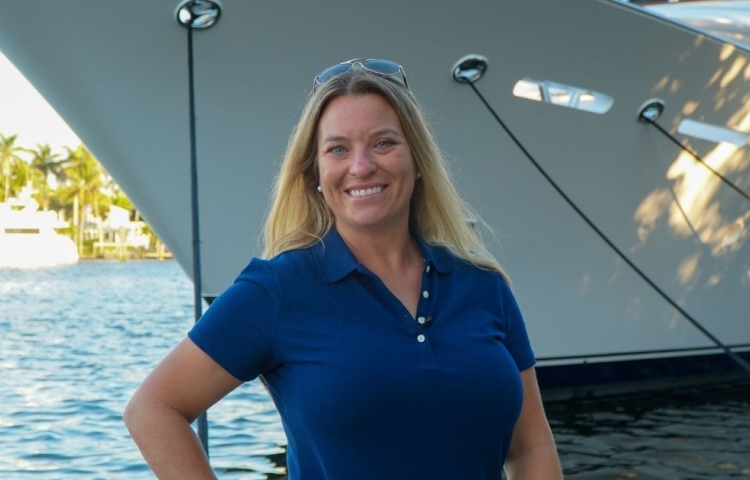 "I try to mentor as many individuals as I can and hope that sharing my story will inspire those that have a desire to join the deck department to do so. Even if I give the courage to just one individual then I have done my job!"

Captain Pennington says a positive, can-do attitude pays enormous dividends. "There will always be hurdles to overcome when a woman is put into a role that is generally considered a man’s role. We have to work harder to prove ourselves but it’s worth it in the end. There are definitely more women going into deck and engineering which is brilliant. I currently have a female deck stew who I would love to be my mate in the future."

"Usually a female brings a high level of experience and skills to the captain position, having had to work harder to achieve those results," adds Captain Franco, who started her marine career as a diving instructor and worked on MY Octopus as an officer.

"Women have a particular attention to detail and we’re also very good at multi-tasking, both of which are everything in yachting. Having more empathy also helps in dealing with crew issues and improves the relationship with owners and guests."

Captain Gordon was a college chemistry teacher in the US when she attended a wedding party on a yacht and switched careers on a whim, with the captain she met that day becoming her mentor and teaching her every aspect of yachting. She agrees that female captains tend to be emotionally in tune with what their crew needs.

"Also we aren’t afraid to pitch in with any role on the boat," she adds. "You won’t see many male captains pulling stew duty, and women will in a heartbeat. We are more cautious and willing to admit to our limitations. We’re also more organised and pay attention to the finer details. Mostly, we have an innate mothering ability, which allows for a warmer and softer environment for crew." 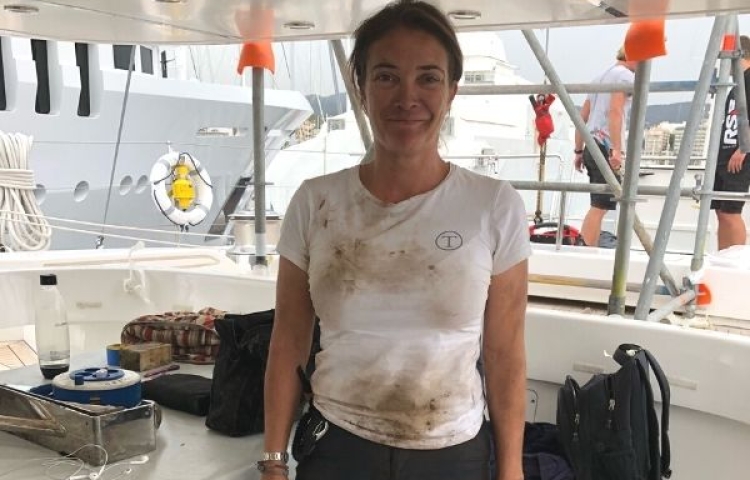 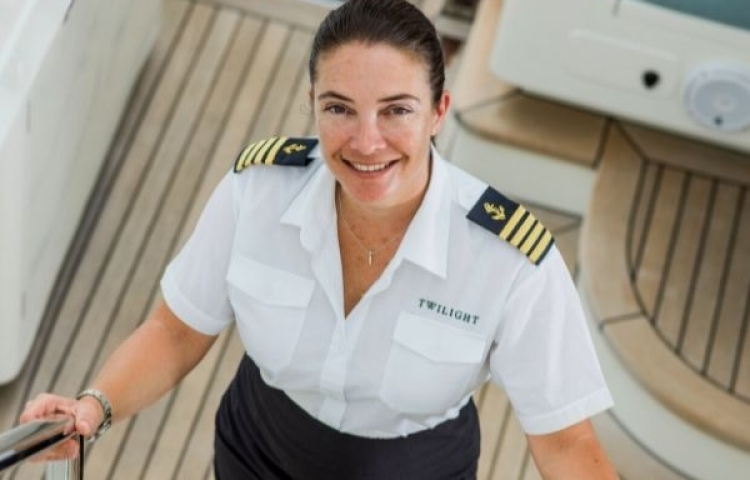 Captain Pennington (pictured above) backs that view, adding: "The mothering instinct makes us better listeners, we are generally calmer and more understanding. Some women may not like that statement but it’s true."

While there is clearly still much work to be done in yachting to create a more level playing field with equality, diversity and inclusivity as core values, all three captains we spoke to believe that change is definitely afoot – and that good leadership training makes all the difference.

"Things have improved since I first started," asserts Captain Franco, "with more women in deck and engineering positions but there are still very few female captains on 50m+ superyachts, especially compared to the cruising industry where there are shining examples of female captains on large passenger vessels.

"Training has a large impact in creating a role model and leader. I’ve done several courses with Luxury Hospitality over the years and have shared that knowledge with my crew on different yachts."

Captain Gordon believes that "training is huge", adding that the Luxury Hospitality Talent Dynamics course she enrolled on gave her a better insight into her strengths and weaknesses, which in turn made her a better leader.

She fervently believes that the last remnants of sexism can be eliminated by surrounding yourself with supportive male colleagues who are also eager to stamp it out, adding: "There are men in this industry who are some of my biggest cheerleaders and supports!

"Women climbing the ranks need to make sure they are surrounding themselves with the right people," she adds. "Sometimes it take a bit to find and create your support group, but it's so important.

"There is a lot more support now with regards to groups like She of the Sea and mentorship programmes," agrees Captain Pennington. "It’s nice to know there are other women out there all willing to help and guide each other. Let’s hope that it only keeps on improving."