A Case for Crew Performance Reviews 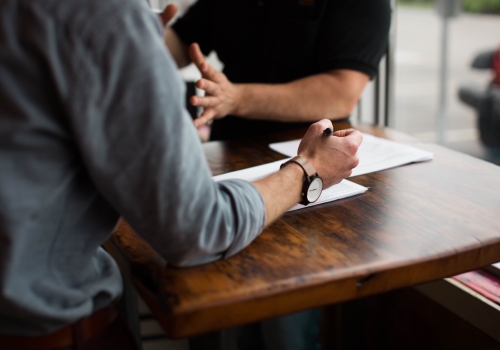 A recent yacht crew survey has uncovered some interesting food for thought when it asked the question: “If you had a mentor, what areas would you specifically like to focus on?” The answers spoke for themselves, with the vast majority identifying the same three points: unbiased feedback, department specific training and career progression. These responses raised an interesting point, highlighting an obvious but curious blind spot when it comes to the unique working environment that is yachting.

Reading as an officer, my knee jerk reaction was: “Oh, a regular performance review would be really handy for that”, but moments later I realised that in my nine years spent in the industry, although I had facilitated and conducted sessions like these, I myself had never had one with a superior. Never one to assume my experience is the rule, I reached out to my network, where my sentiment was echoed - only one stewardess said she had worked on a yacht that conducted regular, structured performance reviews. And yes, apparently, they worked a treat.

It’s strange that a practice that is very much commonplace in nearly every other industry is still so far from standard in yachting. Bearing in mind that most of us could easily identify the benefits, is there something peculiar to yachting that explains the absence of this powerful practice?

Why is there a lack of performance reviews?

Could the glaringly obvious difference between ours and more traditional workplaces be to blame? I don’t know many other jobs where you could be brushing your teeth in your PJs next to your boss who has just had to tell you that you’re not meeting the expectations of your role just hours before. Or unpacking the dishwasher at 7am alongside your decky who you’ve just had to give stern feedback to. Does the physical lack of personal and professional boundaries discourage us from getting real and having the tough conversations when it comes to personal performance? 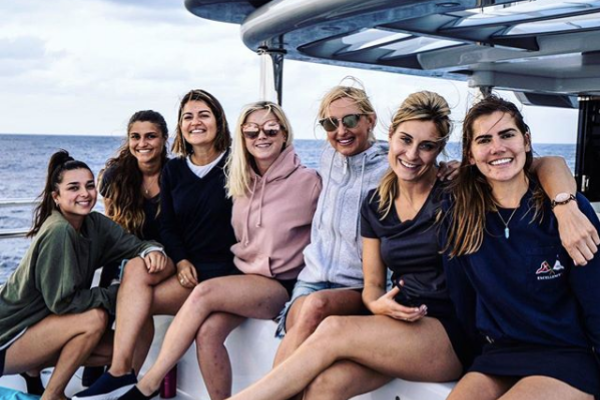 Perhaps it’s simply a lack of tools on how to engage constructively from both sides. As much as I’d like to say I haven’t, I myself have fallen into the trap of not addressing an issue with a deckhand until it’s too late, and my frustration has boiled over into an unconstructive encounter. Equally, as a decky, I have memories of copping an overly harsh talking-to about something I was totally oblivious to.

In hindsight, these situations are always avoidable when issues are addressed head on in a constructive way, which is easier said than done after the physical and mental stress of a season has worn both sides down. And, more often than not, there are only two common outcomes: unconstructive conflict and resentment, both of which erode motivation, trust, group dynamics and ultimately performance.

The Importance of Performance Reviews

In a time where we have so many resources at our fingertips on how to create inspired workplaces with self-empowered employees (in our case crew) and an obvious appetite for feedback, perhaps we can turn the nightmare of conflict into an opportunity for change through performance reviews.

The benefits are obvious and far reaching: the raised morale of crew knowing that someone cares enough to look closely; the feeling of accountability and reduced complacency of all parties; the ability to properly assess whether bonuses or incentives have been reached and earned without the question of “is this personal?” looming over the decision. It encourages leaders to really observe and invest in their crew in a professional way, enabling them to create self-empowered cultures.

On the other side of the coin, it gives crew the tools and, in some cases 'fair warning', to cultivate their personal performance and skills. Expectations can be clearly set, and in turn easily achieved. The excuse “well you never said” becomes obsolete when we as leaders can clearly paint what success looks like.

So how does one go about creating that safe space where all parties feel they can ‘rumble', as Brene Brown puts it? Where both parties can get real with their expectations and desired outcomes in a way that clears the air, builds trust and confidence, and results in better performance and job satisfaction for everyone involved? 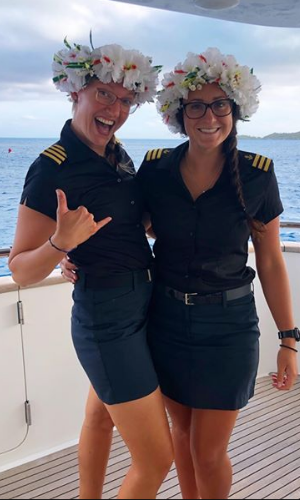 From personal experience and from asking how this has been achieved on other boats, giving crew a worksheet to read and fill out ahead of their review seems to be a great way to get the ball rolling. This gives crew members the chance to ask themselves real questions and give honest answers without the pressure of being put on the spot, which can sometimes lead to defensiveness rather than openness. It’s always helpful if facilitators also complete the sheet themselves so they can lead by example and find common ground during the conversation.

The best example I've seen of this is broken into three sections: self-evaluation, department evaluation and goal setting. This gives crew a chance to tell you exactly where their blind spots are, where they want to grow and what they need from you. This is invaluable information when it comes to creating a challenging but fulfilling work culture and gives your crew a certain level of power and control over their own progression.

The next step is scheduling one-on-one time to go through these worksheets with crew. Brene Brown has a fantastic checklist for facilitators to ensure we create a safe, constructive space. This includes: I can hold you accountable without shaming or blaming you; I can talk about how resolving these challenges will lead to your growth and opportunity; I’m willing to put the problem in front of us rather than between us (or sliding it toward you); I’m ready to listen, ask questions, and accept that I may not fully understand the issue; I can model the vulnerability and openness that I expect to see from you.

You’ll be establishing a constructive space instead of a critical one, and making it clear the conversation is about how we can be better together instead of pulling people down. I always find this part a really great time to ask crew if they would be willing to address issues they have with other crew in a group and, more often than not, I’ve been pleasantly surprised with the results.

Once one-on-one evaluations are done, it’s usually a great idea to bring the department together (or the entire crew in a smaller operation), to consolidate strengths and growth points, and dispel any issues that have been quietly brewing. If everyone is on the same page, everyone can see the goal and the pay off at the end.

Doing these on a seasonal basis will create great continuity for crew and enable you to track progress, try new tactics or make any changes as you see fit.

Performance reviews give people a voice, hone their skills and build drive and trust within the group. They don’t have to take all day; in fact the more concise the better. Crew want to be seen and heard, and as HODs, it’s of huge benefit to us too.