Crew Life » Career & Training » Is Leadership on Board a Matter of Perspective?
« BACK

Is Leadership on Board a Matter of Perspective? 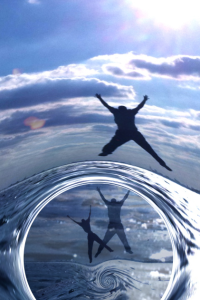 Leadership and good communication are important skills in crew resource management and currently quite a talking point. Crew know that working on a yacht is not like any other job, at least none that I know of, as it has it's own unwritten rules as well as more and more official regulation. Do current training courses address this, and what stands out in the transition from a naval or commercial background?

Moving from a naval or commercial background

On speaking to a second engineer on an 80m yacht (previously a chief in the Navy), they brought up an interesting point on perspective, and how leadership appears from within the industry. He found that the biggest adjustment he faced in moving from the navy to yachts concerned perspective. In the navy his primary focus was the engines and equipment. It was cut and dry, if something broke down it got fixed immediately, but working on a yacht he had to learn to prioritize in very different ways.

Light not working in the master head?

For example, a stew might call on an engineer if a light is not working in the master head. The engineer may well have engine problems or a water maker on the blink, yet he would be expected to make the right decision, which can be rather different in the context of yachting. On most yachts the owner's head would take priority.

It's not rocket science but it's the reality of working on a superyacht. We are here for the owners because without them the industry would not exist. Leadership on a superyacht may appear easier than being the CEO of an organization, or an officer on a naval ship but, in reality, it's a matter of perspective, and the rules and goals in yachting are very different. Leadership is practiced at every level on a yacht, especially when owners are onboard, yet there is still little training for leadership within standard industry courses. If you come from a naval or commercial background, the required shift in perspective is significant and, for front line crew especially, there's a sharp learning curve when dealing directly with owners and guests.

Leadership skills are required to keep everyone safe on a vessel at sea but, on a superyacht, people skills and communication skills are equally vital to owner satisfaction, and these must be taught, managed and practiced to give owners what they pay for. Just like a professional sports team, players must train and practice continually to stay at the top of their game and it's no different for crew on board a yacht.

How much time do you get to practice, train and hone your leadership and communication skills in your role on board?