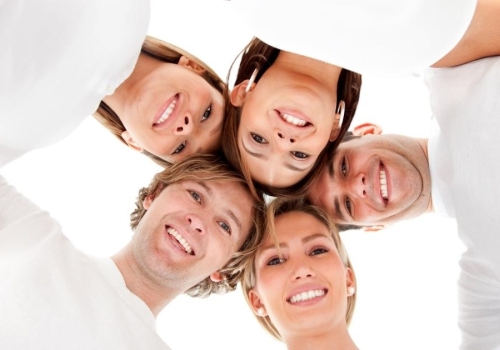 Crew turnover continues to be a significant issue in the superyacht industry. We know that the rate of crew turnover is higher than most owners, managers and crew themselves would like. With it comes disruption, inefficiencies and the need to re-train; not to mention the cost.

This should not be a surprise, as all too often crew are considered as a disposable commodity. However if crew stability is a desired norm then the current culture needs to shift and this will require a united effort.

In February 2021, stakeholders from across the superyacht sector came together to discuss the challenges and changes needed to help the yachting industry mature and become a long-term career choice for all crew, not just at sea, but with clear transitions to shore side positions too. It was widely recognised that this will not be a quick or simple fix and it will require data gathering and education across all aspects of the industry.

We discussed the concepts put forward by Lord Mark Price, previously deputy CEO of the John Lewis Partnership. He highlights the correlation between staff happiness levels and increased productivity (20 per cent) and profits (20 per cent), and reduced waste (43 per cent), as well as lower staff sickness and staff turnover.

If the happiness levels of staff are so central to an organisation’s success, why are we not focusing and measuring what makes crew happy? We decided to send out a crew survey to measure specifically what attracts and retains crew and, conversely, what leads crew to look for alternative employment.

Impact Crew Survey - What we Learnt

The survey was distributed during 2021 and received in excess of 300 responses. One third of the responses came from captains, with good representation across other positions including junior interior and deck crew. The gender split was roughly two thirds male and one third female.

Why crew decide to stay or leave a yacht

Money is often considered to be a primary reason for crew to stay with a yacht, although all the motivational theory contradicts this, instead suggesting that when the monetary reward is less than expected it becomes a reason for people to consider leaving.

In line with this, comments implied that the right money and package would attract crew to a position and, as long as this was perceived to remain fair, money was not a reason to leave. However when crew were not fairly paid, or experience gained was not reflected in a salary rise, they would leave.

Some of the comments explain the monetary reasons crew stayed with a vessel, such as overall a good package of salary, bonus and reviews, or good budget to run the yacht.

Others explain why crew decided to leave: not receiving a pay rise or bonus, no flights, no salary review and no budget for courses were among the reasons.

Similarly, regarding leave or time off, it was more of a draw to take a position than a reason to stay, unless rotation was offered during employment. Managers in the current workplace are becoming more aware that the younger generation is more concerned with work/life balance than previous generations at their age.

The lack of leave or exhaustion were also given as reasons for crew leaving a perfectly good position, with some crew saying they have to quit to get time off, discuss burnout, say they are overworked, or needed the time to take courses.

Owners also figured highly, particularly for captains. The desire to work for someone who is reasonable, accessible and values crew is important, with 73 per cent of captains staying on a particular yacht because of the owner, be that because they are honest, respectful, or are aware of the time and costs of running a yacht to a high standard.

Equally an owner can drive captains away. “Owner’s lack of understanding of what it costs to run a yacht,” said one captain, with others citing “poor relationship with the owner” or that the owner is emotionally unstable.

We also hear of crew needing to wait for someone to leave before they are able to step up, with 1/5 of crew leaving to progress their career, perhaps to take courses or a higher-ranking position.

The importance of team building & leadership on board

The most common reason given by junior crew for staying in post concerns their peers. The importance of crew dynamics is evident with 51 per cent saying they would stay (possibly too long in a position) if the crew morale and vibe are good.

This aligns with the ‘happiness index’ - happy crew don’t leave without a lot of soul searching first. A chef once told me that with her experience she should have been on a 60m+ yacht, however, having just sailed from New Zealand to the Med (she had hitched a ride to find her next job), she made the decision to stay because “we all get along so well, I could be earning more money, but probably not be as happy as I am now. So, I’m staying put for as long as it lasts!”

Equally, poor crew dynamics is a factor that will drive crew away, including “catty” or “bitchy behaviour”, “negative crew dynamics” and a “toxic work environment”.

By far the biggest driver of crew turnover is the quality of the onboard leadership, with 36 per cent of crew citing poor leadership as a reason for leaving a yacht. However, this figure includes the 33 per cent of respondents who are captains as well as other senior crew. When these are taken out of the equation the figure rises, with 45 per cent of junior crew saying they left a yacht because of the poor leadership they experienced.

Examples of poor leadership included being micromanaged, spoken down to, a bullying captain, the boat being put before people, or that the captain was not trustworthy and had anger management issues.

If you believe, as I do, that leaders are primarily responsible for the onboard crew dynamics, then poor leadership becomes the most common reason that crew leave at 53 per cent.

There is an old saying in business: “You join an organisation for everything it promises to offer, but leave because of your manager”. We know the same to be true in yachting, with crew joining a yacht for the package, itinerary and the leave on offer, but they leave because they feel poorly managed, undervalued and unfairly treated.

Impact Crew specialises in helping crew to become the best team possible and provides leaders with the tips and tools to effectively lead the ‘dream team’.
Please get in touch to find out how we can support you and your crew.