Crew Life » Career & Training » Yacht Crew: How Well do You Know Your Cabin Mate?
« BACK

Yacht Crew: How Well do You Know Your Cabin Mate? 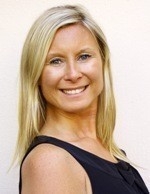 You work all day together, you socialize together, and you may even share a cabin. But how much do you really know about the people you work with? Recent revelations about a convicted paedophile working as a superyacht captain have got us thinking.

Yachting is one of those industries which attracts all walks of life, as well ,as backpackers keen to make a quick buck en route. This is partly thanks to backpacking folklore, passed on through hostels around the world, and an article published in Lonely Planet circa 2002, highlighting yachts as a fast way to earn cash while travelling.  I was part of this generation and I am therefore guilty of falling for the promised golden quays of Antibes and Fort Lauderdale. I am still here in the industry 10 years later.

In that time I have come across wanna-be deckies from a multitude of backgrounds, including doctors, bankers, firemen and tree surgeons. All this experience brings with it transferable skills, which can be extremely useful, especially on larger yachts. I have also encountered numerous people looking for a change of direction.

The banking crisis of 2009 is a case in point, and spawned an entire generation in yachting and, with the advent of bigger boats, requiring larger crew numbers, the yachting industry has welcomed people from all walks of life. Getting your first job is not necessarily easy but, if you have the   STCW-95 certificate, an ENG-1 (medical certificate), plus any extra courses, such as the PBL2, silver service,  with a bit of persistence, you will eventually find work.

Many hopefuls do fulfill their dream and find themselves on a yacht with like-minded individuals having the time of their lives. Bank balances are boosted, travel experiences heightened and friends made for life.

But how well do you really know these people? What happens when your cabin mate or fellow crew mate are running from a criminal background or they have demons in their past?

How many of us ask “How did you find out about yachting?”, or ‘What were you doing before yachting?” And you may ask why you should want to know, but think about it. These are the people you share unique experiences with; share intimate spaces with; ultimately trust your life with. In most cases you’ll be pleasantly surprised by how diverse and interesting your colleagues are, and it will give you a firmer friendship and working relationship with your crew mates.

But what of those who are unwilling to discuss their backgrounds? Most of the time it is innocent. Some people are shy and not everyone wants to divulge their backgrounds to people they work with or to those who are new onboard. Long term crew sometimes like to play their cards close to their chest but, over time bonds will form as the natural equilibrium settles. So what of those crew members who you know nothing about- perhaps your captain, or the chief engineer. Their rank alone should indicate they are respected individuals, professionals whose background shouldn’t be a concern as they have already proved themselves to their peers.

However, I was motivated to write this article following revelations about a captain who was found to be a convicted pedophile. He had been in post for over five years, working unchallenged on a 45m motor yacht. He was receiving VIP guests, greeting and caring for their children and working alongside crew who were none the wiser. This should not have been possible; his background should have been properly vetted by the management company involved with the yacht. Instead, he was discovered as a paedophile during the handover on a new yacht, when the outgoing captain was curious about his replacement and found himself Googling his credentials. And there it was, in black and white, in a newspaper article! All it took was a couple of clicks and the truth was out.

Of course, information is not always so forthcoming, and what we find on the web is not always accurate. Conducting an official background check also takes time, depending on the countries in question. In practice, most crew agents tend to rely on character and employer references, while captains rely heavily on the grapevine. But when crew are pulled from the dock for last minute charters, often no reference checks are done at all. If you look the part and have four limbs, that’s usually enough when a captain needs all hands on deck. But when the charter ends, if the crew member has got on well with the rest of the crew, they may be asked to stay on, and no more thought is given to any checks.

A Chief Stewardess friend experienced theft onboard while in the yard. The suspicion fell on a crew member who had joined under the circumstances described. No one knew anything about him. In the end, things came to light and he was escorted off the boat. Unfortunately proving he had stolen the missing items was difficult, so the boat didn’t press charges.

Thankfully the above examples are rare, and this article is not intended to scaremonger. It is just a gentle reminder to get to know your crew, as this will benefit the overall spirit on board, and it may also help you to wave the red flag if a feeling of unease starts to creep in.