How to get your new ISPS certificates without doing a course 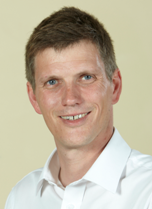 Everyone has heard about the STCW 2010 Manila Amendments. We tend to mainly associate it with the need for updating the core STCW safety training courses. But what many yacht crew may not be aware of is that STCW 2010 also brings changes to the ISPS training requirements.

In addition to the ISPS Ship Security Officer (SSO) training, the amendments bring in three new levels of security training:

This training is required by all personnel employed or engaged on board a superyacht or any other vessel to which the ISPS Code applies. Security familiarisation and the PSA course has to be done by all crew on board the yacht. PSD has to be completed by all crew who have a dedicated role on the ship security plan. Those who have undertaken the PSD training do not need to obtain the PSA.

These Regulations came into force on 1 January 2012, however, Port State Control Officers have been requested by IMO not to enforce this regulation until 1 January 2014 provided that the vessel otherwise complies with the ISPS code (see IMO circulars STCW Circ.7/16 and STCW Circ.7/17).

Just a reminder to all eligible crew to get their PSA or PSD Certificates of Proficiency before grandfathering ends, without having to attend a course. Crew who can provide documentary evidence (ie, discharge book or sea service testimonials) of at least six months’ sea service in the three years prior to 1 January 2012 can obtain the following certificates simply by sending an application form to the MCA:

•  PSA for those who have served in any capacity

•  PSD for those who have had security duties.

The form can be downloaded here: MSF 4391

The application fee payable to the MCA is £25.

We have advised many crew about these changes. Here are some of the questions we have received over the last few months:

Q: I don't work on an ISPS compliant yacht, why would I want to get those certificates?

There is a simple answer for this: it will make you more employable. You might find yourself in a position where you are looking for a job on another yacht. If you hold a PSA, PSD or even an SSO certificate this will make it easier to get employed on a yacht to which the ISPS Code applies (generally all commercial yachts over 500GT).

Q: Do I need to do both the PSA and the PSD course?

No. Those who undertake the PSD course will not have to do a PSA course, their certificate will automatically state that they have both.

Q: I'm about to do my STCW basic safety training; do I need to book an extra PSA course?

Q: Are there any changes to the ISPS Ship Security Officer (SSO)?

Q: Where can I undertake the ISPS security training?

Warsash Superyacht Academy delivers the full range of security courses both at the main campus in Warsash as well as at The Nautical Academy in MB'92 in Barcelona.

Please share this article with anyone that you feel would benefit from the above information.

Warsash Superyacht Academy (WSA) is a flagship initiative from Warsash Maritime Academy, part of Southampton Solent University, and was launched at Monaco Yacht Show in September 2012. WSA is the world leader in superyacht training and education. In collaboration with its reputable training and business service partners, WSA offers more than 138 accredited deck, engineering and interior courses, and other bespoke services to the yachting industry. As part of the world renowned Warsash Maritime Academy, the teaching faculty includes over 100 expert maritime lecturers. The scale and range of training facilities is unmatched worldwide. Clear progression routes are available for crew who are looking to further their careers, starting with basic STCW safety training and ending in both yacht and unlimited officer programmes.