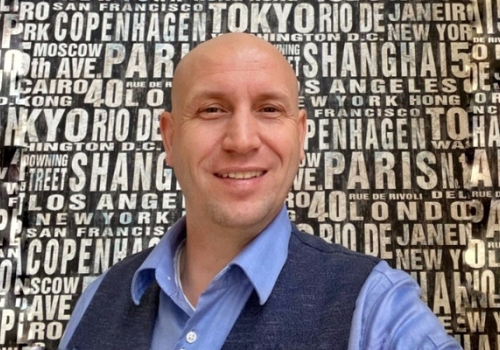 The most successful business models typically embody great leadership and efficient team building at their very core yet until relatively recently, these key skillsets were not considered an integral part of the superyacht industry.

That changed dramatically with the advent of Luxury Hospitality, superyachting’s premier training and leadership agency, which hopes to cement its pioneering position as it forges ahead with an exciting new partnership with Crew-Glue.

Set up by Sara Ballinger and Christian Bennett two years ago, Crew-Glue offers team development across superyachting, with a roster of happy clients in their wake so there is much industry anticipation that the new collaboration will take both companies from strength to strength.

With 20 years learning and development experience in the corporate and hospitality sectors, Sara, whose clients include Hermès, Jaguar-Land Rover, Hearst Publishing and Estée Lauder through The Daisy Gray Partnership (which she and Christian also established), is quietly confident that she and LH Founder and Managing Director Peter Vogel can create a union which will set the bar high for the ultimate in leadership and team building.

‘My partner (and business partner!) Christian and I have friends and family working on superyachts,’ says Sara. ‘We had various conversations about what was available to superyacht crew to support them in teambuilding, or when they encountered meltdowns or issues.

‘The idea of working in superyachting came to me as a result of those conversations and we set up Crew-Glue two years ago. The next thing we looked at was who was already out there doing it and naturally, we fell upon Luxury Hospitality because they are the pre-eminent, biggest and most professional training company out there.

‘I got in touch with Peter and he invited me to join their leadership programme in Waterland, near Amsterdam, to see first-hand what they do. I loved everything Peter was doing and desperately wanted to work with him. Crew-Glue gives people access to fantastic strategies for working better together but it doesn’t have the market penetration that LH has, and it was always an ‘as well’ business alongside The Daisy Gray Partnership.

‘It deserves more than that so it made perfect sense to collaborate with Peter and finally nailed him down at the Monaco Yacht Show last year!’ 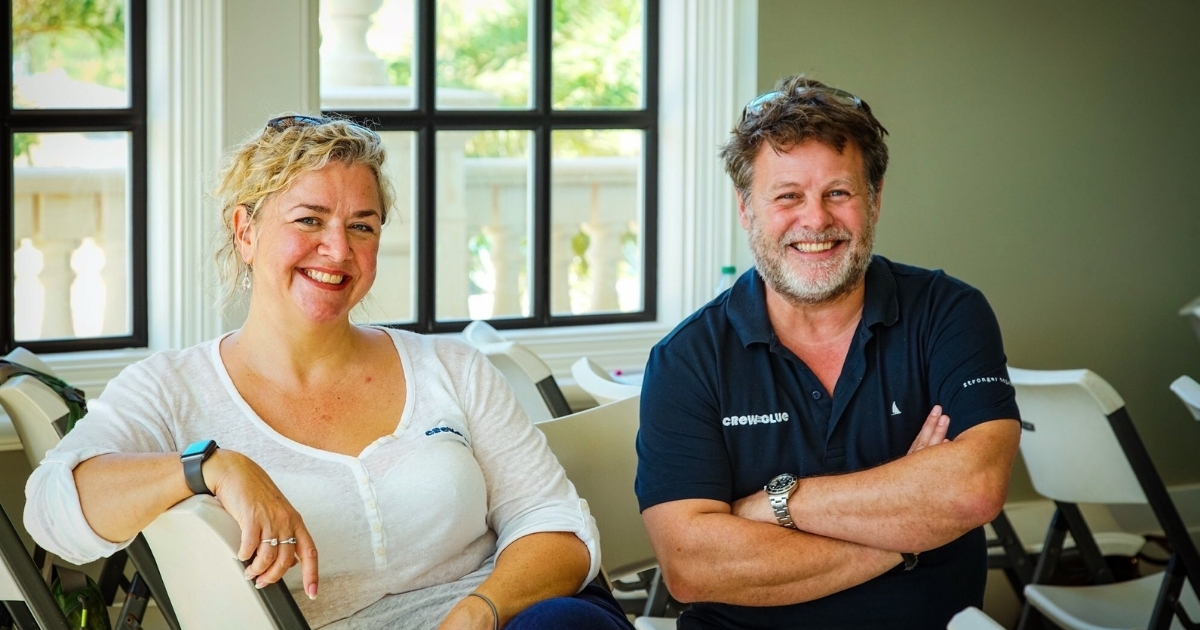 The pair shared an instant chemistry having met at industry events and parties and decided to establish a working partnership with Crew-Glue team building being powered by Luxury Hospitality but with each brand maintaining its independence and identity.

Adds Peter: ‘The main reason LH is in business is because we love helping people develop. Crew-Glue is built to help people and organisations and the brand appealed to me from day one but we don’t want Crew-Glue to be just another successful product of LH. It is its own entity, with its own drive and value that it brings to the market.

‘We’ve been doing three or four retreats a year, bringing our entire team together to learn and we asked Sara to inspire us and show us what she does. It worked perfectly, the whole team could see it made sense. It’s all about positioning our partnership in the market as something which stands out from what we do today. We knew we should unite and be stronger together.’

With an influx of non-maritime blue chip companies including Porsche approaching LH, the timing couldn’t be better. Crew-Glue will concentrate on offering high performance team building on yachts between 40 – 60m - a sector of the market which is still under catered for - while LH will focus on 60m+ and entire yachting crews.

‘This market has an average of 10-16 crew members and has huge potential for light team building,’ says Peter. ‘LH has a lot of big boats which have a department looking for this and it would be a Crew-Glue offering for the interior or deck crew. If it involves training the whole crew, that would revert back to LH. We will be complementary to each other.’

With a brand new website launched this month, Crew-Glue offers courses ranging from one to three days which run physically as well as online through virtual workshops.

Sara hopes the collaboration will spell out the importance of being proactive, thereby saving time, money and morale in the long run. ‘Our aim is to develop an unbroken chain of communication,’ she adds. ‘When something goes wrong, whether in service or safety, the root cause analysis invariably points to a breakdown in communication. 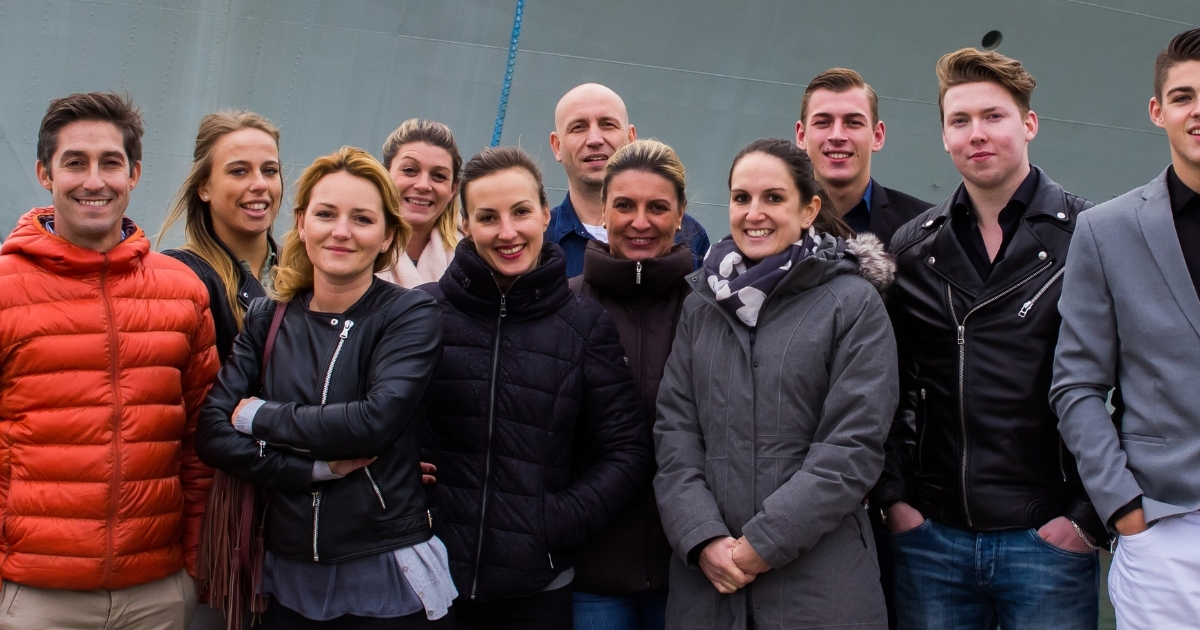 ‘Prevention is better than cure. Sometimes we’re coming into a team that has fractured but managing those situations is something we’d like to avoid. Better to build them strong so that these situations don’t occur. We can do the retrospective stuff but the proactive stuff will always be preferable and a lot less costly for the boat and management company. The return on investment is clear.

‘Many people get team building and team bonding confused. Bonding is about going out, having a few drinks, doing karaoke and having a laugh! It’s not the same as team building, introducing cohesive communication strategies, understanding when to talk and when not to talk and appreciating that healthy conflict is key to achieving safety in service at the highest levels.

‘Essentially we will be expediting the team building process, giving crews a power surge and enabling three months of understanding each other to be achieved in just two days.

‘It’s incredibly powerful to see a team dynamic change from the beginning to the end of the day. It’s phenomenal to watch disparate crew cliques change when they see they have more in common with others than they realise. It gives people the language to address some of the conflicts which isn’t personal and takes away accusatory finger pointing, making communication normal. ‘Corporate businesses have had access to this for years, it’s built into their strategy, and now superyachting will benefit from it too.’

Peter believes the yachting industry can close the gap despite being late to the leadership party and credits Microsoft co-founder Paul Allen’s visionary attitude as a key factor in the more business-minded approach in superyachting. ‘In my eyes, this corporate approach was introduced by Paul Allen, who encouraged us to go through the kind of leadership training we are now doing back in 2003,’ explains Peter.

‘In the last decade or so, boats have become bigger and that has been a huge catalyst for change. Dealing with a €250 million boat with a €30 - €40 million annual spend is big business and the superyacht world is now seeing the necessity for effective leadership and team building. It’s exciting to watch the industry finally start to embrace this’

It’s exciting to watch the industry embracing this in recent years. With this comes a great opportunity for us to unite in creating even better experiences for owners and charter guests alike.