The Crew Coach: Bridging the Generation Gap with Younger Crew 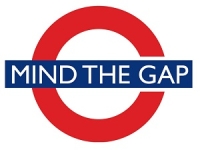 “Most of my crew had been with me a very long time, most more than five years, a few even more than 10, but several just left at once to climb the ladder or move ashore. So I’ve just had to hire quite a few young crew to fill the gaps, and they’re turning out great: energetic, enthusiastic and full of new ideas.

To my surprise though, my remaining longstanding crew are resisting any changes to the system and culture we’ve had for years. They’re being surprisingly stubborn about it, and some are even going so far as to not make the newcomers very welcome. How do I find a way to bring harmony to this crew of two halves?”

Well, this is a happy turn up for the books. I’m often faced with Captains bemoaning the different behaviours of their younger crew, so it’s nice to hear that you’re seeing the many positives of the ‘Millennial’ generation. It’s fascinating that your older crew are resisting the change, although not all that surprising. They’ve probably become extremely comfortable over the years with a stable team and a fixed way of doing things, so it sounds like they’ve become a bit set in their ways.

Change is hard on most people, and yacht crew particularly so. After all, when a group of long-term crew leave at once, those that stay behind lose friends, cabin mates, and colleagues all in one swoop — and then have to make a major readjustment to living and working with replacements who are in this case probably 10-15 years younger than them. Even those of the original crew who weren’t great mates were still accustomed to each other, and that’s a cohesive bond in a crew, because work and life onboard runs along familiar patterns with few surprises.

The ‘better the devil you know’ maxim is alive and well in yachting.

From their perspective things have taken a turn for the worse, as there’s a bunch of loud, excitable, young people coming in and seeming like they’re taking over and not paying respect to the old ways. In other words, you’re facing a generational shift and it takes skill to manage it well.

You’re clearly a great Captain and a good person to work for: you wouldn’t have had such remarkable longevity if you weren’t. Your existing crew must respect you, so you’re in a good position to make this transition smoothly, and here’s how I would go about it.

For the first step, I would have a quiet private word with your original crew, assuring them that things won’t change too much, and asking them to welcome the new crew as a favour to you. Reframe this for them as an opportunity, and a challenge. Many yachts are struggling with a generational transition at present, and this is a chance for your crew to show that you can overcome the generation gap.

One of the biggest disconnects between younger and older crew is that the younger crew don’t ask for help and the older crew don’t offer it – so you can show them how to bridge the gap here.

Ask your older crew to take these new recruits under their wing and have a chat with them about where they want to go in their careers. Once they know what they are trying to achieve, they can position themselves as the mentors that can help them become the senior crew of tomorrow. Let your yacht be a great example of how it should be done.

Also impress on your original crew that change is exciting, as you have said! They might learn something and find better ways of doing things, and they might even reconnect to the fun and activities that drew them into yachting in the first place. Some of your younger recruits will have come from other boats so may have learnt some really clever ways of doing things that your older crew haven’t been exposed to because they’ve been on one boat for so long and always done things the same ways with the same equipment and same products. This could even be useful for your older crew if they are going to move on at some point – it will broaden their skill base.

It’s important therefore not to dampen the new crew’s enthusiasm or stomp on their new ideas. Create an environment where they can make suggestions about different ways of doing things, by asking them (nicely!) to explain the merits of their idea and how it might improve things. If the idea is good, ask their HOD to trial it for a week, then let the HOD decide whether to adopt this new method or idea.

You also need to have a quiet word with your new recruits and insist that they pay respect to their senior crew. Particularly because they are strong in number, it will be all too easy for them to form a block and discount the older crew if you don’t intervene and encourage them to assimilate. Crew dinners, outings and group training will speed up this transition process, along with doing some fun things together like paintballing or something similar. I

t’s good to pair up with another yacht to do these things so you are one crew against another – that’s a fast way to get your lot to all be on the same side.

There’s a good chance that this stage of discontent will pass of its own accord in time as everyone settles into a new routine, but as a strong Captain you have the opportunity to make this a much easier transition on everyone and prevent conflict before it takes form.