Crew Life » Career & Training » Blockchain - Coming Soon to a Certificate Near You?
« BACK

Blockchain - Coming Soon to a Certificate Near You? 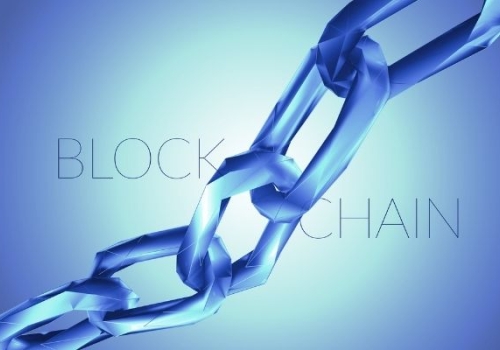 Even five years ago there were questions about security of digital certificates. Paper certificates have always been somewhat susceptible to falsification in one way or another. Over the years these risks had been managed down to a level that the industry and our regulators were willing to accept. The security challenge for e-certificates was, and is still, twofold. The first was to ensure that any e-certificate replacing an existing paper certificate provided at least the same level of security as the old paper certificate and, quite frankly, this was always relatively easy to see happening. The second challenge is to future-proof the e-certificate system to make it truly transformational.

The key to the security of e-certificates is the concept of trust. How can we trust that an e-certificate is authentic, is what it says it is, and has not been altered in any way? There are several approaches to this – most of us have come across digital signatures on digital documents or attached to emails. Indeed, the PYA has already started issuing a Digital Service Record Book secured by a digital signature and this has been approved by the United Kingdom’s Maritime & Coastguard Agency (MCA). For context, it should be pointed out that this is a long way from a simple picture of a written signature added to a document – digital signatures are complex algorithms that are unique to the original document.

Some of us will have heard of the term Blockchain, most probably in connection with cryptocurrencies, such as Bitcoin and Ethereum etc., that use the technology to secure the records at their core. Cryptocurrencies are just a very tiny subset of Blockchain technology and, although we might have a view about the speculative nature of cryptocurrency, the undeniable fact is that the records in the Blockchain can be trusted. Trust is the key to how they work.

The simplest way to look at Blockchain is as software with special features to distribute data in a trusted manner. To do this, Blockchain fundamentally addresses the issue of provisioning trust in a process between parties, even parties that may be completely unknown to each other and/or non-trusted by the other. It is this trust in a process that differentiates it from digital signatures and similar approaches. It is also the key to making e-certificates transformational.

At the heart of any Blockchain implementation are the concepts of a distributed network, immutable records and transparency. A distributed network – one where each point on the network has multiple paths to every other point on the network – is incredibly resilient. Copies of the entire blockchain are kept at multiple points in the network and, by design, the Blockchain is immutable (nothing can be changed). Finally, transparency is built-in as many users (or sometimes, all) can see what is happening in real time.

In the maritime world, Blockchain use cases that are already commonplace include container documents (TradeLens), and marine insurance (Insurwave). Over a billion transactions monthly are being done via these platforms!

Blockchain solutions are now being introduced for processes as diverse as ship registration, port clearances, crew certification and even MARPOL. All these processes share complex steps with multiple inputs from many authorities and other stakeholders. Blockchain works best in collaborative settings, even between parties who are not normally collaborators or who might even be completely unknown to each other, and the emphasis on trust in a process makes it an ideal glue to bind the entire process together – in real time and in an automated way.

Blockchain enabled e-certificates are dynamically generated in real time by connecting to authentic data sources. Every data field of the certificate is verified from its original source. The benefits are instantaneous fraud detection, the highest level of data security, regulatory compliance and data privacy (GDPR compliance can be built in).

For seafarers, a blockchained crew certification process which is as automated as possible, and which is at least as secure as current process is an attractive proposition. The Philippines is very close to going live with such a system “N-CAP” that combines inputs from training providers, medical examiners and national authorities, checks that all is correct and issues the necessary certificates. The seafarer has everything on an app on a smartphone or similar device.

A blockchain implementation of the port clearance process reduces the administrative burden on ship’s officers at what is usually a hectic and stressful time. A pilot scheme “N-MAP” has been completed in two Spanish ports and full rollout is imminent in both as well as in number of other Spanish ports. The Spanish authorities are also carrying out a pilot study of a blockchained MARPOL reporting process whilst Denmark and Singapore both are working on pilot implementations of the ship registration process.

In summary, Blockchain offers the potential of a step change across the industry. The PYA will continue to watch closely as the various pilot schemes develop towards fruition.

Captain Stephen Thomas is a PYA Council Member and a member of the Advisory Board of Navozyme, who are active in the field of maritime implementation of blockchain solutions.