Crew Life » Career & Training » Ask The Recruiter: Will The Future of Dockwalking Change?
« BACK

Ask The Recruiter: Will The Future of Dockwalking Change? 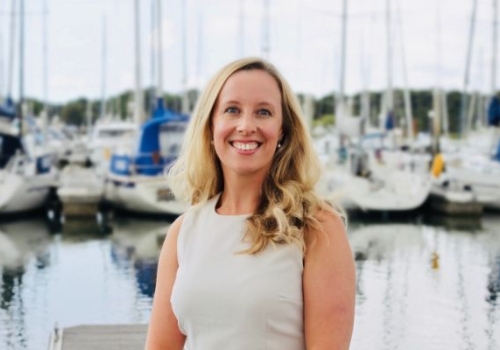 It’s mid-February and already our inboxes are becoming busy with new crew asking questions about how they can get into the industry: what courses they should do and how should they go about finding that first job?  In any ‘normal’ year the answer would be for crew to head to South of France or Palma in order to dockwalk, pick up day-work and be in the area to meet captains face-to-face.  However, this is no normal year: our advice, especially to British crew, has unfortunately had to be rather vague. So, what’s been going on and what’s in store for the future of dockwalking?

If you type ‘dockwalk’ into Google today, one of the top search results that comes up is ‘Dockwalking France Brexit’ – something which would not have even been on the radar a few years back, and although we have been thinking about it at WH for a while, it is only very recently that we have seen industry discussions around this. This year of course, it has been overshadowed by Covid.

We have now lived through over a year of restricted worldwide travel, something which has hugely impacted the yachting industry. Causing endless issues for pursers, captains and managers trying to arrange leave and flights for existing crew, we have seen the repercussions on the recruitment side also. So, when the phone calls started coming in early this year from new crew wondering how they could find their first job, we found ourselves unsure of what to advise.

Rules regarding travel varied hugely depending on where the crew member was from, and although the vaccine was starting to be rolled out, it clearly would not be quick enough to allow normal travel again by the beginning of the dockwalking season. Some Europeans found it easier to cross borders, but with so much confusion and rules changing continuously, it’s meant that many crew have stayed at home, sadly far from any daywork or dockwalking.

However, in terms of future travel and Covid restrictions, we have no doubt that the future is bright. The Crew Grapevine have reported 70+ crew staying with them currently, with people dockwalking and dayworking as usual, which is fantastic to hear and hopefully will only continue to increase as time goes on.

However, there is still a big question mark for us, especially in regard to British crew, and this is back to the issue of Brexit…

Prior to the UK leaving the EU, British citizens could enter and work in any European country very easily. As of January 1st this year, things changed quite dramatically, especially in regard to those looking for work. Although there has been a lot of talk about the 90-day limit, importantly the new rules do not legally allow Brits to be looking for work during this time. We are aware that this has also already been the case for many other nationalities - South Africans and Australians for example, but our concern is that we do not know how authorities in South of France and Spain will choose to deal with British crew trying to do the same (especially given all the politics surrounding the issue of Brexit).

At WH, we have for a long time been pushing for answers on Brexit related topics from our contacts in regional and national government as to how the changes will impact seafarers. While we are still in talks with UK government departments, there seems to be no clear guidance currently. Only this week it was suggested to us by a trade adviser that crew would need a work visa to dockwalk – when we pointed out that this would not be possible without a contract to join a yacht, it was met with silence.

Whilst not wishing to scaremonger, we feel it is an incredibly important issue, which although has been overshadowed this season, will still be there when international travel eases and is something British crew should be aware of, even if they decide to carry on as ‘normal’ anyway. Every day we see social media posts and articles wrongly advising Brits that they will have 90 days to look for work, which unfortunately is misleading under the current rules.

It will be interesting to see what happens over the next few seasons – no doubt many British crew will continue with their plans to travel to Europe in the hope of finding their first yacht job and hopefully we will see no change from the authorities and their attitude towards this. In the meantime, here at WH we will continue to stay informed and are on hand to share our honest advice and opinions with all crew, whether new or experienced.