The Crew Coach: Five Interview Questions Not to Ask 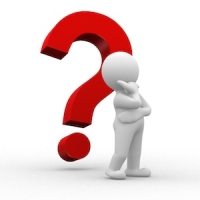 We’ve all been there at some point in our careers: seated opposite the interviewer while they fire questions at you left, right and centre. At the same time, you’re trying to say all the right things and give a good impression so you get the job. But there are some things best left unsaid!

Most experienced crew know an interview is not just to find out whether you can do the job. It’s also a chance to see if there is a good fit between you, the position for which you are applying and the crew dynamics onboard. Often at the end of the interview, they will give you an opportunity to ask some questions. The trouble is many people don’t realise their questions could actually make or break their interview… if you ask the wrong things, you could totally blow your chances.

Over my years of interviewing people in yachting I’ve heard several questions that immediately send the candidate into the ‘NO’ pile. To help you avoid that mistake, here are my top five questions you should never ask in an interview:

1. Does the position include an annual bonus / When will I be eligible for a pay rise?

If you ask for more money before you’ve even put foot on board, it reflects on you as being money-focussed, which could mean you care more about the money than the position. And if you’re only in it for the money, you can come across as being less passionate, less engaged and less likely to go the extra mile. Show a genuine interest in the job before showing interest in the money.

Don’t make the mistake of asking about time off before you’ve even ‘upped tools’. It doesn’t reflect well on your work ethic. Instead, it gives the impression you’ll be doing the bare minimum, clock-watching and taking every opportunity to skive off work. Research what is industry-standard when it comes to leave/holidays and if the job is offered to you, you can make your own comparisons.

3. Are crew relationships allowed on board?

This question shows a complete disregard for professionalism. And it shows that you’re more interested in personal relationships than the job at hand. It might be safer to ‘cross that bridge if you get there’ and not put your potential employer in a compromising position from the start.

4. What freebies do we get?

Captains are less likely to hire crew who have a ‘me me’ or entitlement mindset. Crew who complain like petulant children and say things like “I want” and “When can I get?” are a red flag for employers. If you ask a question like this in an interview, you give off the impression that you want, want, want but don’t have much to give, give, give.

Anyone will tell you that confidentiality is paramount in the yachting industry. In most instances, yacht owners prefer to maintain their privacy to the outside world. When going for a job it should not matter to you who owns the boat - at the end of the day, you are there to perform at your best regardless of who the owner is.

Remember, the questions you ask in an interview say so much about you as potential new crew. Avoid these five questions when you’re next in an interview and instead ask questions that are professional and relevant to the position. Make an effort to show your genuine interest in the position and the people you’ll be working with, rather than the perks of the job, and you will find doors open much faster for you.

Do you have any other examples of inappropriate interview questions? Please share them in the comments box below.